Pabrai Investment Funds owns Fiat Chrysler Automobiles stock and General Motors Class B Warrants and highlighted those investments in the most recent investor letter. But perhaps the most interesting commentary in the letter, which was reviewed by ValueWalk, wasn't what he said about those two automakers. It was what he had to say about Tesla Motors.

Tesla's cars are "awesome"
Mohnish Pabrai, Managing Partner of Pabrai Investment Funds, explained in his July 14 letter to investors why he thinks Tesla, one of the most-watched auto stocks on the market, is not a threat to Fiat Chrysler or GM any time soon. He penned a lengthy section on electric vehicles and the possibility that they might become a headwind for the two automakers. However, he doesn't believe they will be, at least not within the timeframe his funds are "likely to own these stocks."

He does like Tesla's cars, saying that the automaker makes "awesome cars" and adding, "I love Elon [Musk]." He called Tesla's CEO "a one-in-a-billion human being," but he believes that it won't be long before the industry clones everything Musk comes up with. He notes that GM is beating Tesla to the punch with a mass market long-range pure EV. The Chevy Bolt is expected to land on the market in high volumes a year or two before the Model 3 is released. It will also be priced lower than the Model 3, plus consumers can still get the $7,500 federal tax credit with the Bolt, although the Model 3 will not be eligible.

"In the next five years, I expect there to be at least ten Model 3 clones on the market," Pabrai wrote.
Tesla is wasting money

Are Small Caps A Better Bet In The Current Environment?

Are Small Caps A Better Bet In The Current Environment? by Estimize The fourth quarter earnings season, in a word, has been underwhelming. The S&P 500 index reported a decline... Read More 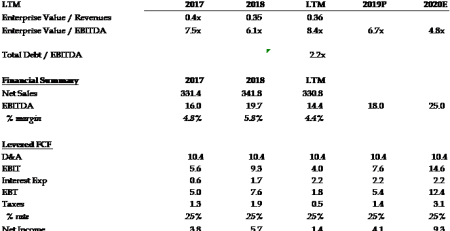 Two Important Changes To How We Think About China: Michael Pettis

Anyone who’s heavily invested in China has been on the lookout for signs of a hard landing for at least a couple years now, so it’s not surprising that... Read More

Asset Managers Could Get EPS Boost From Strong Returns

How Spanx Got Me An Interview With Warren Buffett

While working on my book Getting There: A Book of Mentors, I found myself at a charity event with business legend Warren Buffett. The idea for Getting There was... Read More