Walter Schloss was a legendary value investor and some might call him the last traditional value investor. Schloss was an old school value investor. He looked for bargains on a price-to-book basis, preferring stocks that were trading at 52-weeks lows over other opportunities. He spent several years working with Benjamin Graham before moving off to start his own fund during 1955.

Schloss was one of Warren Buffett’s ‘Super Investors of Graham-And-Doddsville,’ a select group of devout Graham disciples who made money buying deep value securities. While the rest of the financial word chased hot growth stocks in the 80s, 90s and 2000s, Schloss stuck to his deep value roots and generated huge returns.

In 2007, leading up to the global financial crisis, the value of a Wall Street reputation was less than today, a Greenwich Associates report benchmarks. To boost the reputational... read more

Sandler Capital Management had a difficult 2013, with the gains they made on long positions getting dragged down by the pummeling the fund took on its short positions. Managing... read more

In 2017 Letter, Seth Klarman Worries About Radicalization Of Youth

There is a battle going on right now, and most people have no clue about it. The battle is for the soul of democracy. This battle, oddly, isn’t about... read more

Hutchin Hill, an alternative asset manager  gained recent fame from its trades against JPMorgan Chase & Co. (NYSE:JPM) "London Whale." The fund has some interesting new positions according to... read more

Google Inc (NASDAQ:GOOG) released its earnings report for the three months ending September this afternoon after the bell rang on Wall Street. The search giant showed earnings of $10.74 ... read more 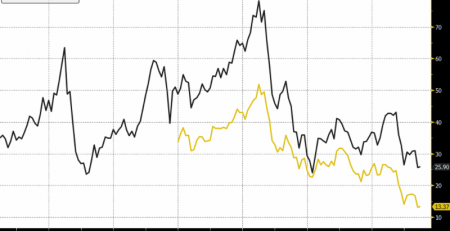 May was a more difficult month for hedge funds, as evidenced by the growing number of monthly return sheets we have received. The energy-focused owned partially by KKR, BlackGold... read more

Funds With High Expense Ratios Have The Worst Returns

Research from Morningstar shows that funds generally underperform by the same amount that they charge their clients, though there is a lot of variation Low-cost index funds have put a... read more