2016 proved the impossible was not only possible, it was global.

Negative interest rates. Brexit. President-elect Donald Trump. All symptoms of a larger sickness: people are tired of the path of least resistance. Historically, politicians on either side have taken this path, kicking the can in favor of easy wins during their term.

The result is now the world is awash in debt. What’s more, any actions taken to address it (like raising taxes and cutting funding for social programs) is paramount to political suicide. Meanwhile, Trump’s view on debt is: if you borrow enough, debtors become partners.

It all points to a world in which the $19 trillion in debt America owes will be a number that rises, not falls. With the global debt levels nearly three times their pre-credit crisis levels, we are not alone.

At some point, however, that status quo will lead to more debt than a country can manage.

As Japan has found themselves struggling under a similar burden, they’ve printed money, hoping to devalue their own currency and default. Yet, Japan’s massive quantitative easing measures have had increasingly fewer effects since the 1990s. Despite the weakness of its economy, Japan has $6 trillion of debt in negative rates while the U.S. is forced to pay to borrow money.

Now, the rest of the developed world is taking a hint from Japan and is printing money in an attempt to deflate away their massive debt. However, since currency markets are relative, meaning when one currency goes down another must go up, no one can make any headway. Instead, at its peak nearly 40% of all global debt had investors paying for the right to own it.

We’re neck deep wading through the path of least resistance. So how did we get here? And, more importantly, will we get out?

Longboard Funds – The beginnings of the path of least resistance

We could go back to the beginning, but let’s start at the new millennium.

Global patterns were similar. As an example, the European Central Bank swapped holdings of Greek government debt by forcing private sector creditors to accept a more than 53% loss on holdings. This showed that no one was safe from too big to fail. Currently, Greece is even taxing cash withdrawals.

All of these points seem like random events until you look at them all as steps on the path of least resistance. They all point at kicking the can to appease people today only to pay the price tomorrow.

Are we now at a turning point?

As countries see that QE is having less and less of an effect, they are trying to make government bonds unattractive to hold. If governments continue to force investors to accept extremely low interest rates, savers may suffer from a high opportunity cost. Today, savers are losing opportunity cost from low rates. Investors are fleeing from historically safe haven assets to those with more risk. Even economies are continuing to monetize in hopes that currency decline will bail them out of their own debt situations.

In effect, this reduction of QE measures is evidence that the path of least resistance is starting to show its cracks. Historically, when these fiscal and monetary policies lose their juice, civil unrest and nationalism rises. As the distance between the haves and the have-nots grows, the likelihood of Brexits and Trumps elevate.

What could happen next

However, even Trump can’t come in and gut America’s entitlement programs or make trillions of debt disappear in a day. And as such, we can look to the past to guide a future prediction – the path of least resistance will remain. The future could pan out something like this:

Choose your own adventure

The next step contains a choice for the U.S. and the rest of the developed world: war or a peaceful compromise?

Since any global war would likely lead to the nuclear destruction of life as we know it, global leaders will (hopefully) choose the only other solution available to them. Especially if it’s a solution much more in line with the path of least resistance: a peaceful compromise. Here’s how that could work:

It may seem radical, but when the only other choice is war, it may also seem necessary.

Of course, corresponding securities laws, banking laws and international treaties would be passed in order to try and curtail an event like this from happening again. But once developed nations are free from crushing debt, real economic growth and a new cycle of prosperity could emerge. For those emerging countries not in the debt-relief club, the high foreign ownership of their own debt will leave them flat-footed as a new race to the top emerges.

But saving major economies and sacrificing smaller ones is par for the course on the path of least resistance. 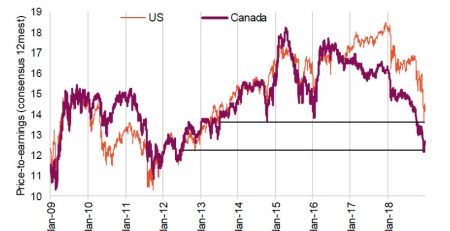 UBS analysts Colin Langan and Rahul Chadha look at General Motors Company (NYSE:GM) in light of its recent recall and subsequent DOJ investigation, noting that while on the surface things... read more

The Effects Of Uber's Surge Pricing: A Case Study by Chicago Booth Jonathan Hall, Cory Kendrick, Chris Nosko Uber is a platform that connects riders to independent drivers (“driver-partners”) who are... read more 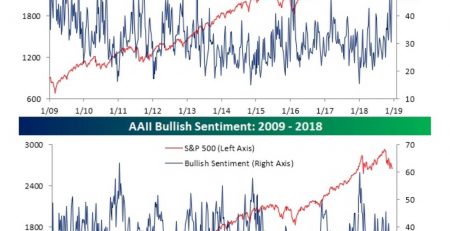 Charts That Matter: There Is Just Too Much Bearishness

I think we are in early stages of bear market, with very poor returns for equity investors in the years to come. But it seems looking at the chart... read more

On Monday, Pep Boys’ board indicated that billionaire Carl Icahn has increased his offer to acquire the auto service retailer to $16.50 a share, topping a $15-a-share bid that... read more

It was a little note in a Greenwich study that raised a fascinating topic for those interested in market structure. When evaluating causation of dwindling volume in European fixed-income... read more