Canadian banks, dependent on the nation’s increasingly indebted consumers, were downgraded by Moody’s Wednesday, and on Thursday the bank was out with a research report downgrading the economic prospects for the nation. In a research report, Moody’s pointed to consumer indebtedness and the bank's vulnerability in the case of an economic downturn as causation for the decision. The Canadian dollar was sharply lower early Thursday morning against the US currency but has . . .

Eton Park Capital Management has published its 13F for the period ending December 31 2012. The hedge fund, which was founded by Eric Mindlich in 2004, made a brave... read more 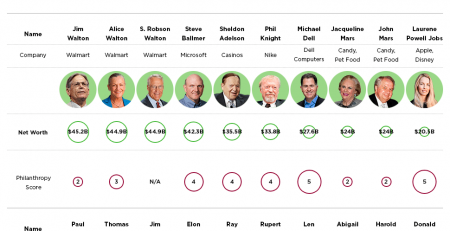 Becoming a successful billionaire is the dream of many Americans. But often times people are more impressed by the charitable actions of billionaires, rather than by their success. This... read more

What do big hedge funds, institutional investors, pension funds etc. have in common with Millennials? If you guessed safe spaces you are correct! We live in uncertain times and it... read more

U.S. Investors Rewarded For Diversification in 2016

Carl Icahn disclosed Wednesday that he increased his stake in Nuance Communications Inc. (NASDAQ:NUAN) to 18.72% up from 16.9%. Icahn has big plans for the company as ValueWalk first... read more

What Saudi-Iranian Tensions Mean For Oil Prices In 2016

What Saudi-Iranian Tensions Mean For Oil Prices In 2016 by Russ Koesterich, CFA, BlackRock A prisoner's dilemma game of sorts between Saudi Arabia and Iran has big implications for... read more

Institutionalizing Countercyclical Investment: A Framework For Long-Term Asset Owners by IMF Prepared by Bradley A. Jones Abstract Do portfolio shifts by the world’s largest asset owners respond procyclically to past returns, or... read more

Crispin Odey Is Back In The Black And Rooting For Trump Tax; Expects 7% Inflation Soon

2016 was a year vocal hedge fund manager Crispin Odey would rather forget. As markets charged higher, Odey’s bearish bets backfired and at the end of the year, his... read more