Just bought quite a lot more DUPD – at an average price of just over 13p. .

I covered DUPD in a number of posts…

The investment managers Dragon capital have bought 10.69% from J&T Securities Management Limited this means they hold over 30% so need to make an offer at 13p for the rest of the company according to the takeover code.

I have bought as we are awaiting details of their offer.  I strongly suspect it will be higher than 13p, and even if it isnt, given that the bid price is at 13p you can just buy and sell the shares back for almost what you paid – getting a lot of optionality and paying next to nothing for it.

DUPD – IT trading at near cash value, discount of 75%

DUPD – He who turns and runs away….

DUPD – beginning to realise but price not rising.

Figures are laughably out of date but the argument still applies.  This is an out of favour, liquidating investment trust.  I have held it since February last year.

Short story behind this is that lots of money was raised at the top, invested and now we are picking through the remains.

There are reasons to suspect assets could be underpriced on the balance sheet.  Against the market they value their Arricano shopping centre holding at a discount of 70% OK its illiquid but I’m not sure its that illiquid.  They hold lots of little bits of land – near impossible to value as an outsider.  Even if we trust their valuations – which I dont, the company is worth $48m, I also notice on the balance sheet they have a large amount of accumulated losses ($225m), not at all sure as to the position in Ukranian tax, but this might be worth something for somebody.  This suggests losses can be carried forwards indefinitely in the Ukraine…

At the current price the offer is worth $17.62m.  Independent directors to me seem unlikely to recommend accepting an offer for less than 37% of what the company is worth, but I’ve been surprised before…

Further, large shareholders may no longer want the company managed by an investment manager which wants to take it off their hands and the inherent conflict of interest this could create.

Lars Earnst Bader (Hedge fund guy) busy buying all day at 13p went from 10.9% in the morning got to 15% as at close of business.

I think there is an element of risk on both sides, the investment management agreement expires in December 2018.  As a related party management can’t extend it themselves.  They dont have the votes to delist / do too much else unpleasant. particularly with the nature of the other shareholders, as Ukraine’s largest investment bank its well worth them owning this and equally its not in the interest of other holders to be too unreasonable as they can’t properly monetise it or manage it either….  I would also hope that as a large Ukrainian investment bank they would have a bit of a reputation to uphold so can’t behave too badly…

There is some risk here, it is possible for the takeover panel to waive the requirement to make an offer (I dont think they will).  It is also putting money into ukraine – not the most stable part of the world.

My holding has increased from 2.7% of my portfolio to 13% and I am considering upping it further on weakness.

If you are interested in this dont pay the offer of 15p, get a broker such as IG or interactive brokers that lets you sit on the bid via a limit order and still get filled…  Bizzarely people have been selling.

Coca-Cola board member and IAC Chairman Barry Diller apparently doesn’t like to read the fine print. One little noticed aspect of Diller’s appearance on CNBC Squawk Box yesterday were his... read more

VC Raised In 2015 Nears Decade Record; PE Fundraising Slips by PitchBook How is fundraising evolving? Introduction Investors’ perception of risk matters as much as the degree to which risk has materialized.... read more 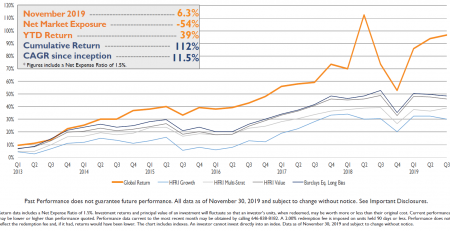 Though Japan's latest stimulus could help ameliorate the negative impact of the stronger yen, Credit Suisse analysts see little change of an end to deflation in the near term.... read more

A Credit Suisse report notes the most disconcerting aspect of the recent market turmoil is not the size of the decline – “size doesn’t matter” – but rather it’s... read more