As Baupost’s President and Head of Public Investments Jim Mooney looks at the current volatility landscape, he uses a mathematical logic that considers the mechanics of how leverage impacts the risk management terrain. His logic (and likely that of his famous boss, Seth Klarman) is that statistically abnormal volatility – the CBOE VIX index was knuckle dragging near 9.50 in early Friday trading – leads to higher market leverage that is increasingly common to document as systematic, algorithmically driven strategies dominate markets. It is at this intersection that Mooney – known in part for his skills at finding value after a market disaster as evidenced by purchasing Madoff claims after that complex settlement process – thinks he understands what is likely to be the next “accelerant” to the market crash. Leverage and systematic portfolio adjustments could exacerbate the rush to the exit whenever that seemingly inevitable event occurs, Mooney told investors in a Q2 Baupost Letter reviewed by ValueWalk. 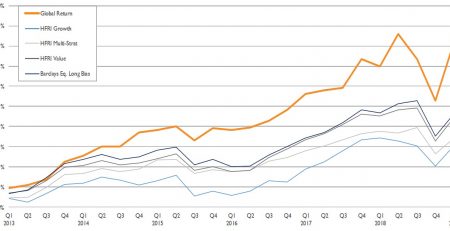 The year 2015 could see rising interest rates in a post-QE environment that will be overpowered by an expanding domestic economy, low absolute interest rates, strong corporate activity greet... Read More

JPMorgan Chase & Co (NYSE:JPM) is meeting with Attorney General Eric Holder today, according to reports that came in this morning. The two are meeting up in order to... Read More