More than half of large cap fund managers outperformed their benchmarks during the first half of the year, a remarkable comeback for active portfolio management. In fact, Bank of America Merrill Lynch says this is the first time this has happened since they started keeping data on it. They credit a handful of factors that drove this commanding outperformance among large cap fund managers, one of which was the massive size of their allocations to the FANG stocks (Facebook, Amazon, Netflix, Alphabet/Google).
Tech, Growth, Quality styles led in the first half
BAML Equity and Quant Strategist Savita Subramanian and team outlined these factors in a recent report. They noted that U.S. equities had their best start to the year in a long time as they continued reaching new highs in the first half of the year. In fact, stocks beat most of the other asset classes, with non-U.S. equities leading those other asset classes, even though there were some "defensive market internals" during the first six months of the year. 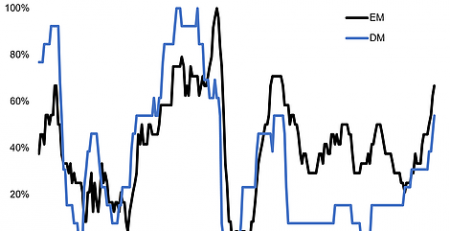 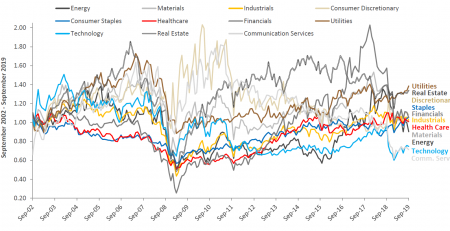 PRESENTATION RECAP @ 28/09 And THE PERILS OF BUFFETT INVESTING PART 1/2 via The Asia Report Get The Full Warren Buffett Series in PDF Get the entire 10-part series on Warren... Read More

Howard Marks Takes On Volatility As Measure Of Risk

Elliott Management Launches Another Assault At Samsung Electronics by Activist Insight Elliott Management grabbed headlines this week by launching its second assault on South Korea’s Samsung Group in as many... Read More

Retail Banking – In Tech We Trust

Retail Banking - In Tech We Trust by The Economist Intelligence Unit Executive Summary The digital revolution has moved from existential threat to potential survival strategy for the world’s retail banks. For... Read More

Hedge funds have been steadily shorting mining equipment manufacturer Weir Group Plc (The) (OTCMKTS:WEIGY) (LON:WEIR) for quite some time now. The net short interest in the London-based company is now... Read More