Overall, the outlook for the global economy in 2018 is bright, but there's one market that looks more susceptible to a correction than most.

Australia's housing market is one of the most expensive in the world when compared to average incomes. It's not only affordability that is concerning analysts.

Over the past few years, as home prices have pushed higher, buyers have rushed to get in on the action, driving leverage levels to record highs. As UBS analysts Scott Haslem and team noted in a research note a few weeks ago, the Australian household debt to income ratio has surged to a record high of 190% and household debt to GDP ratio, at 123%, is near the highest in the world. What’s more, the team pointed out that the mortgage repayment share of income for a new buyer – assuming principal & interest & 80% LVR on a median-priced home recently hit 28%, the highest level since 2008 and well above its long-term average 23%.
Australia home prices: Set for a pullback?
To a certain extent, rising home prices have helped offset some concerns about consumers’ leveraged balance sheets. Household wealth has skyrocketed to a record high of ~750% share of household income and while this has (for the time being) offset any concerns about homeowners' balance sheets, the resulting 'household wealth effect' has had a dramatic impact on household saving. According to UBS's analysis, the household savings rate has dropped further to <4% in the past year, which is the lowest recorded level since the financial crisis. This has supported consumption growing above income for many years.

The big question is, when will the music stop? Home prices cannot continue to rise indefinitely, and sooner or later interest rates will start to grind higher for Australian mortgage owners, putting pressure on cash flows and inspiring home sales.

The latest data seems to suggest that a pullback has already started. According to CoreLogic, prices fell nationwide by 0.1% last week in average weighted terms. Considering these figures, for the year home prices are now down 0.5% nationwide. Leading the charge is Sydney with the average home price in Australia's leading City down 1% year-on-year. According to CoreLogic, The number of homes for sale in Sydney is currently up 22% on the year. It looks as if some homeowners are already starting to take action.

According to analysis from investment bank Macquaire, the market is feeling some support thanks to an increase in competition for market share in household lending among Australia's leading banks. according to a recent report from economics the team at Macquaire, this competition will “ support the stabilization in housing prices and overall activity.” However, the analysts do not expect this stimulus to prevent falling house prices in the long term.

Specifically, they note “rising interest rates will eventually be a major stumbling block for housing prices.” The report continues, “the strong tailwind from the one-off decline in nominal interest rates over many years cannot be replicated.” As interest rates continue to grind higher throughout 2018, this market could face some substantial challenges.

Technology Stocks As A Proxy For Market Risk

Question = Can you explain the rationale behind many technology company valuations and recently sharp price moves upward notwithstanding the recent sell-off? Especially interested in FAAANG-CMT? Get The Full Macro... read more

Over 100 hedge funds have been given permission to sue Anadarko Petroleum Corporation (NYSE:APC), a BP partner for its role in the 2010 Deepwater Horizon oil spill. According to Reuters... read more

Trying to spot the next Financial asset bubble is a full-time job for investment analysts or pundits. There's always something out there that looks overpriced. However, bubble hunting is not... read more

JPMorgan CEO: We Will Listen To Shareholders

James Dimon, CEO and Chairman of JPMorgan Chase & Co. (NYSE:JPM) survived an attempt to split his roles at the company at the annual shareholder meeting today. The executive,... read more 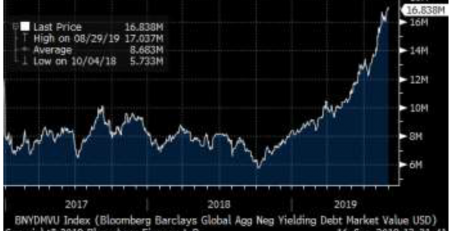 This Hedge Fund With A Sharpe Of 2.56 Warns “An Increasing Number Of Storm Clouds Building”

Deer Park Road's STS Master Fund was up 4.17% for August, according to the fund's quarterly investor letter. For comparison, the S&P 500 Total Return index was down 1.58%... read more

The Securities and Exchange Commission (SEC) is reviewing “hedge fund mutual funds” being offered to average investors, evaluating leverage risk in these “uncorrelated” investments. Mutual funds were designed as a... read more 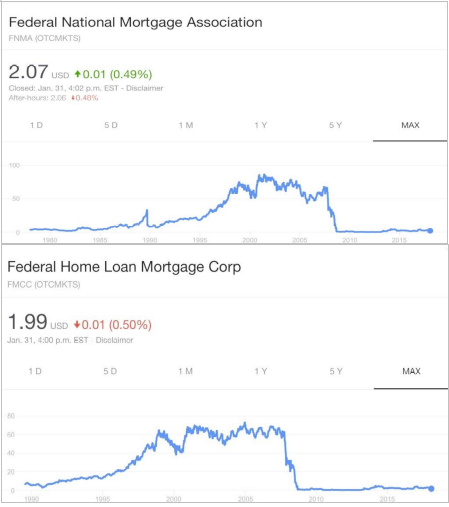 Philip E. Tetlock and Dan Gardner’s book, Superforecasting: The Art and Science of Prediction is a study of forecasting and warning for investors. The book looks at the results... read more