Over the past few years, China has become synonymous with debt. China bears have pointed to the region’s rapidly growing debt pile and dependence on debt for economic growth as the primary reasons why the country is heading towards the largest financial crisis of all time.

However, rather than waiting for a crisis to begin, Chinese policymakers have been proactive in trying to get the region to de-lever and these efforts peaked last week with the seizure of Anbang, the corporate flagship of dealmaker Wu Xiaohui and charged him with economic crimes. According to China’s insurance regulator, it took action because the firm had “illegal business operations which may seriously endanger the company’s solvency” although it stopped short of mentioning what these business operations are.

Anbang is one of several acquisition obsessed Chinese conglomerates that have exploded in size over the past decade following a spree of deals financed with cheap debt. Anbang gained international prominence with its $2 billion purchase of the Waldorf Astoria and a $5.5 billion hotels deal with Blackstone Group.

According to analysis from Swiss bank UBS, in mid-2017, Anbang held $315 billion in assets built up from an initial pot of $60 million when it was started by its founder.

Anbang isn’t the only Chinese conglomerate believed to be facing financial problems. Peer it is also believed that peer HNA is struggling to meet the interests requirements for its debt. In December, Citic Bank Corp. said a unit of HNA was having difficulty repaying certain short-term debts, just over a week after the Chinese conglomerate said it won’t default in 2018. The company has around $13.7 billion of dollar debt and $100 billion overall. To stave off a liquidity crunch, the company is trying to sell $16 billion of assets including some of the most expensive real estate in the world.

Analysts have mixed feelings about what any default could mean for credit markets. As Bloomberg has reported, UBS believes a default could lead to a spread surge across Asia:

“A default scenario would increase funding costs for high-yield issuers, mainly Chinese property companies and LGFVs, and could push out spreads on junk bonds in the region by 160-240 basis points, according to a Feb. 6 equity strategy note.”

“HNA is more of idiosyncratic case rather than systemic. Institutional clients and even China-based investors are not involved. Therefore the impact should be contained. Of course, if this happens on top of other negative news flow in the market, the situation could be different.”

It would appear that Chinese credit markets are more prepared for such an event today than they were just two years ago. A recent report from analysts at JP Morgan on the state of China’s banking sector notes that since mid-2017, corporate debt to GDP has been contracting sequentially for consecutive quarters for the first time since 2011, and it looks as if “intensifying regulatory actions are likely to drive further deleveraging.”

Deleveraging has been less painful than expected as GDP growth has remained robust so has deposit growth. Banks’ balance sheets are also starting to improve with a clampdown on wealth management products yielding results.

The JP Morgan report notes that thanks to: a) tightening on mutual fund subsidiaries and platform insurers; b) increasing interest rates on PBOC lending facilities; c) reclassifying off-balance sheet WMP into macro-prudential assessment; and d) tidying brokers’ asset management business in May 17, to ban the issuance of long-maturity negotiable deposits of certificates. The percentage of non-standard assets on banks’ books is coming down steadily, improving stability for the whole financial system.

So, China might be better prepared for an HNA default than it was two or three years ago, but is the rest of the world? 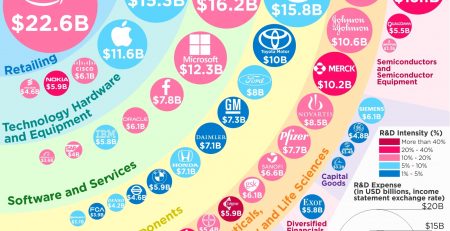 "Move fast and break things. Unless you are breaking stuff, you are not moving fast enough." So said Mark Zuckerberg, back when Facebook was still growing rapidly and not... read more

The U.S. federal government has a $3 trillion lending portfolio that is managed by three mid-level civil servants with no relevant experience, a Politico Magazine revealed. One such loan portfolio originates... read more

ENSCO PLC (NYSE:ESV) could be considered to be one of the few prospective value investments available on the market right now. Indeed, as I write, according to some broker estimates,... read more

Institutional investors are buying European and emerging market stocks while selling US equities and holding back some cash, that’s according to Bank of America Merrill Lynch’s latest Global Fund... read more 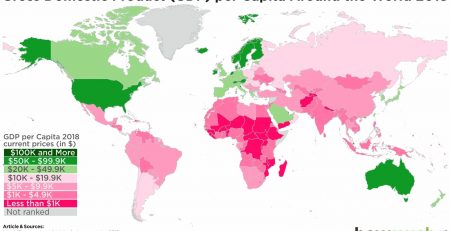 GDP per capita is a critical metric for understanding the economy. Q3 hedge fund letters, conference, scoops etc It’s a measure of a country’s economic output that takes into account the... read more

Bear markets beget portfolio losses, unhappy clients and, sadly, lawsuits against advisors. If you relied on any of the popular risk tolerance products to construct that portfolio, here’s how... read more

European multinationals are still some of the cheapest companies in the global universe today, says David Herro, the Oakmark International manager. via Morningstar David Herro: Look To Europe For Value read more