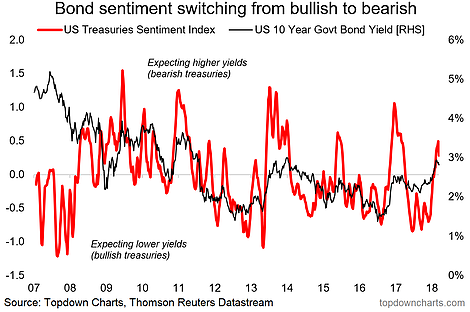 2018-03-18T20:26:19-04:00
In markets it’s important to be mindful of both the tides and the waves, and the latest weekly sentiment survey on Twitter provides some food for though on that statement in regards to the bond market. While equity “fundamentals” sentiment has been holding up well, bond market fundamentals sentiment has started to show some disagreement. And when we look at our composite measure of treasuries sentiment or speculative futures positioning across the curve, it appears the waves may change, even if the tide is still going out on bonds.
Specifically, when sentiment becomes stretched like this it raises the odds of a short-term reversal. It’s these short term moves that I refer to as waves. Yet it’s important to keep perspective on the medium term outlook, and the multiple breakouts in government bond yields (not to mention the changing tides in monetary policy and solid growth/inflation outlook globally) mean that the medium term bias is still to expect higher yields. So while the short term waves may be coming in, the tide is still going out on the global government bond market.
The main points and conclusions for investors are:
-Equity market fundamentals sentiment is holding up well, although technicals sentiment has been more volatile.
-There is some disagreement between bond market and equity market fundamentals sentiment.
-Our composite view of bond market sentiment has moved to extreme bearishness and thus the risk of a short-term reversal is elevated.
-Over the medium term the multiple breakouts in sovereign bond yields remain in play.
1. Equity Sentiment: The latest weekly survey results showed both fundamental and technical net-bullish sentiment fall on the week. Notably however, “fundamentals” sentiment only dropped -2pts whereas “technicals” sentiment dropped -14pts. This is a key observation, because it has been the surge in fundamentals net-bullishness that seems to have been driving the market upwards over the last 6-8 months.

2. Fundamentals Sentiment: Honing in on the fundamentals sentiment aspect, the chart below shows the smoothed fundamentals net-bullish sentiment for both equities and bonds (bonds is shown inverted, to make the signal consistent/intuitive in the context of equities). So far this year we have witnesses a slight but noticeable divergence between bond and equity sentiment. It’s important to think about this gap, because if it closes by bond fundamental sentiment becoming more bearish than that’s going to be accompanied by higher yields, and if it’s equities that give ground to the downside, naturally that’s a bearish scenario. 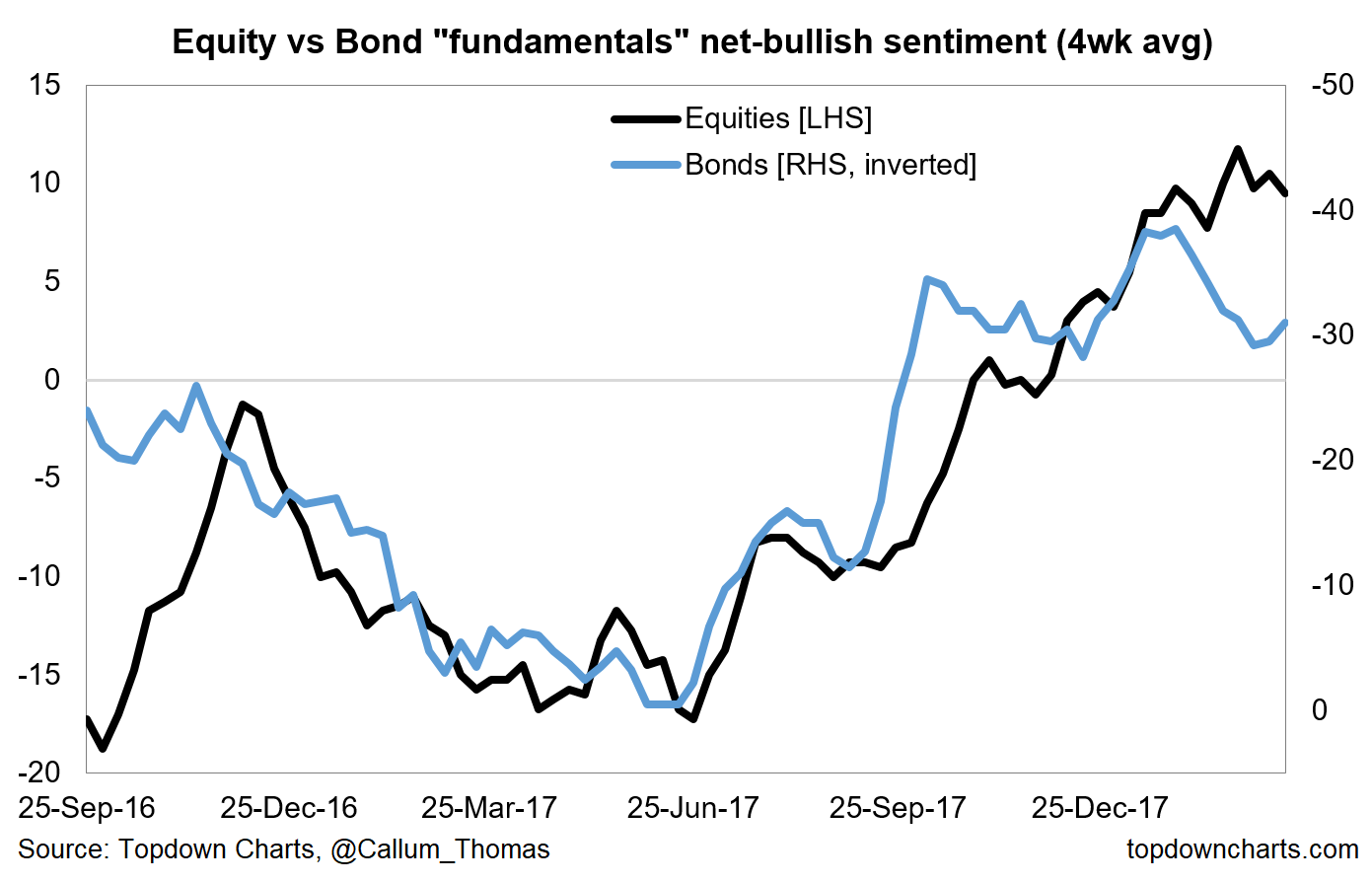 3. Composite Treasuries Sentiment: Thinking more broadly on bond sentiment, the below graph shows our composite treasuries sentiment index (incorporates futures, flows, breadth, and implied volatility). This indicator has switched fully over from extreme bullishness on treasuries to now extreme bearishness. Put simply, it;s around this point that the market becomes very vulnerable to a reversal, and we are potentially already seeing early signs of that. If you get a series of economic data points that come in below expectations e.g. the flash PMIs later this week, that could easily trigger a push downwards in bond yields. 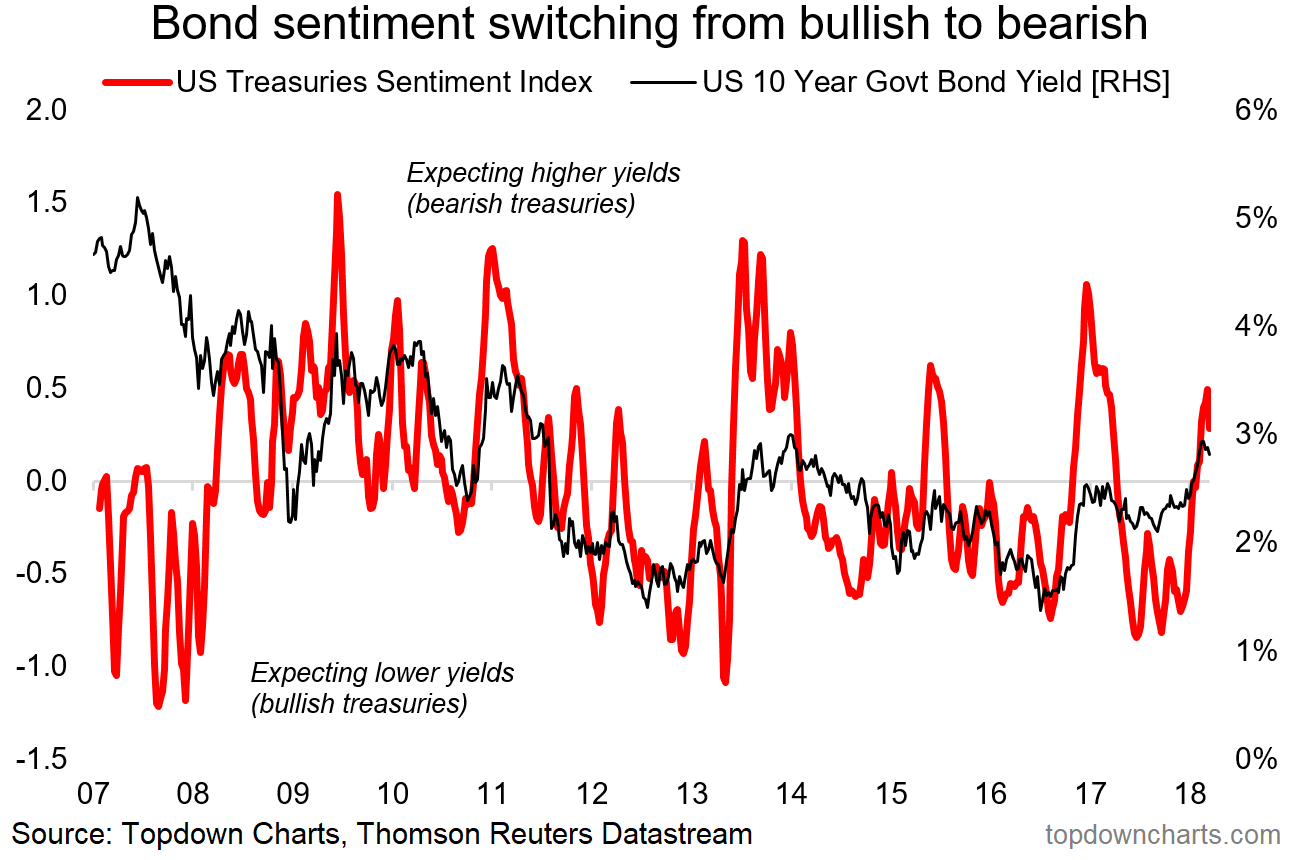 4. Bond Market Futures Positioning: Looking and speculative futures positioning across the curve in treasuries, traders are most bearish on 10-years and 5-years, yet as of the latest week’s COT report there is still heavy longs in the 30-year. We can speculate on whether the longs in the 30-year are smart money or not, but what we can say is that the shorts on the 10-year are pretty heavy and I’ve said it before – you always want to pay attention to extremes in markets, particularly in sentiment/positioning. 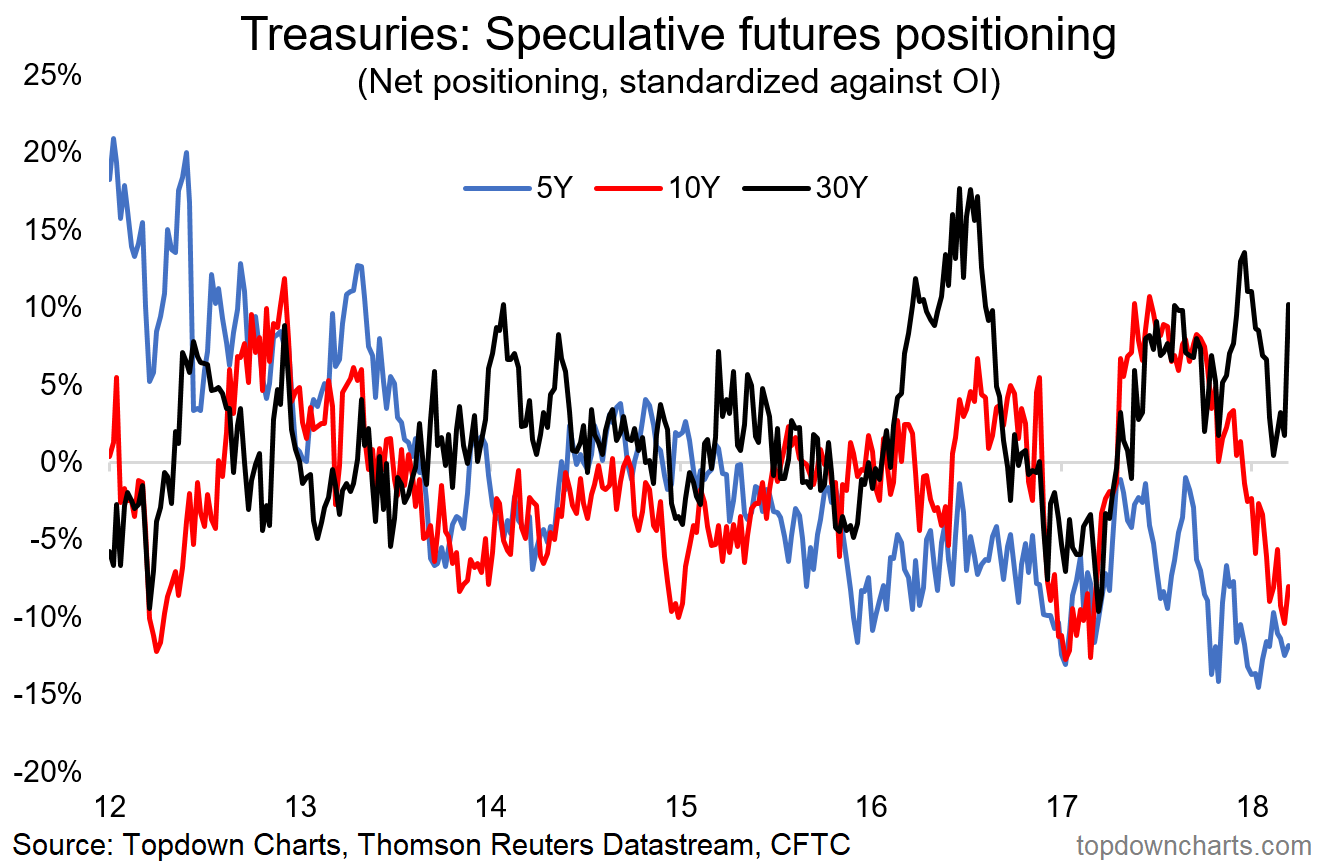 5. Bond Market Breakouts: To round out the bond market outlook, while the last couple of charts appear to argue for a pullback in bond yields, it’s important to keep the sovereign bond breakout monitor in perspective. With the exception of the mostly BOJ owned Japanese government bond market, 10-year government bonds are in the process of breaking out across the major markets – and I still think that it’s this chart that sets the medium term tone for government bond yields, even though the short-term sentiment view looks counter-trend. 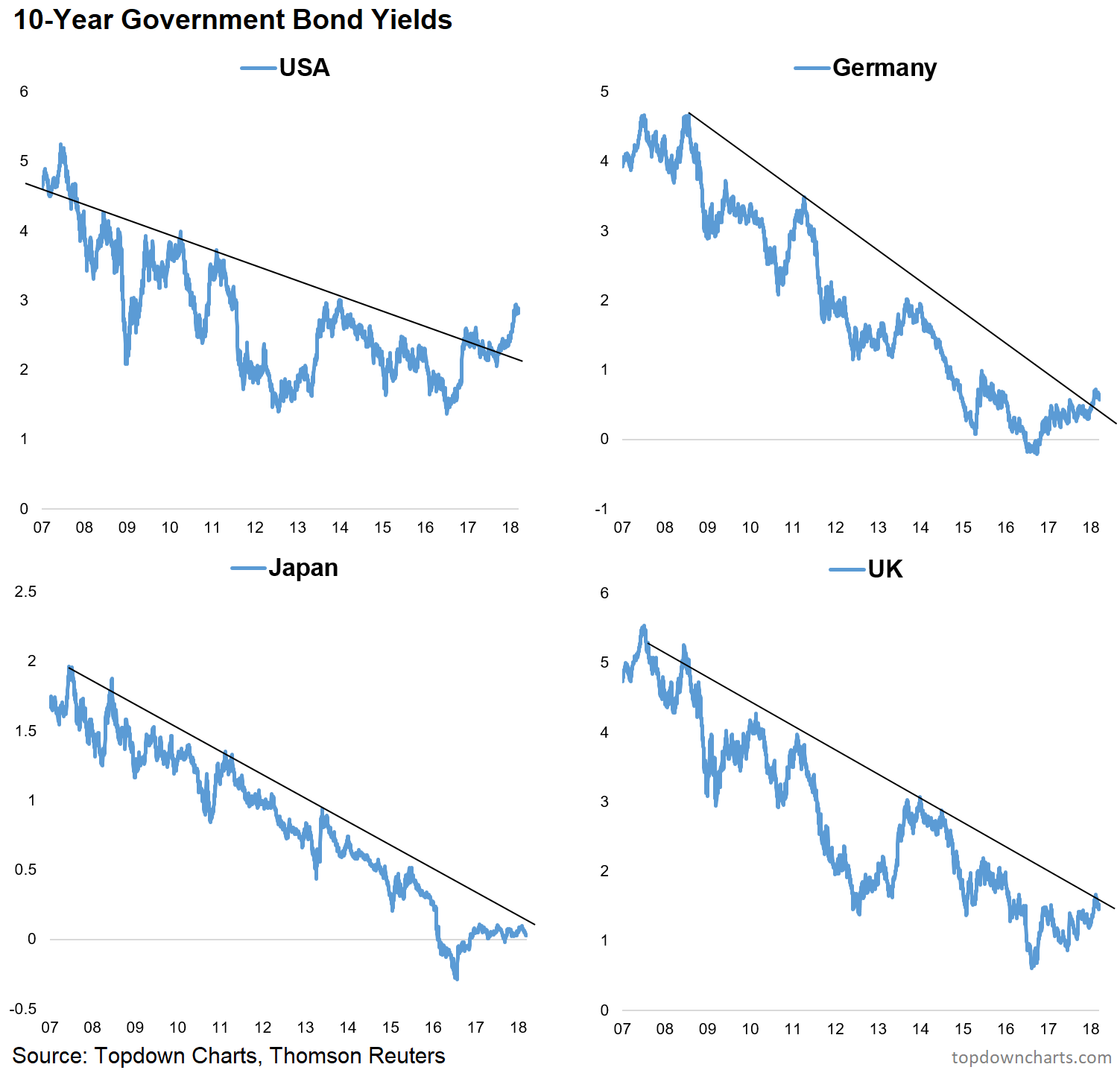 Like what you see? Why not take a free trial of our premium offering for an extra level of service and insight.

Stewart Horejsi’s business was in a funk. It was 1980, and Brown Welding Supply LLC, his family’s third-generation distributor of hydrogen and oxygen tanks, was battling competitors that were... read more

Updater: The Next Uber Or Airbnb?

You have heard of Uber, Lyft and Airbnb but what about Updater? Probably not, but one Australian hedge fund thinks that will change very soon. The Australia-based Newgate Real Estate... read more

Value as an investment style has been around for decades, and if executed correctly, there’s a wealth of research out there which shows that a value portfolio can outperform... read more