Prices Of This Metal Could Be About To Soar – ValueWalk Premium

When a trade war with China and steep tariffs on aluminum and steel first rocked metal traders and producers, sending prices sharply lower, those prices have equally mean reverted over the past few days. What are the core performance drivers? A UBS report points to production slowdowns in Brazil at a time when trade tensions appear to be easing. 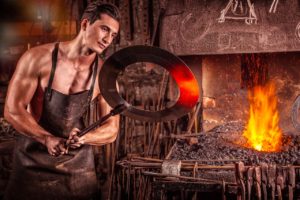 Trade war talks have been roiling markets for much of March, with concerns out of Brazil, the world’s largest producer, particularly pointed.

When trade war talks broke out between the US and China, with stiff tariffs on the table, it was Brazil that began to worry.

“Brazil has to watch out,” Milton Rego, president of the Brazilian Aluminum Association, told Reuters.  “This is a fight between elephants in a small room and, at the first move, someone else is going to get thrown out of the window.”

Brazil’s largest customer for alumina-based products is not the US, but rather China. Tariffs would raise prices and thus dampen demand for alumina, the core material in aluminum.

Pointing to an outage at an alumina refinery in Brazil, Morgan, and Shaw see a supply squeeze and short covering as driving prices higher.

The production stoppage at Brazil’s Alunorte refinery is becoming less clear. “The outage is beginning to appear more protracted than we & market participants first thought,” the UBS report stated, pointing to the world’s largest refinery from which 5% of global supply emanates.

UBS points to heavy rains and elevated water levels that led to “red mud” congregating at dams. News reports from Brazil point to “additional unregulated spills into a local river from the refinery” amid the Alunorte plant being ordered to cut production by 50%.

“We and the market had thought that this would be a fleeting issue, i.e., the weather would soon abate, and production would soon be able to ramp up,” Morgan and Shaw wrote, pointing to a few short weeks as the slowdown expectation, not months. They think that “the nature of the outage is shifting and perhaps is more prolonged than first thought.”

The news comes at a wrong time for Brazil’s declining aluminum industry. The nation has lost half its capacity in recent years as plant closures were a victim in part of electricity costs, the Brazilian Aluminum Association pointed out.

Taking into account primarily the outage at Alunorte, an event that “is still hard to estimate,” UBS thinks “a protracted outage would be a sizeable impact to the alumina market & may see prices remain above US$400 (a ton) for a few months.”

They point to a base case that does not include a lengthy outage where the price of Alumina falls back to an average of $325 per ton in the second quarter of this year “as China’s refineries ramp up.”

These projections all come as talks with allies regarding steel and aluminum tariff exemptions are reported on Monday to be progressing, easing trade tensions – the original cause for market concern.

Greenhaven Road Capital investment letter for the fourth quarter ended December 31, 2017. Get The Full Series in PDF Get the entire 10-part series on Charlie Munger in PDF. Save it... Read More

China Public About Manipulating Its Markets

We are on the midst of can be coined a “new world financial order.” Understanding this might start by examining China’s moves to apparently “intervene” as its stock market... Read More