After a blowout earnings report, Facebook stock has been rocketing higher – and punishing shorts in the process. According to proprietary data from IHS Markit, short sellers have been “stung” in the wake of the earnings announcement. But that isn’t the only stock that might be of interest. With an earnings report coming out April 27, CBL & Associates is setting up for a significant short position. 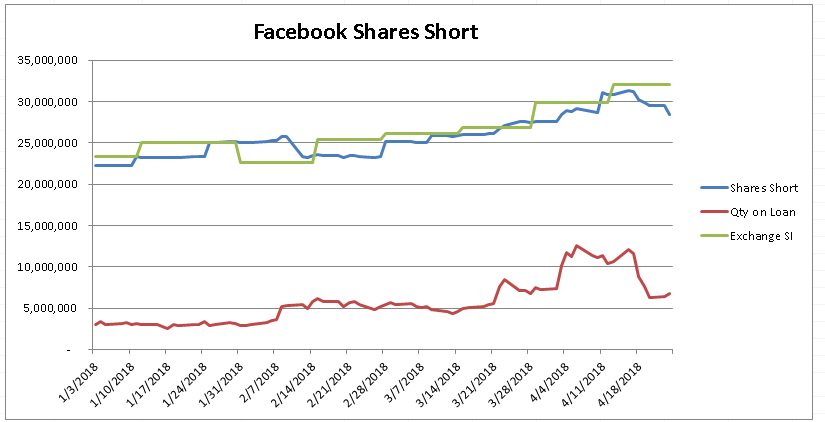 When Facebook posted $4.99 billion in quarterly profits on sales of $11.97 billion – a 41% profit margin on sales – it stunned investors, who were looking for profits of $4.01 billion on $11.41 billion in revenue. Investors had been shell-shocked from the recent data-privacy scandal involving Cambridge Analytica, as the stock sold off from $185 on March 16 to a low of $152.22 March 27 it wasn’t a pretty sight for investors.

But on several levels, the pain seems to be subsiding.

From The Archives: Warren Buffett On Unwise Dividends [Pt. 1]

According to research from IHS Markit’s Sam Pierson, short sellers have reversed course from the first half of April, where they increased short positions by 3.7 million shares.

While exchanges only report short interest twice a month, IHS Markit monitored short borrowing on a daily basis and recorded 5 million borrowed shares being returned since April 16th. The most recent exchange short interest was reported at 32 million on April 13, the last reporting date. According to IHS Markit, however, this data is stale, with short interest now decreasing to an estimated 28.5 million shares coming into earnings, a move that reversed almost all of April’s increase in short interest.

Analysts note this could be a sign the trends are changing, a move that could benefit long positions. Pierson, for his part, thinks that the decrease in short demand on the margin was the result of a tactical trade having run its course, though it’s worth noting short order is still up 25% year to date coming into today.

Facebook founder and CEO Mark Zuckerberg, meanwhile, sees the earnings win as turning the page. “Despite facing important challenges, our community and business are back off to a strong start in 2018,” he said in a conference call Wednesday afternoon. “Over the next three years, we’re going to keep building Facebook not only to be a service that people love to use but also one that is good for people and good for society.”

If IHS Markit data is correct, the price trend might also be useful for investors. 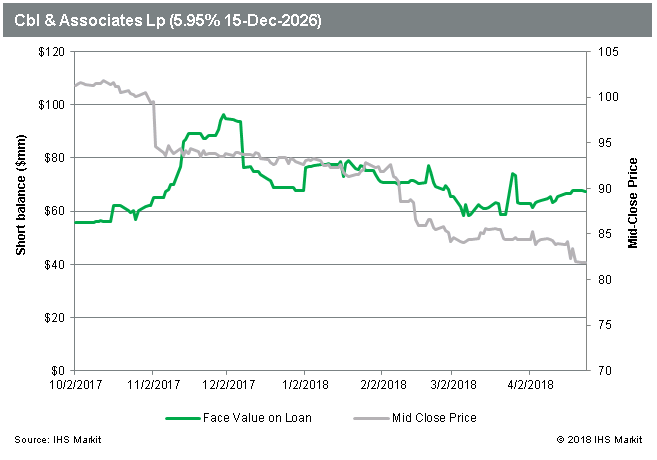 What appears to be sending warning signals to investors, however, is CBL & Associates, a real estate investment trust (REIT) that reports earnings Friday. The company, which owns shopping malls in the Southeast and Midwest, has seen its stock price trend lower from October – shedding near half its value in seven months as retail store closings continue to mount.  And the short sellers might be gaining steam, increasing shares short over 20% year to date at a time when the price has fallen over 30%. That means the position has gotten smaller in dollar terms, though short sellers have continued to press against the share price decline. That comes in contrast with November 2017 when shorts covered following the price drop.

IHS Markit shows short borrowing interest rising at a time when the stock has been trending lower leading up to the earnings call, considered a negative sign by analysts. What’s more, those shorting the stock have been willing to pay a high borrowing cost, by some estimates more than 20%.

Tempering concern is that the company could break its credit agreement and be forced to restructure debt at a time when their shopping mall properties have been under pressure. Current unsecured bonds have been trading at 9% with the firm facing a $300 million term loan coming due October 2018. “Virtually all lendable supply of the bonds has been lent out, restricting the ability for short sellers to increase positioning,” Pierson noted.

Top 5 Predicted Outcomes of CalPERS divesting of Hedge Funds   CalPERS’ announcement to divest of hedge funds has created a significant buzz in the media with many people wondering what... Read More

Billionaire Hedge Fund Manager Urges Diversification Out Of The Dollar

Ray Dalio is the founder of one of the largest investment firms in the world and has amassed a personal fortune nearing $20 billion from his business and investment... Read More 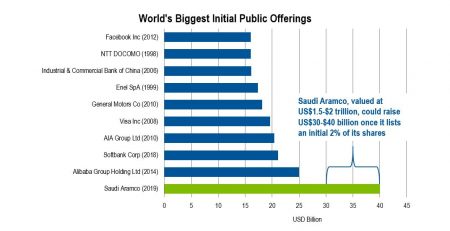