After 72% Return In 2017, Aussie Hedge Fund Up In April Thanks To Hot Short Trade – ValueWalk Premium 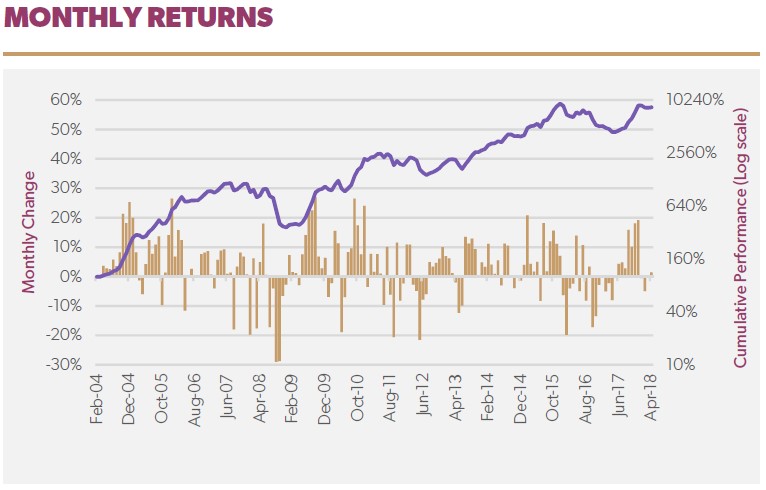 After 72% Return In 2017, Aussie Hedge Fund Up In April Thanks To Hot Short Trade

The first three months of the year were difficult for the hedge fund industry in general, including Regal's Atlantic . . .

Sherwin-Williams Reports EPS of $0.95, In Line with Guidance

Before the market opened today Sherwin-Williams Company (NYSE:SHW) announced earnings for the opening quarter of 2012. The company's announcement revealed that in the three months ending March 31st the... read more

Allan Mulally, President and CEO of Ford Motor Company (NYSE:F) denied rumors that he is a front-runner among candidates to succeed Ballmer as Microsoft Corporation (NASDAQ:MSFT) CEO. Ford CEO's interview In his... read more

Brawling Nerds is the theme of Day 4 (Wednesday, Dec. 7) of Amazon's 12 Days of Deals, with bargains on PCs, video games and 3D printers. Dell’s Inspiron i3455 all-in-one... read more

Bramshott Vows To Stay The Course, Sell On Strength

Bramshott's Europe Fund, with $460 million in the fund strategy, delivered 2.71% to their investors February while European equities, as measured by the Stoxx 600, rose 4.81%, according to... read more

Consolidation in the banking sector has been a steady trend for nearly thirty years, with smaller banks disappearing and large banks becoming too big to fail, but the Federal... read more

What Ever Happened To China’s Ghost Towns?

The Chinese political leadership announced the country would continue its priority of building up small and medium-sized cities first, while keeping strict control on the its largest cities to... read more

Though the Brexit risk premium was partly reversed with the recent swing back in favor of Remain, the outcome of the referendum remains too close to call, note Deutsche... read more

Time to start looking for net-nets? via Quant Investing After the recent turbulence in the markets I thought it a good idea to see if there are any interesting net-net... read more