For those looking for the best financial analysis ratios in the business, you’ve come to the right place. Don’t take our word for it, big 4 accounting firm, Ernst & Young, proves the material superiority of our Invested Capital.

We give you the financial due diligence needed to fulfill the Fiduciary Duty of Care.

Invested capital equals the sum of all cash that has been invested in a company over its life with no regard to financing form or accounting name. It’s the total investment in the business from which operating profit is derived.

In our calculation of ROIC, we use a time-weighted average invested capital, to most accurately capture the capital available to a business that can be used to generate NOPAT over the course of a year, or any given performance measurement period. This adjustment is necessary to account for acquisitions that close anytime other than the first day of a fiscal year.

For example, when a company makes an acquisition, the entire purchase price is added to the company’s balance sheet in the year of the acquisition along with any assumed debts or other long-term liabilities. However, the only income captured on the income statement is that which occurs after the acquisition closes. In other words, the balance sheet is charged with the full price of the acquisition while the income statement only gets a partial period of income. Except for the rare event that an acquisition closes on the first day of the fiscal year, one must adjust for this accounting mismatch of income vs capital deployed when calculating return on invested capital (ROIC).

Figure 1 shows how we calculate average invested capital for all companies in our coverage universe.

In order to time weight acquired invested capital, we calculate the percentage of the fiscal year the company had access to that capital.

For example, if a company completes an acquisition at the end of the first quarter, then the company has the remaining three quarters to use that capital. Therefore, 75% of that capital should be included in the average invested capital calculation to match the 75% of the year that the income statement will capture income from the acquisition.

Figure 1 shows that there are three main components to calculating average invested capital.

Consider CenturyLink Inc. (CTL), which can be seen in Figure 2. CTL acquired $32,141 million of invested capital during the year. However, they acquired it on November 1, and the year ended December 31. Therefore CTL really only had the capital for 16.4% of the year. In this case adjusted total acquired invested capital from acquisitions is $32,141 million time 16.4%, which equals $5,283 million.

Calculating average invested capital is just one of the many steps we take to close accounting loopholes and calculate the true economics of a business. Our models and calculations are 100% transparent because we want our clients to know how much work we do to ensure we give them the best earnings quality and valuation models in the business.

This article originally published on May 18, 2018.

The fight over a minimum wage hike currently being waged across the U.S. will create winners and lowers as well as a potential relative value trade. A Goldman Sachs... Read More

Hedge Funds Up +1.10% In April, Bringing YTD Returns To +0.83% by eVestment Summary Aggregate hedge fund performance was positive for a second consecutive month in April, a welcome sight after... Read More

Australia has been one of the biggest beneficiaries of China’s longstanding boom – riding the coat-tails of the Asian giant to record 25 years of continuous growth in its... Read More 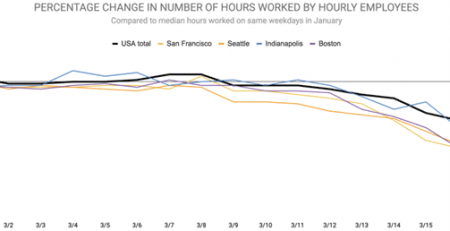 We are already seeing large increases in request for unemployment insurance. It is going to explode. Let’s look at this data from Homebase. Q4 2019 hedge fund letters, conferences and... Read More