Ted Eliopoulos, chief investment officer of the California Public Employees’ Retirement System, announced today that he plans to leave the public pension system at the end of this year. He cited family reasons for his departure.

Eliopoulos said that his youngest daughter has some “significant health considerations,” and he and his wife want to be able to fully support her in her time of need. He told the CalPERS committee that she was just recently accepted by a college in New York, where his older daughter already lives. He also said that he plans to devote more time to his family after his retirement. He and his wife are reportedly planning to relocate to New York after he steps down so that they can be living within a “reasonable distance” of his daughter as she deals with her health problems.

“It’s been extremely rewarding to have helped steward an investment institution that serves so many hardworking and deserving California families,” Eliopoulos said in a statement. “I am confident the transition to a new CIO will be seamless as I leave the office in the hands of some of the most skilled investment professionals in the industry.”

Eliopoulos credited with shift away from hedge funds

He took over the CIO post in 2014 after previous CIO Joseph Dear passed away. Before becoming chief investment officer at the $350 billion pension fund, Eliopoulos headed up CalPERS’ real estate division. As CIO, he managed almost 400 investment professionals, and under his guidance, the fund moved most of its asset management to internal managers.

He is credited with moving CalPERS away from hedge funds in recent years as part of the fund’s Vision 2020 Strategic Plan, which saved the fund a lot of money on fees. CalPERS CEO Marcie Frost said in a statement that under his leadership, the fund’s investment office has significantly slashed its costs and also the complexity of its investment portfolio. She also said that he oversaw improvements in transparency regarding fees associated with the fund.

CalPERS is beginning a search for his replacement immediately. Eliopoulos will continue to hold the CIO role with the nation’s largest pension fund until his successor is named, and he will aid the fund with the transition through the end of this year.

Eliopoulos’ departure is only the latest stumbling block CalPERS is dealing with. The fund’s board has been rather dysfunctional for some time, thanks to a months-long spat among board members. The CIO’s upcoming departure will likely be seen in a negative light, given all the good he has been credited with over the years. Additionally, given that CalPERS has been dealing with a funding crisis for some time, his departure only complicates matters even further.

Eliopoulos’ departure isn’t the only high-profile one among CalPERS management. Earlier this year, Wylie Tollette announced that he was leaving the pension fund to return to Franklin Templeton Investments, and Elisabeth Bourqui ended up taking over his position.

The advances of “brilliant” machines will astound society and have potential to revolutionize the “C-suite,” encroaching on duties of senior managers – if they are allowed to, a new... read more

Puerto Rico May Restructure Via Superbond Overseen By US Treasury

It looks like Uncle Sam may come to the rescue of Puerto Rico after all, although not with a cash bailout. (more…) read more

Energy And Emerging Market Stocks Are Highly Correlated Even though energy and financials are both considered to be cyclical sectors, the relative performance of the two sectors has been... read more 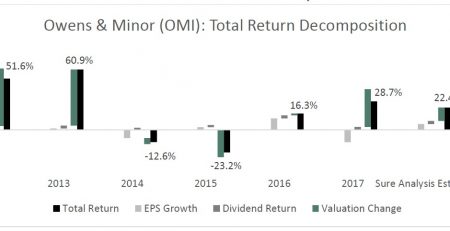 With the price of oil trading below $33 on Thursday, and early prognosticators saying a practical bottom has been put in, financial stress will remains elevated for independent U.S.... read more