How Does Virtu Make Money Every Trading Day? – ValueWalk Premium

Virtu Financial reported higher than expected earnings on Friday, but the stock was trading sharply lower immediately following the news. On a day when stocks were broadly higher, the New York-based market maker ended down nearly 5.29%. This reversal, however, comes after a 153% run higher over the last six months, as investors such as one-time HFT critic Mark Cuban find themselves investing in a volatility hedge. 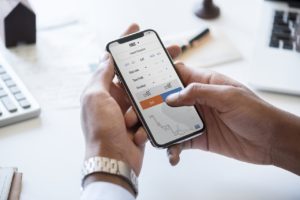 Cuban revealed in February he had invested in Virtu, a stock that quickly climbed in value by more than 25% in the wake of the news. The stock started the year at just over $18.

This parabolic move higher came on the notion that Virtu might profit from market volatility, which some investors view as having the potential to increase. As markets become volatile firms like Virtu benefit because the bid-ask spread differential widens – essentially allowing Virtu to charge more for its product, market liquidity, which can be at a premium during the crisis.

When it reported earnings following a volatile market environment, Virtu pulled in $410 million in profit and beat street estimates handily. The New York-based firm earned $1.86 per share, up 1,875%, while total revenues were equally out of a statistical range, up 453% to $815 million.

But just how much of the gain was due to enhanced market volatility?

Eliminating one time items, such as the $329 million net gain from the sale of fixed income trading platform BondPoint, Virtu earned 0.76 cents a share, a large percentage of the increase. Further, one time savings from the integration of KCG, a market maker it had acquired earlier, could bring in $56 million in savings. After the acquisition, the combined company slashed 536 jobs from a staff of 1,200, further resulting in cost savings.

While one-time items are at play, market makers such as Virtu nonetheless benefit from volatility in several ways and often employ multiple strategies.

Market making is a business that increasingly relies on intelligent computer-based systems and quick exchange access to thrive. These performance drivers are amplified by a smart non-correlated hedge strategy.

The goal of a market maker is not necessarily to hold directional market exposure, but rather to profit from providing liquidity on the bid-ask spread. What differentiates some market makers can be found in their correlation strategy. For instance, with the goal to keep an order book close to delta-neutral, some market makers can use synthetic spreads or other correlated assets. Risk exposure in the stock of CBS can be to various degrees offset by similar shares of NBC Universal that might be held in inventory. Holding stock inventory is a key to some firms success, such as Citadel Securities as they can act as a warehouse. Market makers without direct access to an extensive inventory of stock are known to dial up and dial back exposure to one side or another of a market based on their net delta positioning. Often such market makers use synthetic products, such as single stock futures block trades, to even out their delta positioning.

That outlay of cash to purchase the hedge and the capital charge imposed for carrying the hedge is expensive so market makers at times call other market makers to see if they have inventory in the opposite position, Often they execute a spread transaction using a Delta1 derivative. This allows both parties to simultaneously replace the expensive stock hedge with a single stock future utilizing a trade called “The Natural,” according to OneChicago exchange President David Downey.

Several strategies and nuances of the practice exist. In the book, Flash Boys, the concept of fast High-Frequency Trading firms gaining an informational and speed advantage became one known HFT strategy. Other known approaches are for HFT traders to identify different HFT algorithms based on pattern recognition and then obtain similar directional trend exposure. Those with significant and consistent directional market exposure often did not consider “market makers” but rather speculators.

Historically a market maker depended on the size of a bid-ask spread to determine their profitability, but they also have traditionally benefited from exchange incentives.

Throughout most of modern history, those providing liquidity have always been given an incentive. Derivatives exchanges, in particular, recognizing the importance of liquidity to keep markets running smoothly, provided a financial incentive to market makers based on their volume, a commonly accepted practice among those who follow market making and HFT. The issue classic “Chicago school” market watchers have is a lack of transparency in exchange rules and order types creating an unfair advantage that is not offered to everyone.

Bob Rodriguez speech - always a great read whether or not one agrees with him - check out the latest below. Also see Bob Rodriguez  Interview on Where FPA is Finding... read more

Starvine Capital Corporation letter to investors for the second quarter ended June 30, 2015. Get The Full Walter Schloss Series in PDF Get the entire 10-part series on Walter Schloss in... read more

In just a few months, Donald Trump’s presidency has roiled immigration and healthcare, and stoked widespread global concern. But it has yet to make an impact on the economy.... read more

Markets in the world today are still reeling from what was one of the worst chapters in the eurozone history. The huge levels of debt that beguile Greece and... read more

Nasdaq And The Pessimism Bias: I Heart Capitalism by Jared Dillian, Mauldin Economics Let me begin by saying that if you aren’t on Twitter, you’re making a huge mistake. I... read more

This is going to become one of the best conferences ever. Besides a top noch line-up, the cause is fantastic and 100% of revenue goes to the cause. ValueWalk... read more