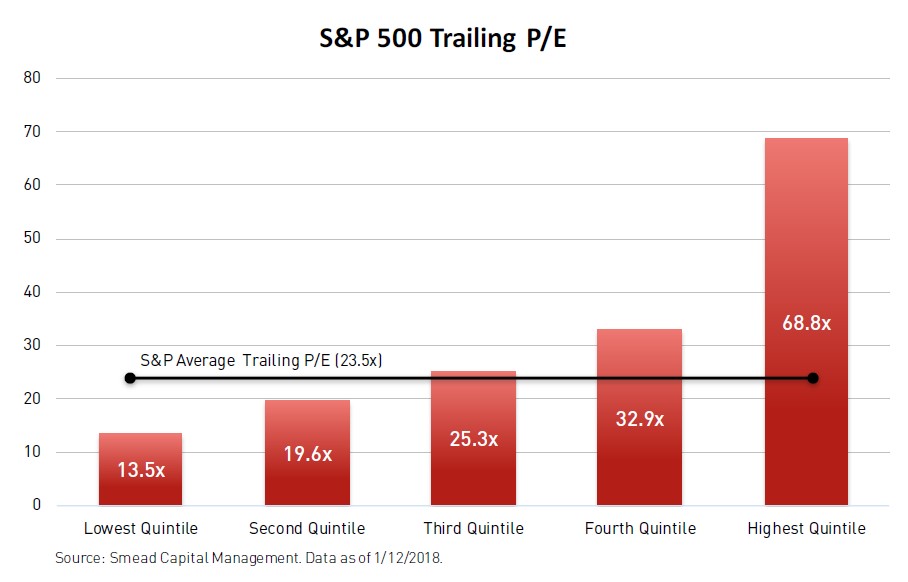 What will the next ten years look like in the U.S. stock market? As we often do, we refer you to one of our favorite songs, “I Can Only Imagine,” and a book by George Friedman, The Next 100 Years. We believe the best performing securities of the next ten years will be very different from the securities and the sectors which currently capture the “popular imagination” of investors.

“I Can Only Imagine” is a song which tries to imagine what heaven will be like. We can’t tell you what heaven looks like, but we can tell you what stock-picking hell looks like. For us, stock-picking hell comes when a narrow group of stocks attain and maintain momentum based on the “popular imagination” of most investors and lose any connection to historical valuation norms. To understand this, see the chart below:1 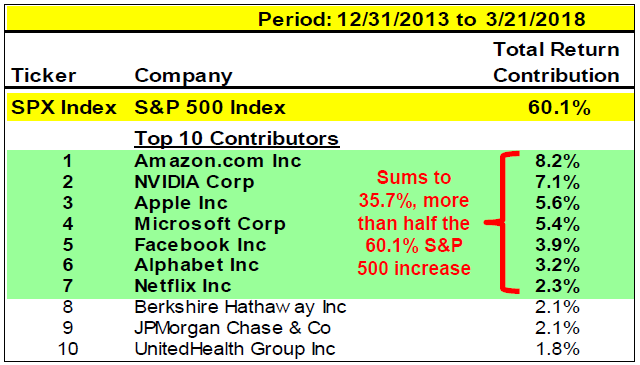 We have lived this for four and a half years while growth investing, based on extrapolating today’s popular themes, has trounced value investing over the last ten years.

In George Friedman’s book, he argued that nobody would have predicted in 1900 what happened during the 20th Century. There was the Panic of 1907, World War I, the Bolshevik Revolution in Russia, the Roaring Twenties, the Great Depression, the emergence of Adolf Hitler’s Third Reich in Germany, World War II, the Cold War, a man on the Moon, the Civil Rights Movement, oil embargoes, the breakdown of the Soviet Union and the advent of the internet.

Ten years ago, we were in the throes of the worst stock market decline in 80 years. Oil was $145 per barrel. Could anyone have expected at that point that the best performing stocks over the next ten years would be very futuristic, high P/E stocks like some of those listed on the chart above? Would they have imagined a 9% compounded return from the S&P 500 Index? Who, back then, thought oil stocks would be one of the worst industry performers ten years later? Only contrarians thought that “peak oil” was a theory in search of a major defeat in May of 2008 or that stocks were a great long-term buy.

We can only imagine what the next ten years will be like, but we know a few historical facts. First, narrow popularity has historically ended badly for the stock market (1929, 1972, oil stocks in 1981, tech bubble in 1999, real estate bubble in 2005). Here is what John Kenneth Galbraith says about markets captured by “popular imagination:”

“Speculation, it has been noted, comes when popular imagination settles on something seemingly new in the field of commerce or finance.”

Second, the minority always wins at the expense of the majority:

“Investing is the only sphere of life where victory, security and success goes to the minority and never to the majority.” —John Maynard Keynes

Third, cheap stocks beat average and expensive ones over long time periods and beat them more heavily from the end of popular growth stock imagination phases.2

Fourth, medical science is exploding. Treatment for migraine headaches, high bad cholesterol and many forms of cancer could massively improve and extend life. See the following BAML chart and look at the most unpopular U.S. sector for Global stock pickers:3

Fifth, the population of college-educated/young families will soar by sheer demographics and the economy should benefit from the multiplier effect taught in macroeconomics (thank you, Dr. Philpot).

Lastly, interest rates are likely to rise on the back of a better economy. In previous rising rate environments, value stocks have pummeled growth stocks as increasing interest rates crush the discounting of futuristic earnings based on “popular imagination” and momentum-based extrapolation.

John Maynard Keynes might have given us a look at what today’s investors may actually be doing in the U.S. stock market by stating, “(they) are governed by doubt rather than conviction, by fear more than forecast, by memories of last time and not by foreknowledge of next time. The level of stock exchange prices does not mean that investors know, it means they do not know.”

We can only imagine what the next ten years will be like for U.S. stocks, but George Friedman would argue it isn’t going to be what the majority of individual and professional investors expect. In fact, we believe it will be the things you least expect which end up happening. We like owning unpopular quality stocks, which we imagine could lead us to something closer to investment heaven.

The information contained in this missive represents Smead Capital Management's opinions, and should not be construed as personalized or individualized investment advice and are subject to change. Past performance is no guarantee of future results. Bill Smead, CIO and CEO, Tony Scherrer, CFA, Director of Research, and Cole Smead, CFA, Managing Director wrote this article. It should not be assumed that investing in any securities mentioned above will or will not be profitable. Portfolio composition is subject to change at any time and references to specific securities, industries and sectors in this letter are not recommendations to purchase or sell any particular security. Current and future portfolio holdings are subject to risk. In preparing this document, SCM has relied upon and assumed, without independent verification, the accuracy and completeness of all information available from public sources. A list of all recommendations made by Smead Capital Management within the past twelve-month period is available upon request. 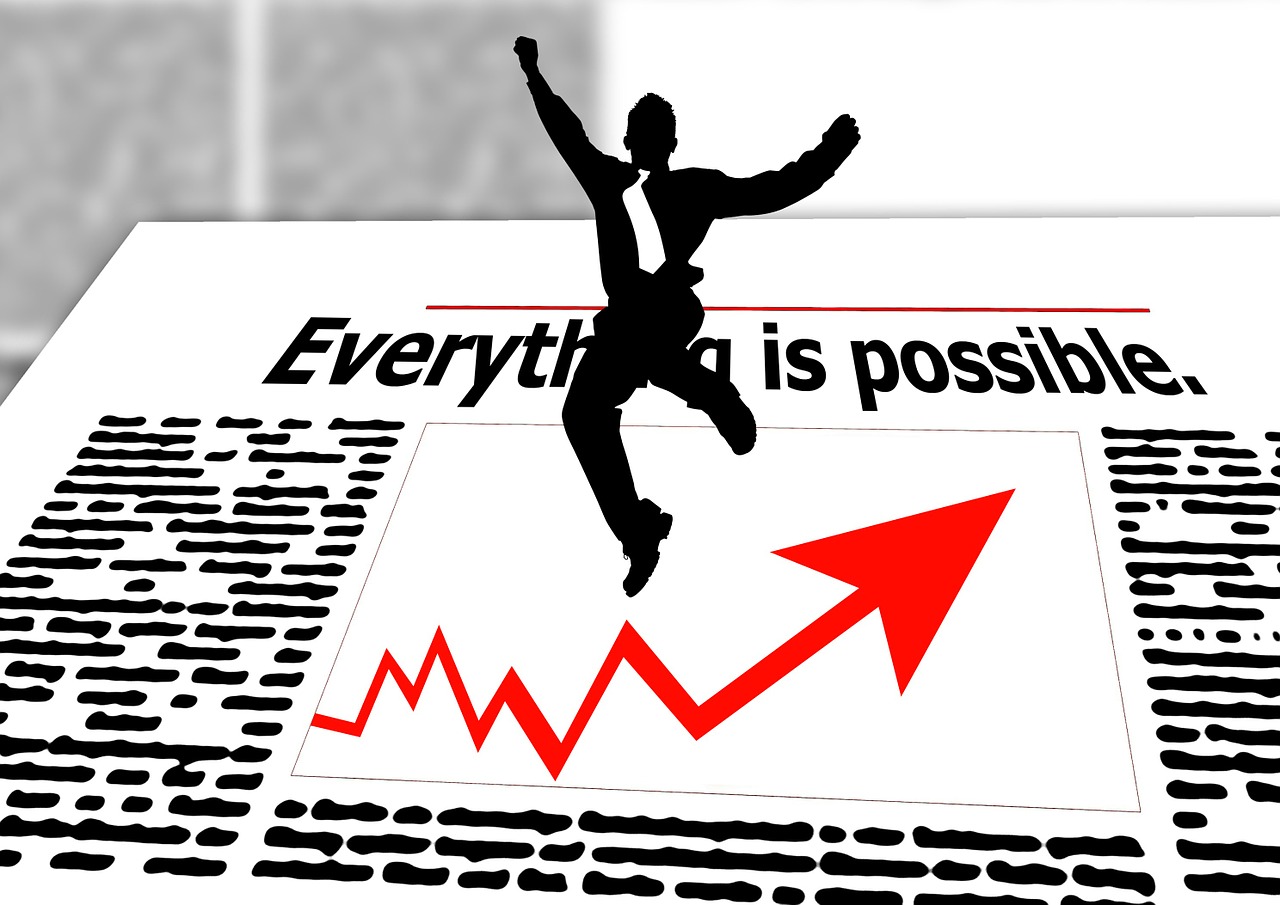 This book is, after his marriage, “second best investment of my life” states Warren Buffett of The Intelligent Investor by Ben Graham / Benjamin Graham. He also describes its... Read More 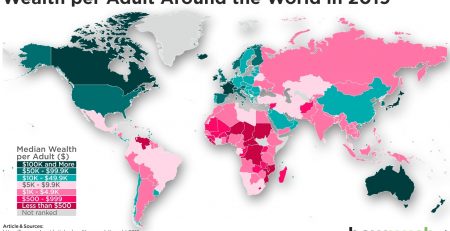 Wealth inequality shows up in a variety of different ways. You can see it in the uneven distribution of millionaires around the world. You can find it in a... Read More

Do Courts Matter For Firm Value? Evidence From The U.S. Court System 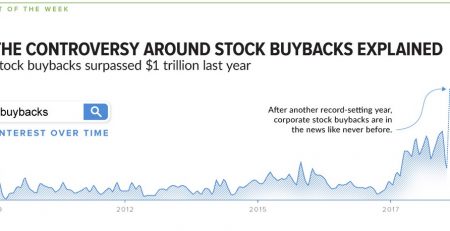