The Future Of Gold Exploration Is Under Cover – ValueWalk Premium 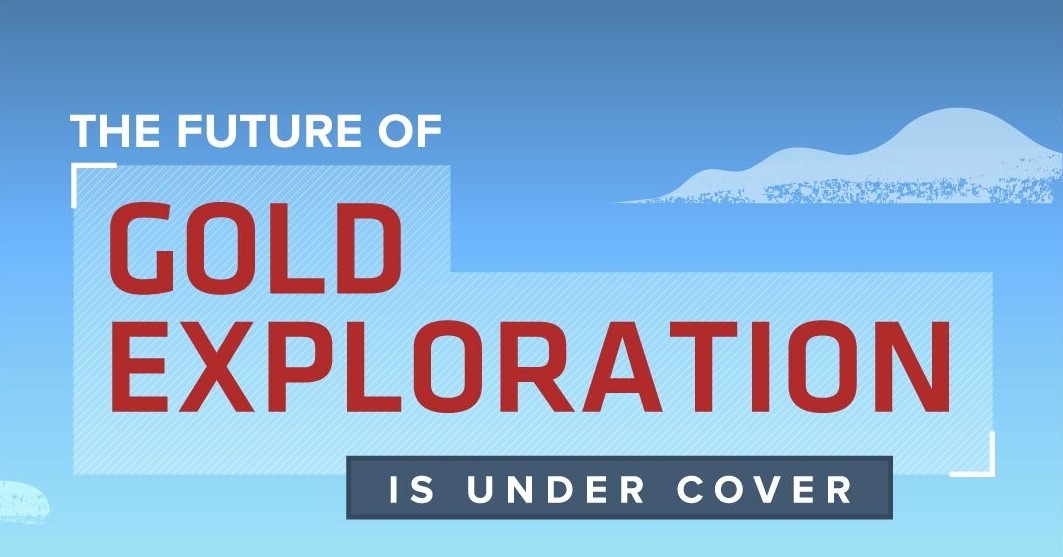 Over billions of years, extraordinary amounts of gold and other metals were deposited and spread throughout the Earth’s crust. Humans have been searching for these rich deposits for centuries, and advances in geoscience and technology have helped us become more adept at finding them over time.

However, even with today’s advancements – almost all early-stage prospecting methods are still based on the same key principle: trying to find areas of exposed bedrock, called outcrops, that indicate an orebody is near.

But such outcrops only form in certain circumstances – and what happens when a geological system doesn’t come in contact directly with the surface?

The Problem of Cover

Today’s infographic comes to us from Nevada Exploration, and it identifies the problem behind finding these “hidden” deposits that do not leave a helpful trail of clues on the surface.

Instead of having outcrops where rocks can be readily sampled, these deposits are trapped underneath large amounts of soil and gravel. Geologists call this a covered setting, where they must first find a way to “see through” the cover in order to identify what geological systems really exist below.

Seeing through cover can be expensive and difficult to do, but it also has big potential upside.

There is no reason not to assume as much gold still exists as has been mined in the past, but prospectors, explorationists, and geologists have found the easy gold.

In fact, many geologists think that the next game-changing gold deposit could be found under cover.

For explorers, it is no secret that the cost per discovery is going up dramatically over time. The reality is that traditional exploration methods are achieving diminishing returns, and as a result companies are settling for lower grade deposits, more complex geological settings, and politically questionable jurisdictions.

Minex Consulting says that between 2007-2016, there has been $65 billion spent globally on gold exploration with only $30 billion worth of discoveries to show for it. Those aren’t exactly inspiring economics for future gold explorers.

But for every industry problem, there is often a precedent to be found elsewhere – and an interesting situation that is analogous was faced by the oil exploration industry years ago. They had reached diminishing returns with shallow water deposits, and developed technology to go deeper. Suddenly, monster deposits were being found again.

With the transition to under cover exploration, the minerals industry is undergoing a transformation much like the petroleum industry transformed to deep sea exploration some decades ago.

In other words: whoever can figure out how to explore under cover could be reaping big benefits.

In the world’s most prolific gold jurisdictions, there are massive amounts of land that have not yet been explored because of cover. In Canada and in Australia, over 70% of land is covered. In Nevada, which produces the most gold ounces per square kilometer, about 55% of land is covered.

Interestingly, Nevada has produced 225 million oz of gold to date, but the majority of these discoveries have come from outcrop clues on the surface. Imagine what gold could be hidden under soil and gravel within the valleys of the state.

Global data so far suggests that deposits discovered under cover tend to be 2-4x bigger.

While the idea of unlocking this potential is extremely exciting, it also poses a significant technical challenge.

So far, a few ideas have been pioneered for seeing through cover – and it will be interesting to see what results they bring in.

Biogeochemistry: In Australia, explorers are using biogeochemistry as a hint to see what lays beneath the soil. Plants accumulate pathfinder elements in them, or even tiny amounts of gold, which allows explorers to get a hint at what lies deep below.

Hydrogeochemistry: In a place like Nevada, there are massive valleys in the middle of prolific gold districts that have remained unexplored because they are covered with hundreds of meters of gravel. Testing groundwater might be the key, because groundwater flows by gravity from mountains to deep in the valley centers. On the way, this water interacts with bedrock – and any gold deposits that are hidden beneath the surface.

Explorers are looking at other ideas as well, ranging from regional-scale mapping to adapting other oil and gas industry techniques. If any of them are able to unlock the secret of exploring through cover, it could be the catalyst for industrywide change, as well as the discovery of the monster deposits that will meet our mineral needs of the future.

For an agency that shies away from consumer guarantees and on-time deliveries, the United States Postal Service (USPS) is insistent that their business plan will be released by June 15.... Read More

Cliff Asness: It Ain’t What You Don’t Know That Gets You Into Trouble

My title is the first half of a Mark Twain quote. The second half is “It's what you know for sure that just ain't so.” Now, in the age... Read More 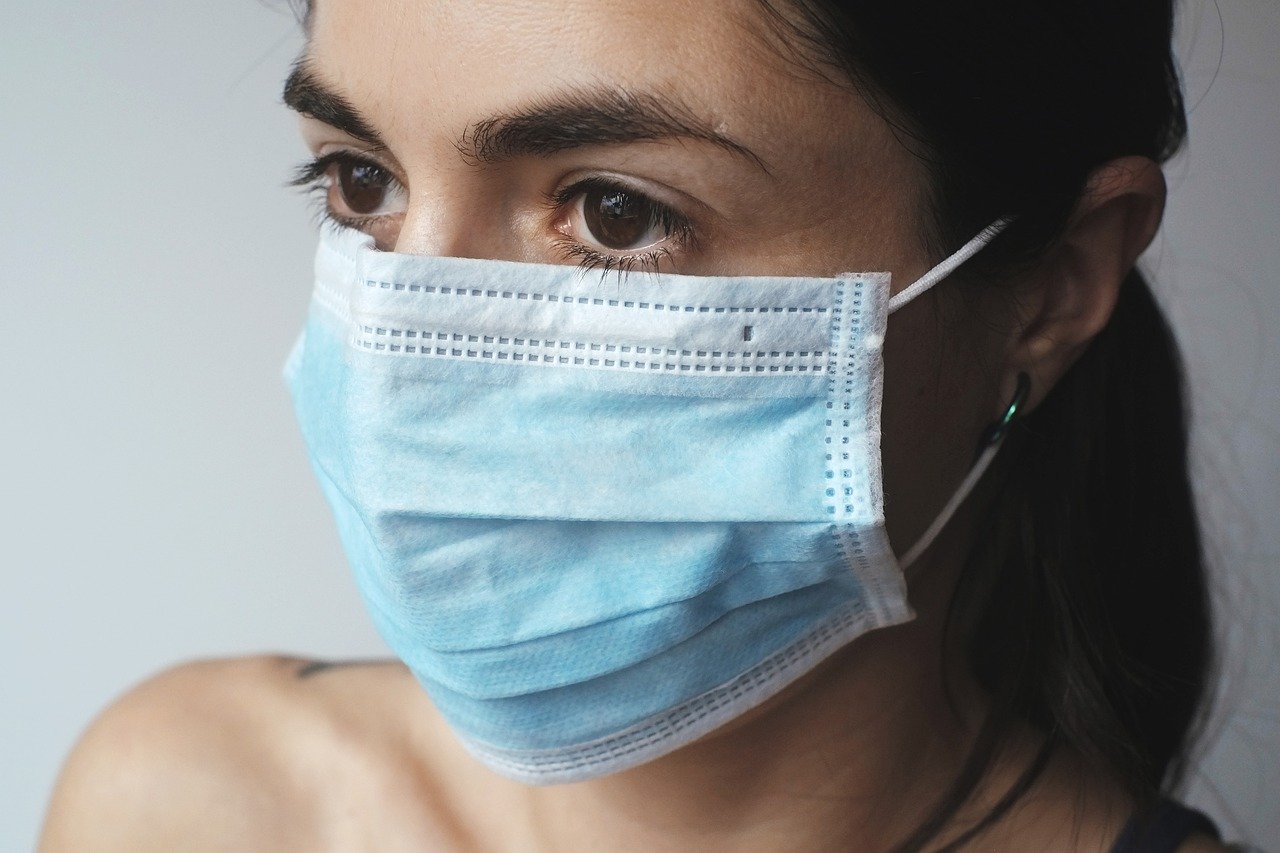 To Help the Economy, Wear a Mask

“You can lead a horse to water but you can’t make him drink,” says an old saying. Q1 2020 hedge fund letters, conferences and more That’s right but, as I learned... Read More 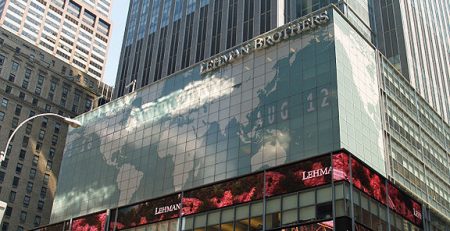 September holds the dubious honor of being the month that marked two cataclysmic events with profound global impact: the Sept. 11, 2001, terrorist attacks that ignited the war on... Read More

Things haven’t been going well for me of late. Origo has proven to be a disasterous investment – mitigated a touch by me getting out relatively early but worsened by... Read More 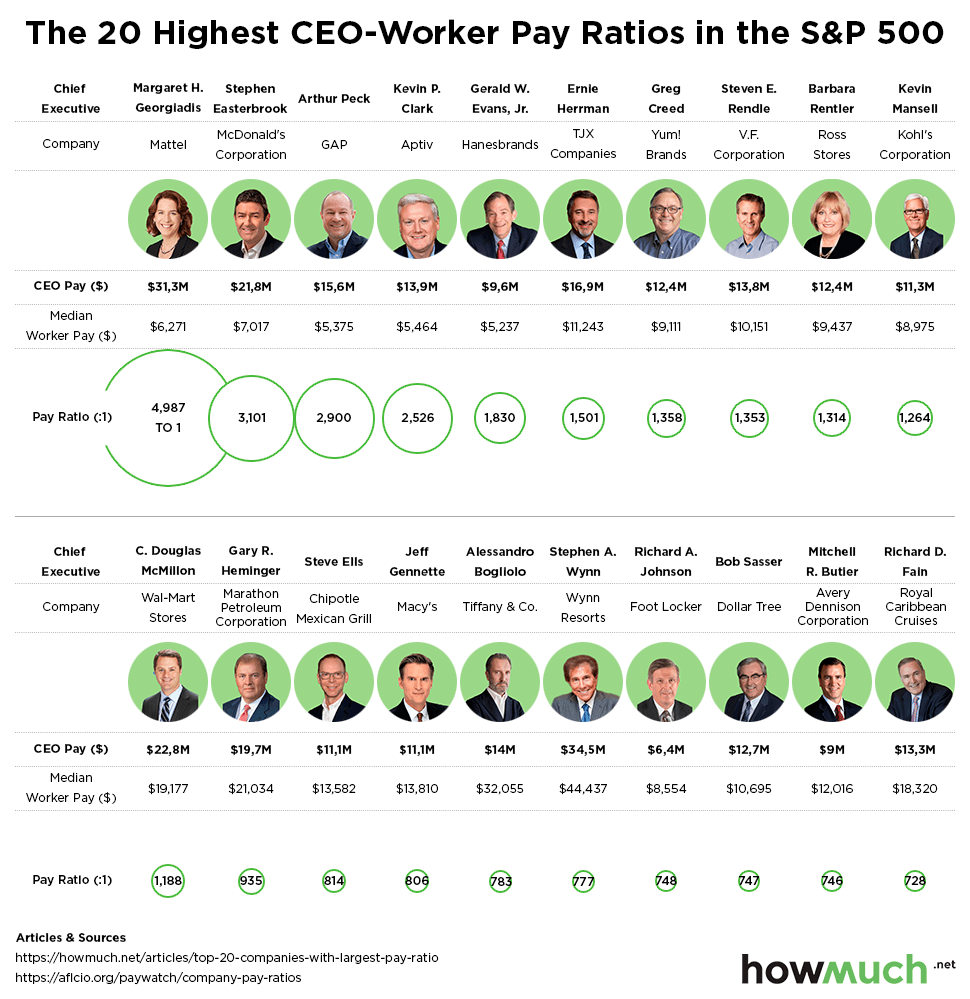 The 20 Companies With The Highest CEO And Worker Pay Gap

A few years back, the SEC passed a rule forcing publicly traded companies to disclose the ratio between CEO compensation and median worker pay. Many observers thought the rule... Read More

​How Texas Instruments Is Worth $126 ​​New York & Co.: Why You Need To Buy Deep Value These 3 Stocks Have Richly Rewarded Shareholders Get The Timeless Reading eBook... Read More

The twenty-first century might well see medical innovations that could rid humanity of crippling and deadly illnesses, extending the healthy lifetimes of all by decades. But while the United... Read More