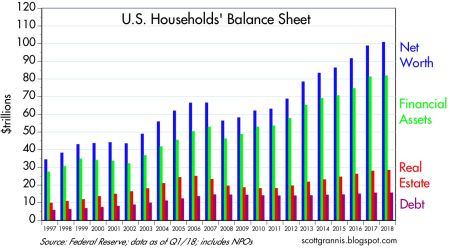 In recent weeks, President Trump has come out viciously barking about potential trade wars, not only with China, but also with other allies, including key trade collaborators in Europe, Canada, and Mexico. What does this all mean? Should you brace for a nasty financial bite in your portfolio, or should you remain calm and hold tight?

Let’s take a closer look. Recent talks of trade wars and tit-for-tat retaliations have produced mixed results for the stock market. For the month, the S&P 500 index advanced +0.5% (+1.7% year-to-date), while the Dow Jones Industrial Average modestly retreated -0.6% (-1.8% YTD). Despite trade war concerns and anxiety over a responsibly cautious Federal Reserve increasing interest rates, the economy remains strong. Not only is unemployment at an impressively low level of 3.8% (tying the lowest rate seen since 1969), but corporate profits are at record levels, thanks to a healthy economy and stimulative tax cuts. Consumers are feeling quite well regarding their financial situation too. For instance, household net worth has surpassed $100 trillion dollars, while debt ratios are declining (see chart below).

Although trade is presently top-of-mind among many investors, a lot of the fiery rhetoric emanating from Washington should come as no surprise. The president heavily campaigned on the idea of reducing uniform unfair Chinese trade policies and leveling the trade playing field. It took about a year and a half before the president actually pulled out the tariff guns. The first $50 billion tariff salvo has been launched by the Trump administration against China, and an additional $200 billion in tariffs have been threatened. So far, Trump has enacted tariffs on imported steel, aluminum, solar panels, washing machines and other Chinese imports.

It’s important to understand, we are in the very early innings of tariff implementation and trade negotiations. Therefore, the scale and potential impact from tariffs and trade wars should be placed in the proper context relative to our $20 trillion U.S. economy (annual Gross Domestic Product) and the $16 trillion in annual global trade.

Stated differently, even if the president’s proposed $50 billion in Chinese tariffs quadruples in value to $200 billion, the impact on the overall economy will be minimal – less than 1% of the total. Even if you go further and consider our country’s $375 billion trade deficit with China for physical goods (see chart below), significant reductions in the Chinese trade deficit will still not dramatically change the trajectory of economic growth. 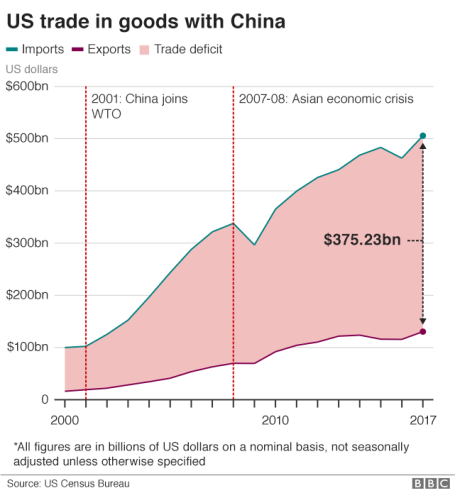 The Tax Foundation adds support to the idea that current tariffs should have minimal influence:

“The tariffs enacted so far by the Trump administration would reduce long-run GDP by 0.06 percent ($15 billion) and wages by 0.04 percent and eliminate 48,585 full-time equivalent jobs.”

Of course, if the China trade skirmish explodes into an all-out global trade war into key regions like Europe, Mexico, Canada, and Japan, then all bets are off. Not only would inflationary pressures be a drag on the economy, but consumer and business confidence would dive and they would drastically cut back on spending and negatively pressure the economy.

Most investors, economists, and consumers recognize the significant benefits accrued from free trade in the form of lower-prices and a broadened selection. In the case of China, cheaper Chinese imports allow the American masses to buy bargain toys from Wal-Mart, big-screen televisions from Best Buy, and/or leading-edge iPhones from the Apple Store. Most reasonable people also understand these previously mentioned consumer benefits can be somewhat offset by the costs of intellectual property/trade secret theft and unfair business practices levied on current and future American businesses doing business in China.

Right now, Trump is playing a game of chicken with our global trading partners, including our largest partner, China. If his threats of imposing stiffer tariffs and trade restrictions result in new and better bilateral trade agreements (see South Korean trade deal), then his tactics could prove beneficial. However, if the threat and imposition of new tariffs merely leads to retaliatory tariffs, higher prices (i.e., inflation), and no new deals, then this mutually destructive outcome will likely leave our economy worse off.

Critics of Trump’s tariff strategy point to the high profile announcement by Harley-Davidson to move manufacturing production from the United States to overseas plants. Harley made the decision because the tariffs are estimated to cost the company up to $100 million to move production overseas. As part of this strategy, Harley has also been forced to consider motorcycle price hikes of $2,200 each. On the other hand, proponents of Trump’s trade and economic policies (i.e., tariffs, reduced regulations, lower taxes) point to the recent announcement by Foxconn, China’s largest private employer. Foxconn works with technology companies like Apple, Amazon, and HP to help manufacture a wide array of products. Due to tax incentives, Foxconn is planning to build a $10 billion plant in Wisconsin that will create 13,000 – 15,000 high-paying jobs. Wherever you stand on the political or economic philosophy spectrum, ultimately Americans will vote for the candidates and policies that benefit their personal wallets/purses. So, if retaliatory measures by foreign countries introduces inflation and slowly grinds trade to a halt, voter backlash will likely result in politicians being voted out of office due to failed trade policies.

Time will tell whether the current trade policies and actions implemented by the current administration will lead to higher costs or greater benefits. Talk about China tariffs, NAFTA (North American Free Trade Agreement), TPP (Trans Pacific Partnership), and other reciprocal trade negotiations will persist, but these trading relationships are extremely complex and will take a long time to resolve. While I am explicitly against tariff policies in general, I am not an alarmist or doomsayer, at this point. Currently, the trade war bark is worse than the bite. If the situation worsens, the history of politics proves nothing is permanent. Circumstances and opinions are continually changing, which highlights why politics has a way of improving or changing policies through the power of the vote. While many news stories paint a picture of imminent, critical tariff pain, I believe it is way too early to come to that conclusion. The economy remains strong, corporate profits are at record levels (see chart above), interest rates remain low historically, and consumers overall are feeling better about their financial situation. It is by no means a certainty, but if improved trade agreements can be established with our key trading partners, fears of an undisciplined barking and biting trade dog could turn into a tame smooching puppy that loves trade.

This article is an excerpt from a previously released Sidoxia Capital Management complimentary newsletter (July 3, 2018). Subscribe on the right side of the page for the complete text.

DISCLOSURE: Sidoxia Capital Management (SCM) and some of its clients hold positions in AAPL, AMZN, and certain exchange traded funds (ETFs), but at the time of publishing had no direct position in WMT, HOG, HPQ, or any other security referenced in this article. No information accessed through the Investing Caffeine (IC) website constitutes investment, financial, legal, tax or other advice nor is to be relied on in making an investment or other decision. Please read disclosure language on IC Contact page.

This is the first weekly income screen from ValueWalk. Using data is provided by Winvestor, the business analysis and stock valuation website, we’ve put together a proprietary income screen to help... read more

This is part two of a multi-part interview with Sandon Capital, a Australian-based, deep value, activist investment firm. The interview is part of ValueWalk’s Value Fund Interview Series. Throughout this series,... read more

Charles de Vaulx on IVA funds call, below in an excerpt followed by the full transcript. Also check out his presentation at the Value Investing Congress yesterday. H/T Corner of... read more 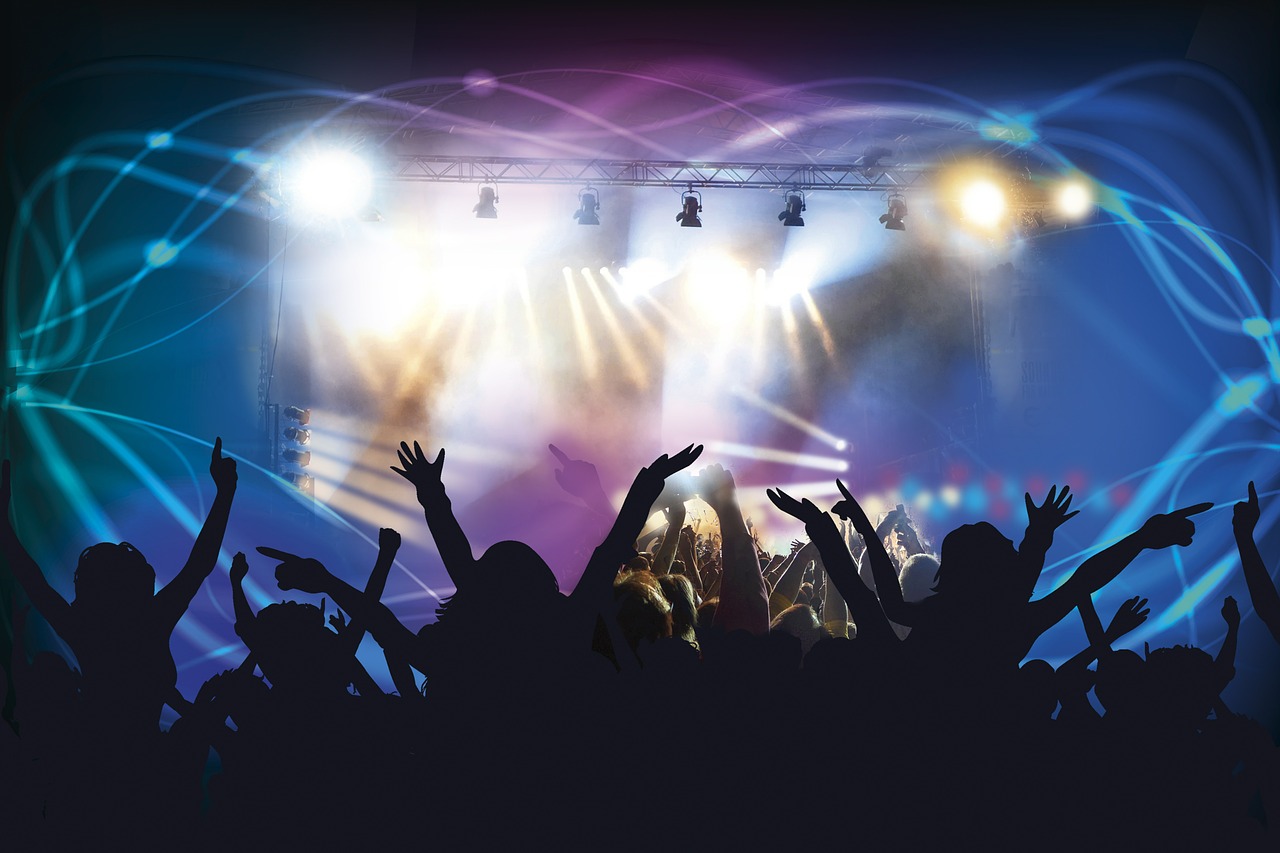 The Risks and Rewards of a Concentrated Stock Position Executive Summary There are many Horatio Alger stories in the corporate world in which an entrepreneur or CEO has the right idea... read more