In this Jeff Bezos interview (1 hour and 9 minutes) the Amazon CEO quotes from Warren Buffett and explains why he bought the Washington Post which is now profitable and hiring additional staff by becoming a national and global newspaper via the Internet.  Amazon located in Seattle, Washington so they could draw from the talent at Microsoft.  They will announce the location of their second headquarters by the end of 2018.  Amazon Web Services initiated cloud computing and it took seven years before anyone else entered this market resulting in its very large market share.  Bezos was always an A+ student, was his high school’s valedictorian (class of 750 in Miami, Florida), and graduated summa cum laude from Princeton in 1982 where he majored in electrical engineering, physics, and computing.

Bezos is starting charities focusing on pre-school education in poor neighborhoods to minimize the probabilities of children being left behind, and is also donating $2 billion to fight homelessness.

Jeff Bezos owns 16 percent of Amazon which is approximately a $1 trillion company.  He is the richest person in the world, worth $160 billion and “has created $840 billion in wealth for everyone else”.  He gets eight hours of sleep every night, exercises regularly, and has his first meetings everyday with staff at 10:00 a.m.  He is too tired at 5:00 p.m. to make major decisions.  He “putters around” in the morning by reading newspapers and has breakfast with his children before they go to school.  He previously worked for D.E. Shaw (investment management firm) in New York City where he met his wife Mackenzie Bezos who also graduated summa cum laude from Princeton.

Even though he had an excellent job with D.E. Shaw, he wanted to start a business selling books on the Internet.  What people think about late in life are “errors of omission”, what people could have done but did not.  He did not want this to be one opportunity that he did not pursue.

Warren Buffett has previously described Jeff Bezos as the best business person he has ever met.

Jeff Bezos was interviewed by David Rubenstein, co-founder and co-chief executive officer of the Carlyle Group.

Pope Brar: The Four Sections Of An Investment Checklist

The Four Sections of an Investment Checklist, with Pope Brar of Brar Investment Fund Read More 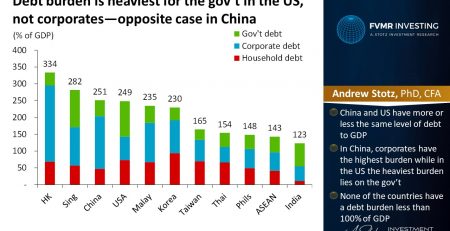 We wish the supporters of Al Nusra the best of luck.... US stocks continue to trade mostly sideways since their correction in mid-August.  The bears are beginning to become louder and increase... Read More