Last Tuesday, I was in Southwest Texas, at the Terlingua ghost town; created by a mercury mining boom in the early 1900’s. On the wall of the only remaining store in town, I saw this sign and had a good chuckle. Despite a century of human progress, nothing much has changed in how promoters entice suckers into their financial schemes. 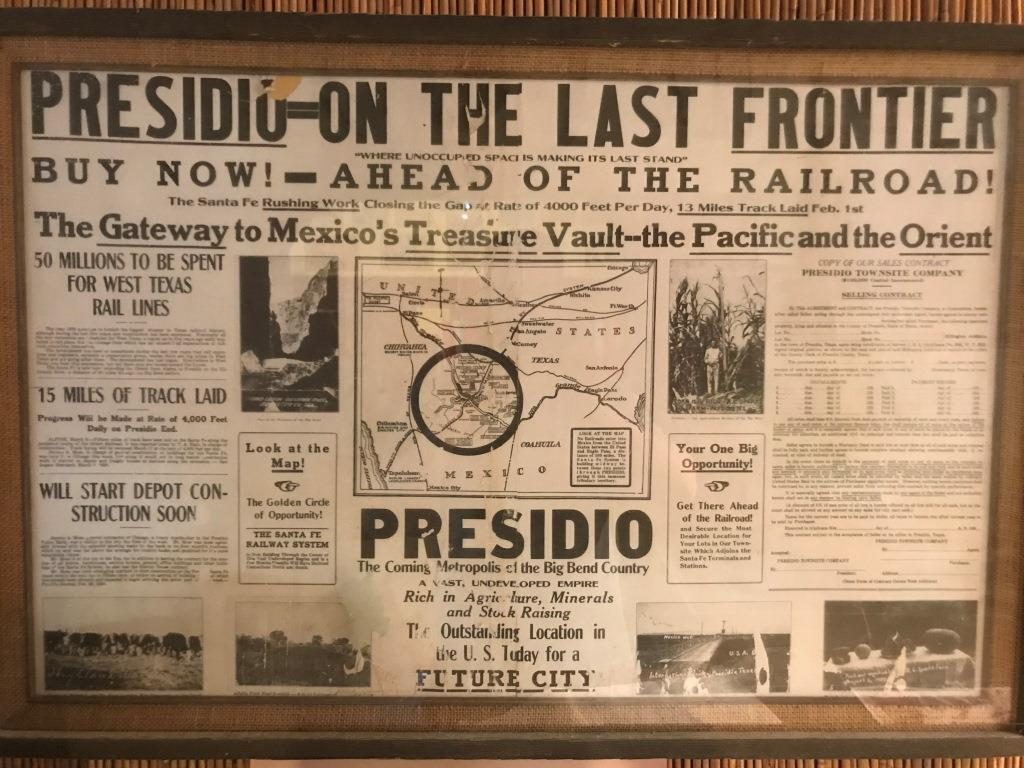 As the Everything Bubble of the 2010’s reaches the final blow-off phase, the con-men are coming out in full force and pitching all sorts of silly products; cannabis scams, fake currencies, Chinese schemes and an electronic vehicle Giga-Fraud. I have no doubt that most of the guys promoting the current generation of hot public companies are about as genuine as  the guys selling worthless desert a century ago.

According to the 2010 US census, there are 4,426 people living in Presidio, Texas. If you bought into the Presidio building boom, you’re probably still underwater—even after a century of inflation.

All of this talk about trading losses and rapidly expanding risk has increased the talk in Washington and New York about either increasing regulation or outright eliminating proprietary trading... Read More

Metaphors, Models & Theories Emanuel Derman Columbia University November 22, 2010 Abstract: Theories deal with the world on its own terms, absolutely. Models are metaphors, relative descriptions of the object of their... Read More

Last weekend, reports emerged that China was considering a ban on hedge funds and other investment vehicles, as part of its strategy to reduce market volatility. And while these reports... Read More