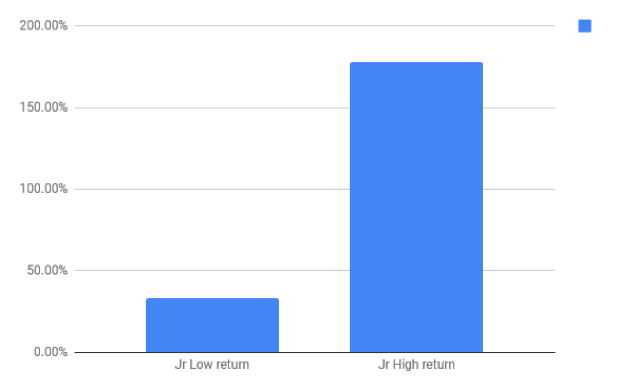 A settlement has been struck that will give certain Puerto Rican bondholders 33% upside to today’s trading – with much more potential upside than most observers appreciate.

This is a follow-up article to the blog posting we published on January 24th of this year where we encouraged readers to consider investing in subordinate (“junior”) Puerto Rico Sales Tax Revenue Bonds (also known as “COFINA”) when they were trading just under 15 cents per bond. The blog post can be found here.

These bonds were and are trading “flat,” which means they are not trading with accrued interest of approximately 1.5 years that is currently in trust at Bank of New York. My firm’s analysis suggests junio COFINA bonds have additional, mostly near-term, upside of another 33% to as much as 180%. Though these bonds should only be considered by speculative investors, our research suggests a disproportionate amount of remaining upside for the chance of downside deviation from today’s market prices.

Our research suggests further upside to COFINA JR Bonds with returns of 33% to about 180% possible within the next three months with a relatively low likelihood of downside deviation.

Since our blog posting (which was our first public sharing of our research) the junior COFINA bonds have had a historic rally that is almost unheard of in the municipal bond market: up over 300% from that date. The most recent upward price movement happened after a settlement agreement was reached between most of the vested parties in the Commonwealth of Puerto Rico bankruptcy proceedings. According to our calculations, if the settlement is consummated on or about January 1, 2019, the net recovery on that agreement will be about 60 cents of par for the junior holders, an additional 33% upside to recent trades. However, we believe there is relatively low chances for downside deviation and much more upside than the market is currently pricing in. In fact, we believe there are several pathways that could lead to over 100% of par recovery (full par plus accrued interest already in escrow) for both junior and senior COFINA investors, which is closer to 200% returns based on recent trades. Because the junior COFINA bonds are currently trading for around 45 cents in odd lot quantities versus around 82 cents for senior issues, we favor the junior COFINA bonds at this time. 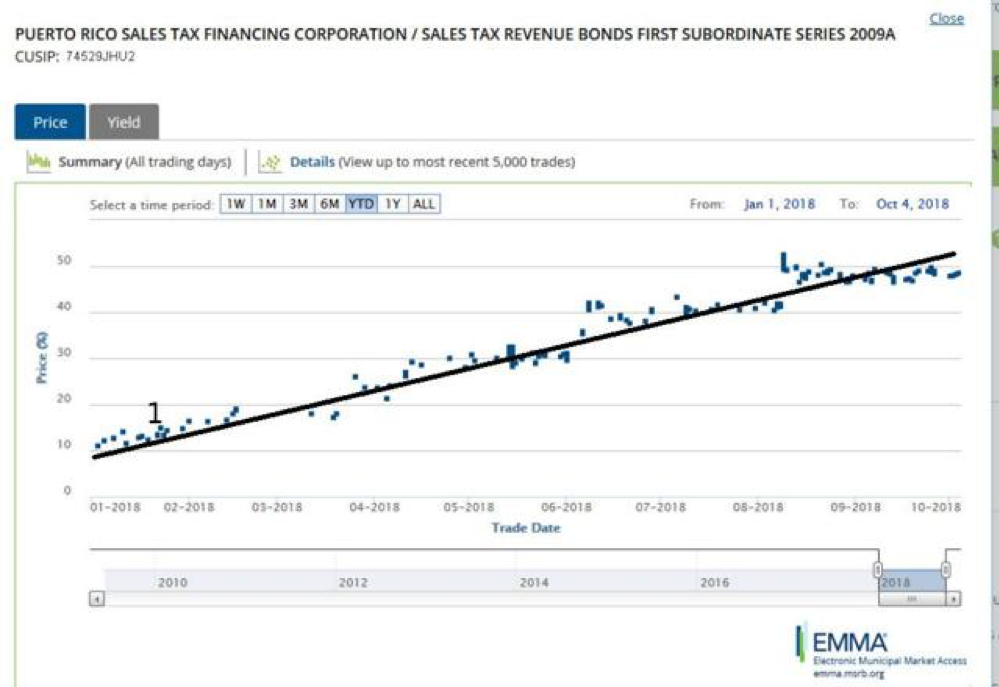 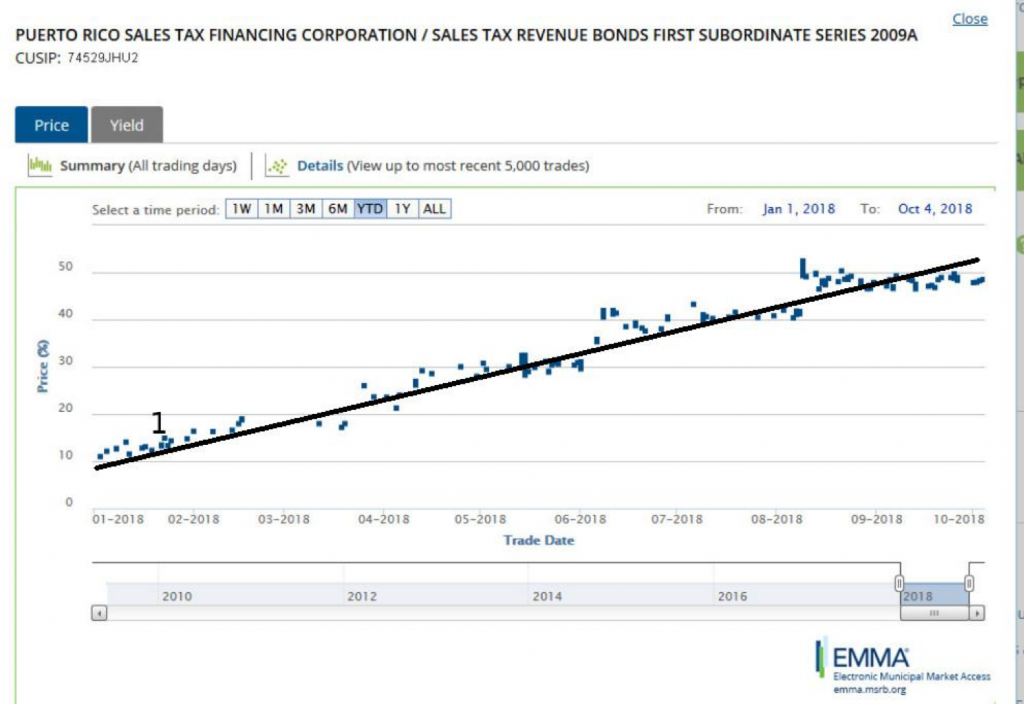 Source: emma.msrb.org “1” represents the approximate time and level of trading of our last Seeking Alpha posting (1/24/18 at around 14.2 cents).

We believe the 33% upside we calculate to be inherent in the existing agreement to be a relative baseline that is unlikely to be negotiated lower – and this (and potentially greater) upside shall be realized mostly between now and year end 2018.

A key component of the “Too Big to Fail” bank issue is that if the bank derivatives were to fail again it could literally wipe out the world economy. ... Read More

Twitter is much like the crowded, but important street that every business has to navigate. There’s no way a business can avoid sauntering through it, while it’s tremendously crowded... Read More