When ground broke on the massive Tesla Gigafactory in Nevada in 2014, the world marveled at the project’s audacity, size, and scope.

At the time, it was touted that the cutting-edge facility would be the largest building in the world by footprint, and that the Gigafactory would single-handedly be capable of doubling the world’s lithium-ion battery production capacity.

What many did not realize, however, is that although as ambitious and as forward-looking as the project sounded, the Gigafactory was just the start of a trend towards scale in the battery making space. While Tesla’s facility was the most publicized, it would ultimately be one of many massive factories in the global pipeline. 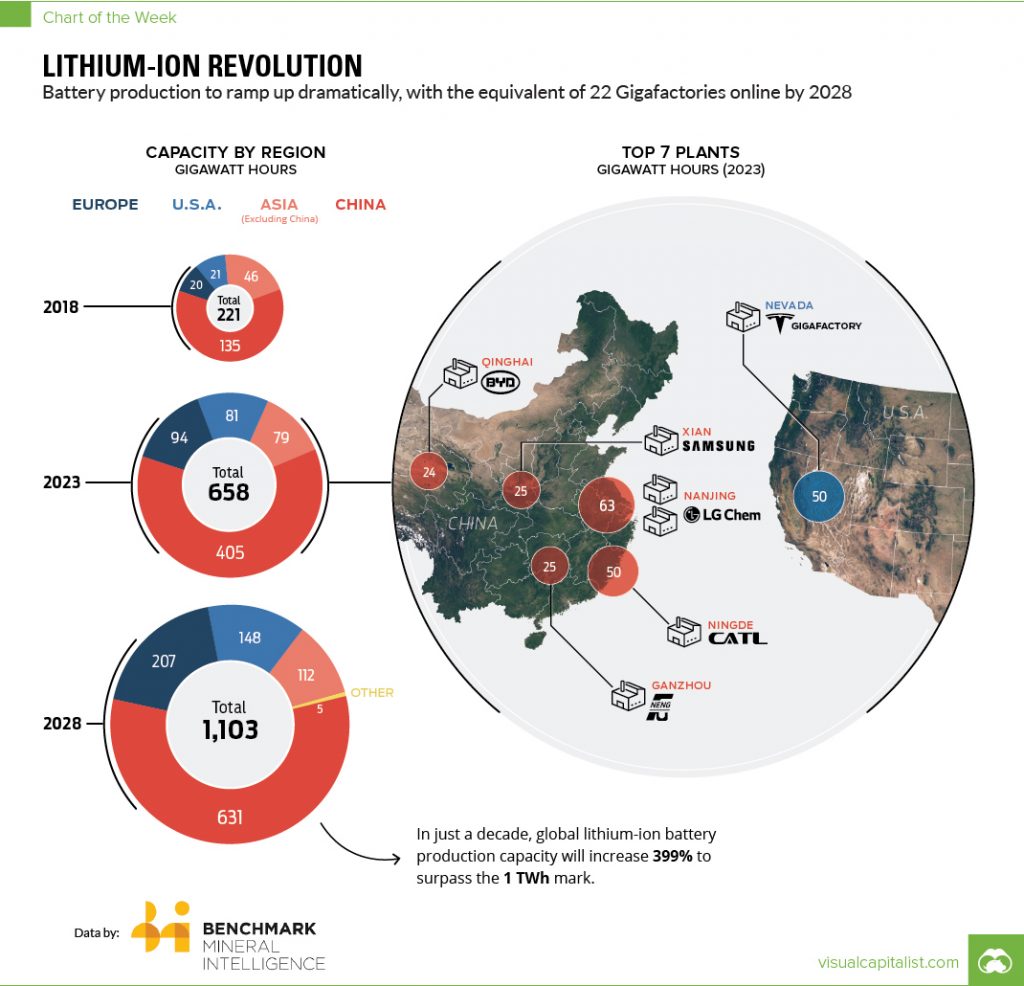 Today’s data comes to us from Benchmark Mineral Intelligence, and it forecasts that we will see a 399% increase in lithium-ion battery production capacity over the next decade – enough to pass the impressive 1 TWh milestone.

Here is a more detailed projection of how things will shape up in the coming decade:

In just a decade, lithium-ion battery megafactories around the world will have a combined production capacity equivalent to 22 Tesla Gigafactories!

The majority of this capacity will be located in China, which is projected to have 57% of the global total.

According to Benchmark, the top 10 megafactories will be combining for 299 GWh of capacity in 2023, which will be equal to almost half of the global production total.

Here are the top 10 plants, sorted by projected capacity:

Of the top 10 megafactory plants in 2023, the majority will be located in China – meanwhile, the U.S. (Tesla Gigafactory), South Korea (Samsung), and Poland (LG Chem) will be home to the rest.

Reaching economies of scale in lithium-ion battery production will be a significant step in decreasing the overall cost of electric vehicles, which are expected to surpass traditional vehicles in market share by 2038.

MCN Capital Management commentary for the second quarter ended June 30, 2017. Get The Timeless Reading eBook in PDF Get the entire 10-part series on Timeless Reading in PDF. Save it... read more 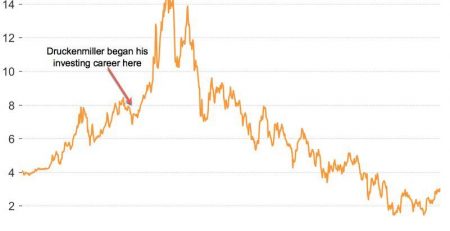 Alex here. The Druckenmiller Real Vision interview is well worth the watch if you have a subscription and 90 minutes to spare. And if you don’t, you’re in luck because... read more

The US dollar has recovered 50% of its losses from mid-January, and this could severely hamper the United States' economic recovery, that’s the main takeaway from a new research report... read more

Shadow banking is a system of financial institutions who conduct business outside the regulatory framework. In other words, it involves those activities that cannot be monitored by regulatory authorities,... read more

Company managements looking to achieve earnings growth often default to cost cutting, stock buyback, accounting gimmicks and other methods. But there is another way. More often than not, managements... read more