China Hacks The U.S. And Elon Talks About The Matrix – ValueWalk Premium

The Big Hack: How China Used a Tiny Chip to Infiltrate U.S. Companies

— Bloomberg Businessweek dropped this bomb of an article yesterday. It’s a riveting story about an attack by Chinese spies that reached almost 30 U.S. companies, including Amazon and Apple.

The Chinese got in at the hardware level, planting a small microchip the size of a grain of rice onto the motherboard of servers that were later shipped off for use by companies in the US. Here’s how the scheme worked according to Bloomberg:

A Chinese military unit designed and manufactured microchips as small as a sharpened pencil tip. Some of the chips were built to look like signal conditioning couplers, and they incorporated memory, networking capability, and sufficient processing power for an attack.

The microchips were inserted at Chinese factories that supplied Supermicro, one of the world’s biggest sellers of server motherboards.

The compromised motherboards were built into servers assembled by Supermicro.

The sabotaged servers made their way inside data centers operated by dozens of companies.

When a server was installed and switched on, the microchip altered the operating system’s core so it could accept modifications. The chip could also contact computers controlled by the attackers in search of further instructions and code.

Alex thinks the government is leaking this info now to boost public support for what they’re about to do against the Chinese. That makes sense to me. Trump wants to turn up the heat in order to win this trade war. And he needs the political ammo to do it.

How to biohack your intelligence — with everything from sex to modafinil to MDMA — This is a deep dive beast of an article about how to maximize your intellectual potential and output. Topics range from supplements, drugs, blood testing, diet, workout regimes, sex, sleep and much more.

A lot of the stuff this guy’s doing isn’t for the average Joe. You need a team of doctors to help manage everything. But there’s still plenty of actionable advice that I plan on implementing. I want to start with his iPhone strategy by getting rid of all messaging and social media apps from the home screen. I feel like that will stop my mental space from getting constantly hijacked by notifications. 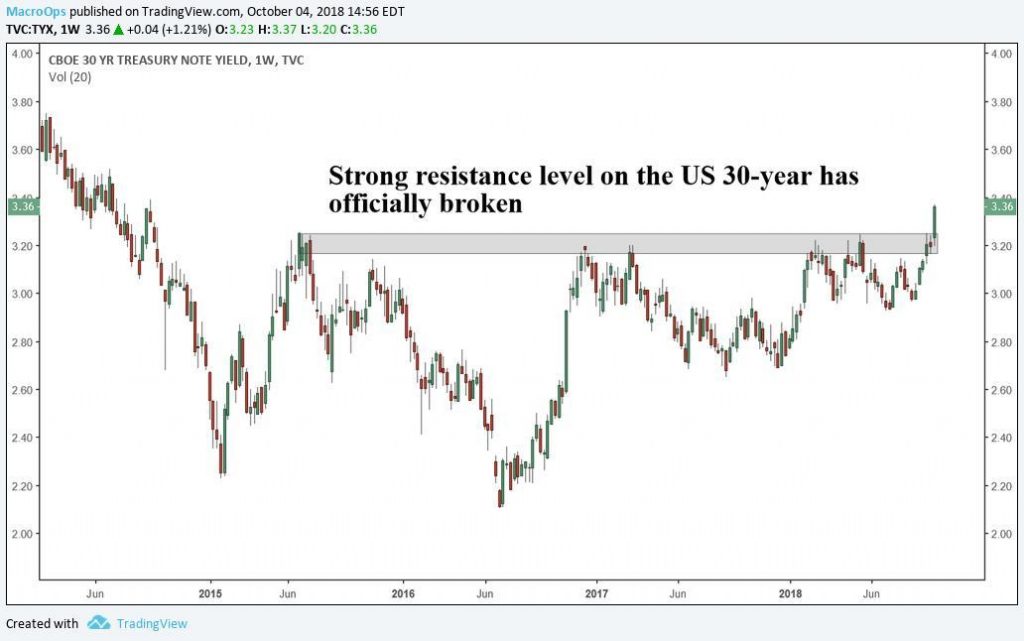 This is a significant breakout in the US long bond and it’s important to pay attention to. Stocks and bonds constantly compete for capital. And the higher the interest rate, the more attractive bonds become relative to stocks. If rates move up too quickly from here we could see another correction in equity markets as investors start to prune equity exposure in favor of higher interest rate government bonds.

I bet most of you have already seen this photo of Elon Musk smoking a joint on Joe Rogan’s podcast.

It intrigued me enough to start the episode and I ended up staying for all two and half hours. (Link here)

Elon and Rogan hit on all the hot topics including flamethrowers, the future of AI, Tesla’s plans, space colonization, the effects of social media on happiness, Elon’s “brain interface” company Neuralink, and the idea that we all might be living in a matrix type simulation.

Whether you love him or hate him, I think this interview is worth the listen. Elon has a lot of interesting ideas outside of Tesla and it’s a breath of fresh air to hear him talk in a casual setting.

ESPN released their first magazine with a pro gamer on the cover.  This reminded me to get back to work on the esports thematic and Activision Blizzard (Ticker ATVI) has so far been my favorite out of all the companies I looked into. 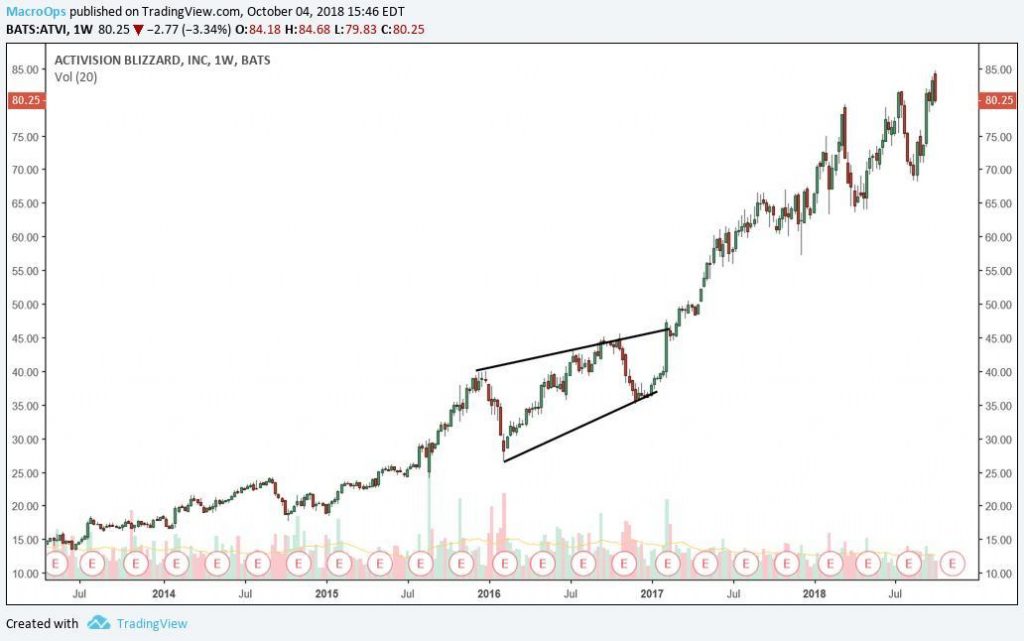 The company has long-running, popular franchises like Call of Duty, World of Warcraft and Overwatch — games that constantly top the best-seller charts. This gives them a massive audience of around 350 million active users.

The average user spends 50 minutes per day playing or watching Activision’s games. This allows Activision to further monetize via in-game content or pay-to-play features. This so far has translated into eight $1 billion franchises.

To top it off this company is a cash machine. They did over $2.2 billion in free cash flow over the last 12 months. 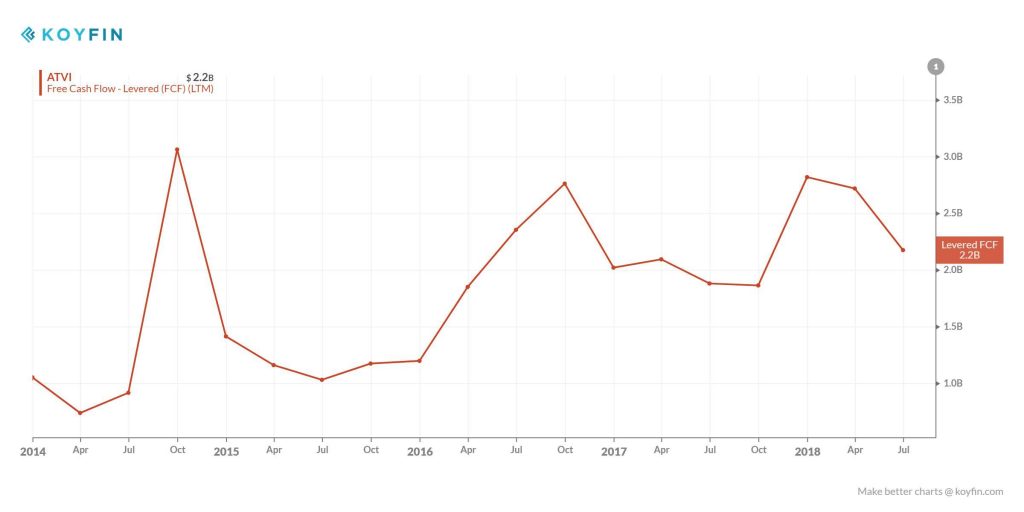 This impressive company operating in a space with a strong secular tailwind (esports) has me excited.

Progress does not march forward like an army on parade; it crawls on its belly like a guerrilla. ~ Michael Lewis 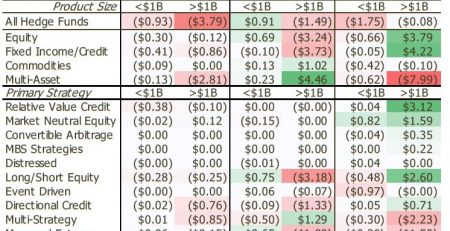 Redemptions from the industry to begin Q4, along with elevated performance losses in October from many strategies, does not bode well for the remainder of 2018. Q3 hedge fund letters,... Read More 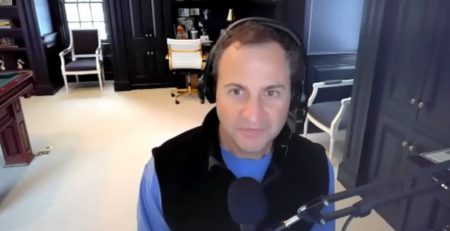 Bernanke (Once Again) Calls Out The Wall Street Journal

As hedge fund managers watch the Fed closely for practical signs of tightening, with some Fed watchers saying Janet Yellen has already engineered the start of a restrictive monetary... Read More