The Eurekahedge Hedge Fund Index ended the month down 0.05%1, trailing behind the MSCI AC World Index (Local) which gained 0.07% over the course of the month. North American hedge fund managers broke their winning streak and slumped 0.16%, contrary to the positive performance exhibited by the S&P 500, which ended the third quarter with its best performance since Q4 2013. On a year-to-date basis, North American fund managers maintained their lead over other regional mandates with a 3.16% return. Over in Asia, concerns over the escalation of the tariff spat between China and the US has continuously put pressure on the region’s equity markets throughout the quarter with the PBOC recently reducing the reserve requirements for its banking system for the 4th time this year to cushion the impact of US tariffs on the country’s economy. Asia ex-Japan hedge fund managers lost 1.80% in September, barely ahead of the benchmark MSCI AC Asia Pacific ex-Japan Index (Local) which declined 1.87% over the month. Escalating trade tension, weak currencies, and slowing growth in China might continue to pose as challenges for hedge fund managers focusing in the region for the remaining months of 2018. Across major strategic mandates, distressed debt and fixed income led the pack with their 1.84% and 0.72% returns over September.

Roughly 48.7% of the underlying constituents of the Eurekahedge Hedge Fund Index ended the month on a positive note, with 10.4% of these managers posting double-digit gains year-to-date. The asset-weighted Mizuho-Eurekahedge Index (USD) edged 0.55% higher during the month, supported by the strong performance of fund managers overseeing large assets during the month. The Eurekahedge Billion Dollar Hedge Fund Index is up 0.97% for the month, and 0.50% for the year through to September.

Below are the key highlights for the month of September 2018:

North American fund managers ended the month down 0.16% despite the robust underlying equity market performance. The S&P 500 index gained 0.43% in September, ending the quarter with its strongest quarterly gain since Q4 2013. European fund managers were down 0.19% during the month, underperforming the MSCI AC Europe Index (Local), which declined 0.01%. Hedge fund managers focusing on Eastern Europe and Latin America ended the month up 1.91% and 1.19% respectively, supported by the rebound in the regions’ underlying equity markets following the beating they took back in August. Meanwhile, the Eurekahedge India Hedge Fund Index posted a loss of 10.26%, as the region’s equity market struggled under weak currency, rising inflation, and concerns over trade deficit. 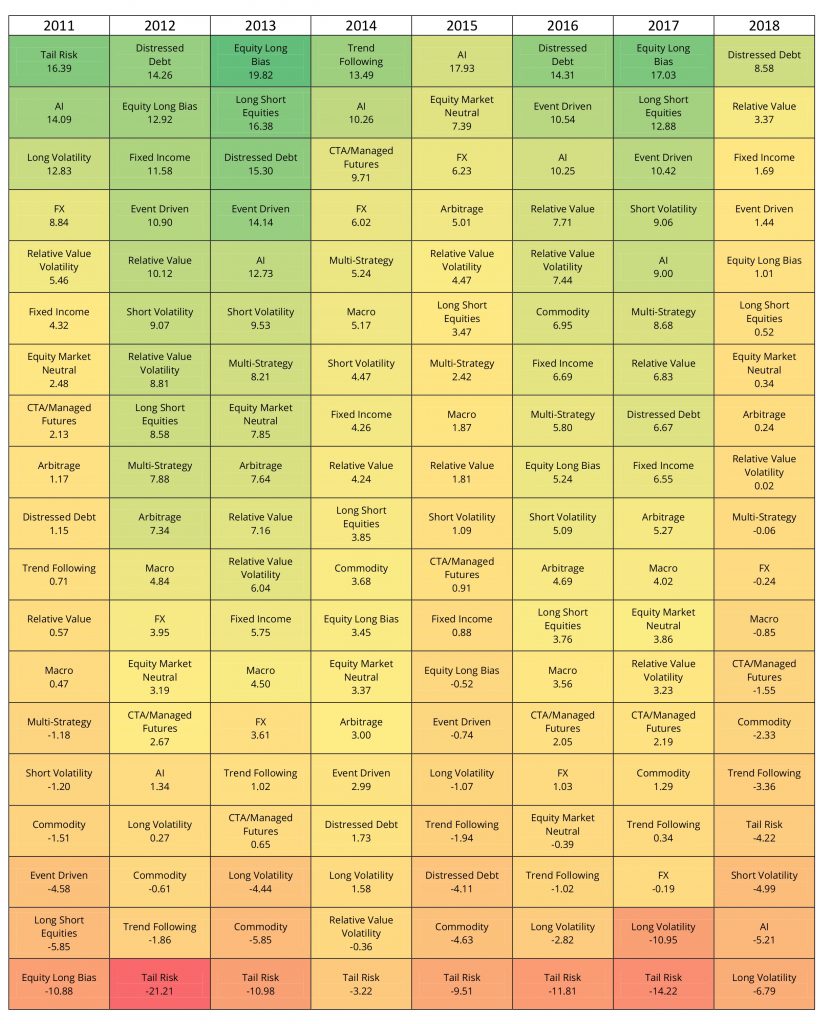 Big Short Could Be A Steve Carell Breakout Film

This Christmas the big screen will be rocked with a movie with a significant societal message that has nothing to do with religion. This is when Michael Lewis’ The... read more

Even though September is considered the biggest redemption month for Global EM sovereigns, the favorable market conditions should attract a flurry of issuers to the market over the next few... read more 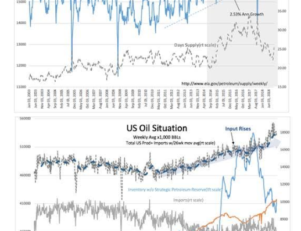 The four sections of an investment checklist, with Pope Brar of Brar Investment Fund read more

The number of oil patch bankruptcies continues to rise, and the number of large companies with billions owed to creditors is accelerating. This revelation comes from to law firm Haynes and Boone... read more