EU, NATO, and Schengen, oh my!

Amidst whispers of Brexit and potential changes within NATO, you might be wondering how these organizations fit into the big picture of Europe’s member states.

Europe has members in at least four major treaty groups, each of which governs a different aspect of the region’s infrastructure. 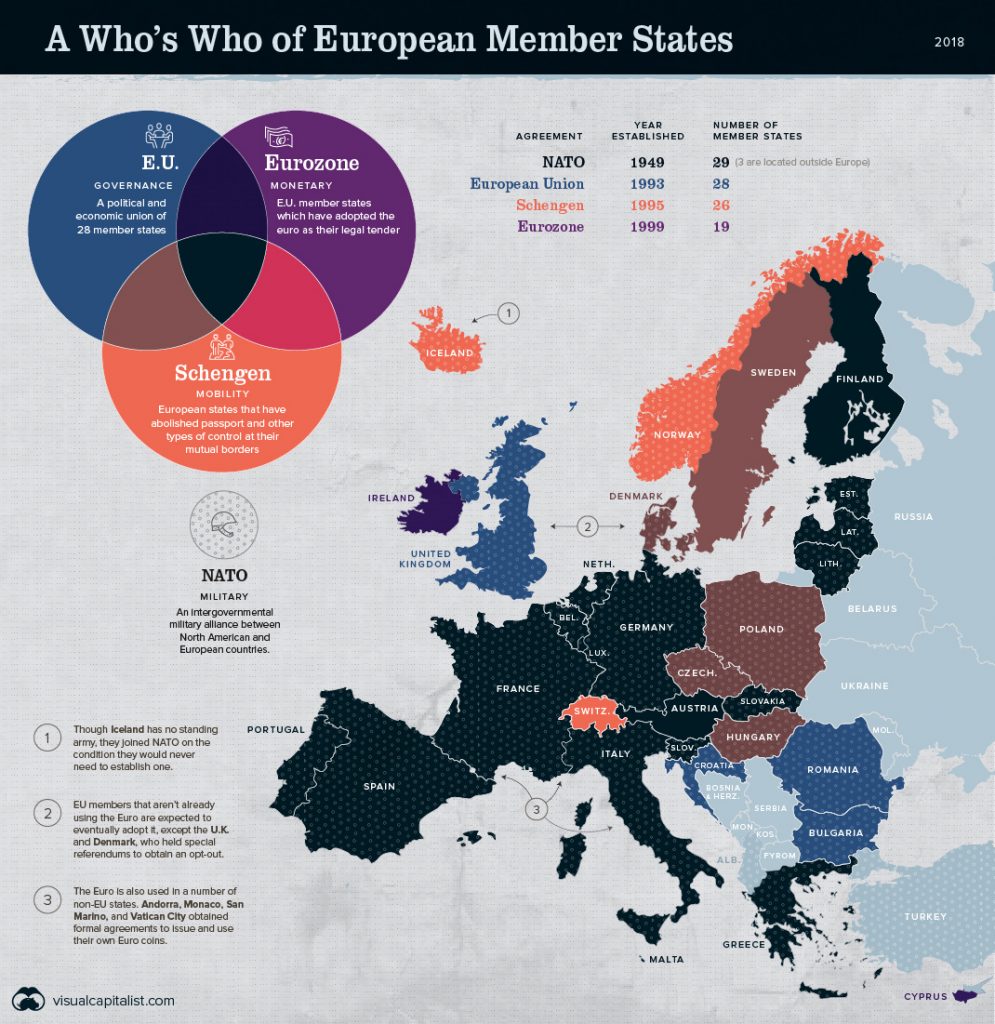 Let’s break down each group:

The European Union is primarily a political organization. It promotes economic, social, and political cooperation among its member states, encompassing more than 510 million citizens. The last nation to join was Croatia in 2013, while the United Kingdom will be the first to officially withdraw on March 29, 2019.

The EU is governed according to a supranational parliamentary system, with representatives elected by member states. The union maintains common policies on trade, agriculture, and regional development. It also enacts legislation on justice and home affairs, ensuring the free movement of people, goods, services, and capital within its borders.

The EU was awarded the Nobel Peace Prize in 2017 for its contribution to the “advancement of peace and reconciliation, democracy, and human rights in Europe.”

NATO is a military alliance between the United States, Canada, Turkey, and 26 other European countries.

Established in 1949 as a response to post-WW2 Soviet aggression, NATO exists for the collective defense and security of the group. Members share few laws and regulations, but an attack on one constitutes an attack on all, and member states are obligated to act in defense of one another.

Iceland remains the only member without armed forces. Their strategic geographic location earned them a spot as a founding member of NATO, but they have no standing army and joined on the condition they would never need to establish one.

The Eurozone is a monetary union of 19 EU nations which have adopted the Euro as their common currency.

Established in 1999 to control inflation, the Eurozone is managed by a board of central banks, but members share no fiscal policies. The remaining EU members are obliged to adopt the Euro at some point in the future, except for the UK and Denmark, who are exempt and permitted to retain a unique currency.

The Euro is also used in a number of non-EU states. Andorra, Monaco, San Marino, and Vatican City obtained formal agreements to issue and use their own Euro coins. Kosovo and Montenegro also adopted the Euro, but without formal permission, meaning they cannot legally issue currency.

This grouping of 26 European states abolished passports and other types of border control at their mutual borders in 1995. For travel purposes, Schengen states function as a single country with a common visa policy.

This visa doesn’t cover residency or work permits, but allows tourists and visitors to obtain a single visa for the entire area, making border restrictions virtually non-existent. While travellers face stringent controls when entering or leaving the Schengen zones, visa holders can pass between Schengen countries without a passport or ID.

Monaco, San Marino, and Vatican City are not formally part of Schengen, but maintain open borders within the Schengen area.

The map of Europe’s member states has changed constantly over thousands of years. As political shakeups continue and the United Kingdom prepares for their exit from the EU, it might be interesting to see how different this map looks a few years from now. 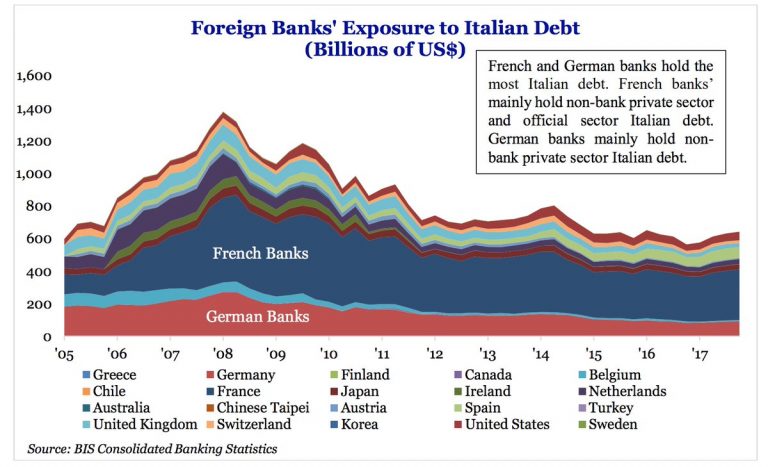 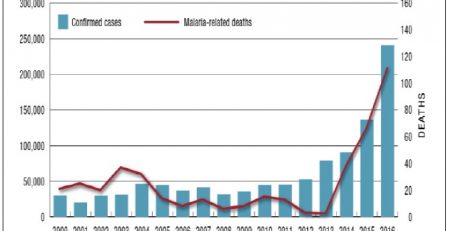 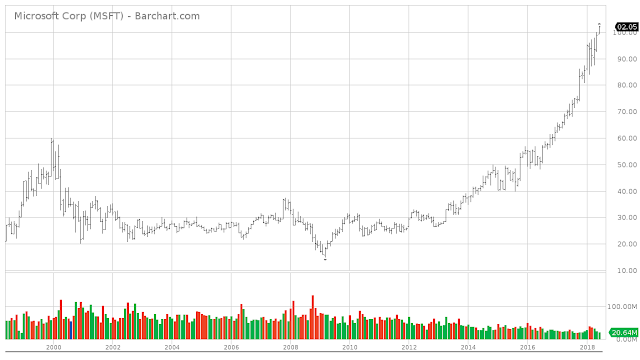 Microsoft`s recent purchase of GitHub for for 7.5 Billion in stock tells us a couple of things about financial markets right now. Namely, the number being discussed for GitHub... read more 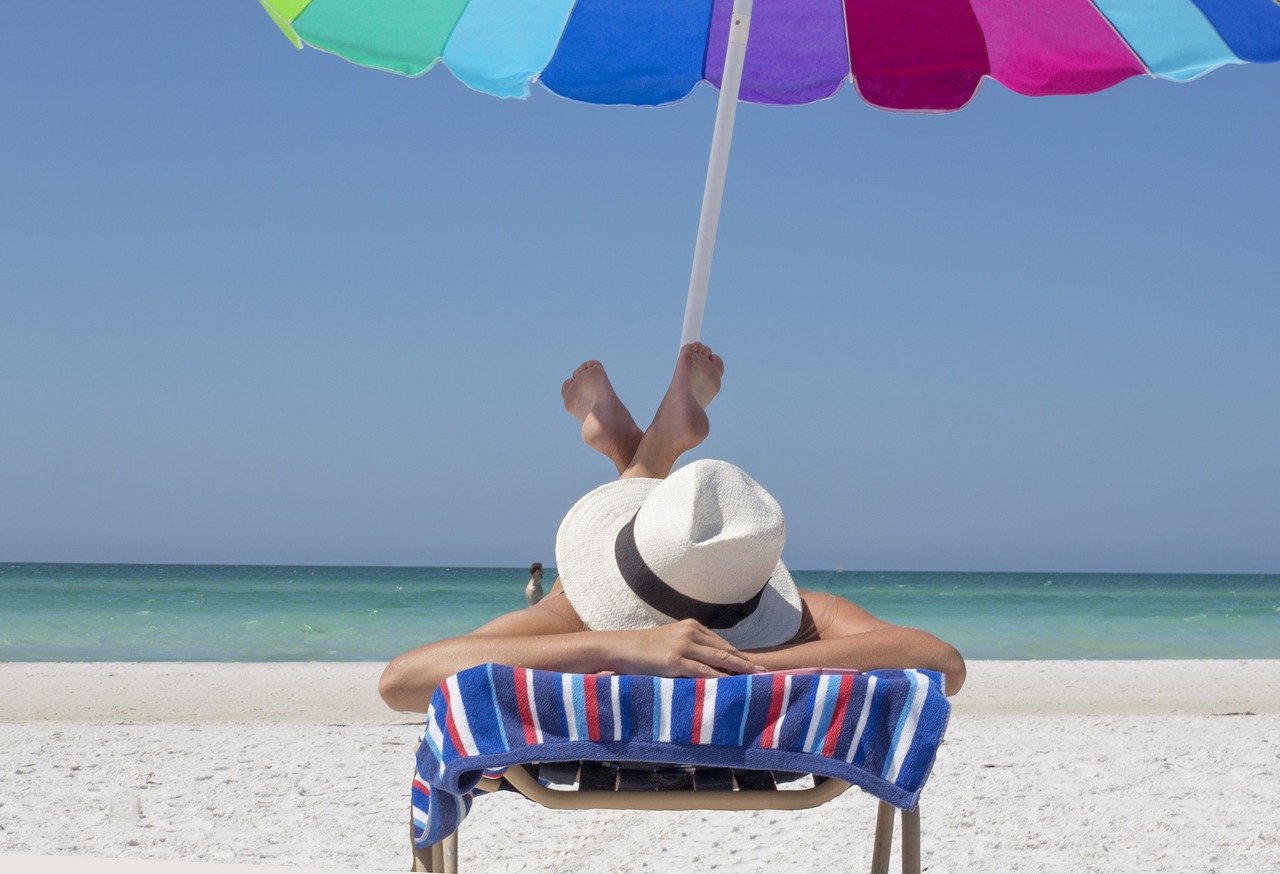 Brand awareness is not just important for sodas, stores and celebrities. Even in the world of institutional investment management, a strong brand can have big benefits. Get The Timeless Reading... read more