Rapid urbanization is one of the major forces shaping our global economic future.

A century ago, it was almost unfathomable that any person would want to live in a city with 10 million other people, but by the 1930s, New York City was the first metropolitan area to pass the mark. Fast forward to today, and there are 33 urban areas that meet the definition of a “megacity” spread throughout the globe.

It’s true that many of these megacities have been global centers for a long time – think cities like London, Tokyo, Los Angeles, and Paris – but we are now entering an era in which new megacities are cropping up every other year, including ones that have less familiar names and backstories. 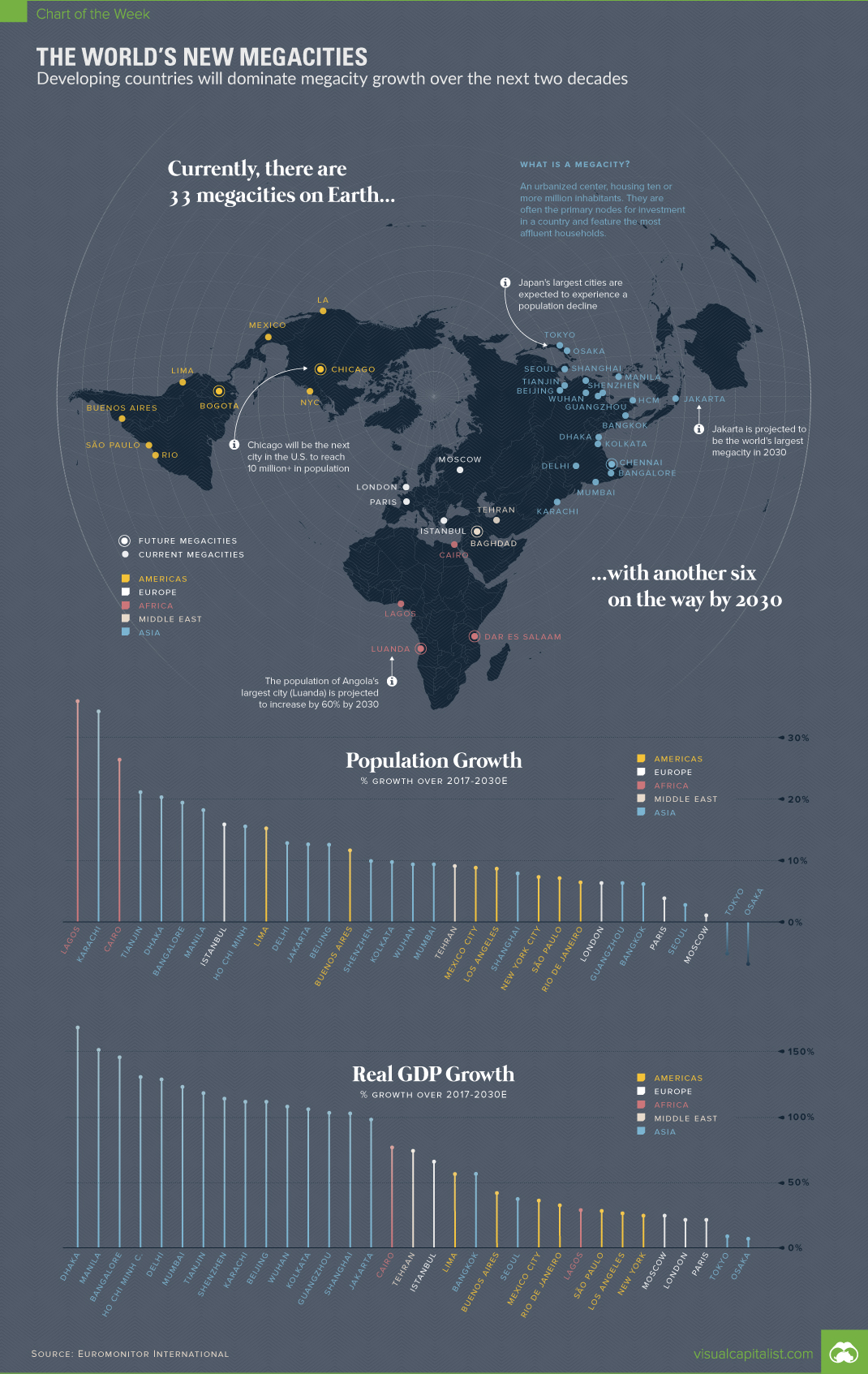 Today’s chart is based on a forecast from Euromonitor International, outlining how the megacity landscape will shift in the coming years.

It focuses on the 39 megacities expected by the year 2030, when they will house 9% of the global population and contribute 15% of the world’s GDP. These same megacities will take up about 3% of global land mass.

Just over a decade from today, there will be five new megacities in developing countries, and one from a developed market:

The Windy City has been on the cusp of the megacity mark for some time, and it will finally hit 10 million inhabitants in the coming years. In 2030, it will have by far the biggest GDP of all new megacities, at $596 billion (constant 2017 prices).

The high-altitude Colombian capital will join the ranks of other Latin American megacities like Rio de Janeiro, São Paulo, Mexico City, Lima, and Buenos Aires. It will have a $109 billion economy (constant 2017 prices) by this time.

This is the entry to the list with the fastest-growing population. Between 2017-2030, the city will increase its residents by 60% – but it will still be nowhere as big as Cairo, which will be Africa’s biggest megacity at 29.8 million people.

This city, which is on the Bay of Bengal in eastern India, will be the most dense of all new megacities by 2030. Chennai’s economy, however, will be $50 billion (constant 2017 prices) – which is just 1/12 the size of Chicago’s.

Iraq’s biggest city already has close to 8 million inhabitants, but by 2030 it will get to the double digits thanks to its impressive population growth rate.

The most populous city in Tanzania is growing almost as fast as Luanda – and on top of that, it has the fastest-growing (and smallest) GDP of the six new megacities. This isn’t the first time the city’s name has come up in a projection like this, as the Global Cities Institute sees it being the third most populous city in the world further down the line.

What other interesting things are projected to happen to key urban centers?

When it comes to global urbanization, the only constant is change – and massive metropolises that seem unfathomable today could be much more commonplace down the road.

The latest from Albert Edwards of SocGen. Below is the summary of his report as well as some good charts from the note just released. Albert Edwards: EM rout is merely... read more 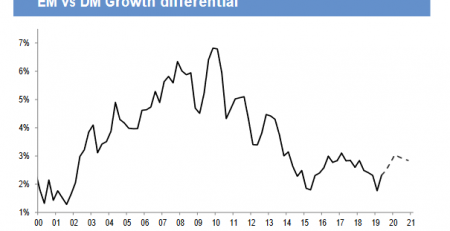 Brevan Howard has finally experienced some positive returns in the struggling Emerging Markets Master Fund, which was up 2.3% last month, bringing year to date loss down to 12.7%... read more

Warren Buffett's Wells Fargo Investment: What Are The Odds?

Warren Buffett's Wells Fargo Investment: What Are The Odds?by Sanjay Bakshi, via Slide Share What Are the Odds? “Take the probability times the amount of possible loss from the probability of... read more

How To Receive Your Tax Refunds As Fast As Possible

For the typical U.S. tax payer, the Internal Revenue Service (IRS) is in many ways reminiscent of the age-old politician who is ever early to collect their vote but... read more

Just the other day, one of the market ‘experts’ on a business news channel while recommending a stock, said that it had the potential to be a multi-bagger. Overall... read more

From a (second) email which Whitney Tilson just sent to investors. Catching up on articles I read and archived over the holidays… Whitney Tilson on Xiaomi 1) This is completely insane (and... read more