Robert Gordon: The Market Is Not Overvalued – ValueWalk Premium

Robert Gordon dismissed concerns that the stock market is in a bubble and further predicted that the unemployment rate will drop to below 3%.

Gordon is a highly distinguished economist and professor at Northwestern University with a lifelong interest in productivity growth. He spoke at the NABE 60th Annual Meeting in Boston on September 30, you can view the presentation slides here.

I will explain why Gordon said we should expect a recession in 2020-2021, but first let’s look at why’s he doesn’t believe there’s a stock market bubble.

The economy’s stable expansion will continue in 2019

The current economy is at a “golden” moment, Gordon said, and is undergoing a stable expansion.

Throughout the recovery, we have had an extended period of low inflation at or below the Fed’s target of 2%. The average GDP growth rate was 3% in the first half of the year.

We have also seen a consistent decline in unemployment, dropping from 10% in October 2009 to 3.9% in August 2018. Labor markets are tightening across the U.S. economy, Gordon added. There are 18 U.S. states currently reporting unemployment rates at 3.5% or below.

How low can unemployment go? According to Gordon, “we’ve got a ways to go still.”

He predicted that job growth will continue, and the unemployment rate will go on to fall below 3%.

In the last four years, the growth in employment has been incredibly stable, Gordon said. In that time, consumption has grown steadily at a higher rate than employment. 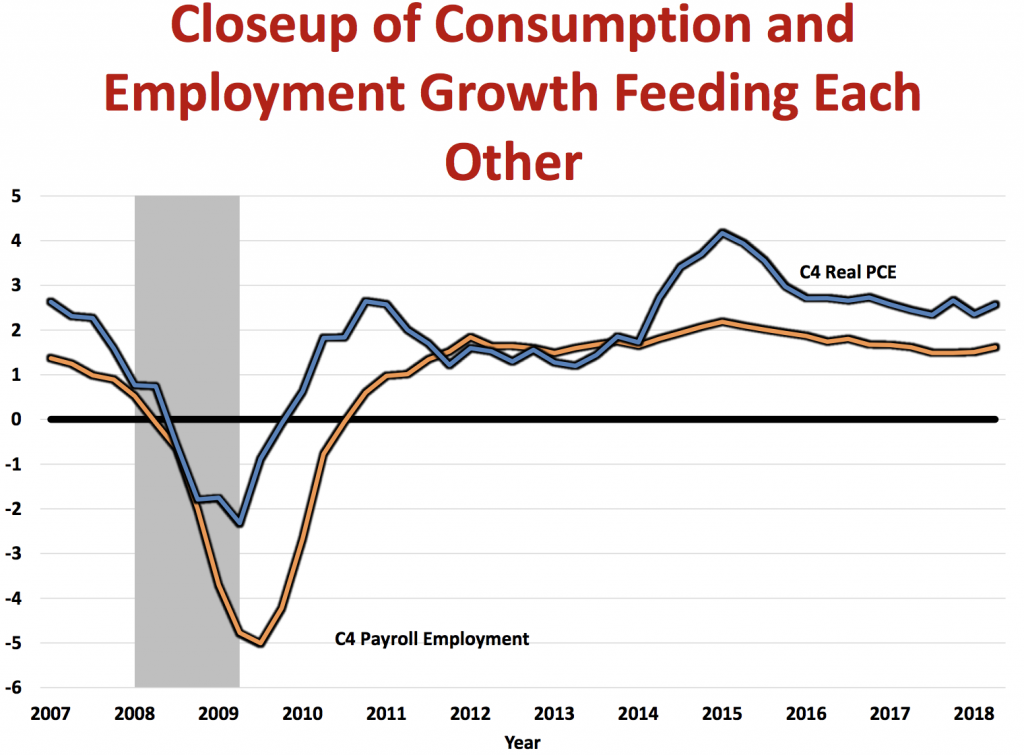 This is a healthy sign that the two expansionary economic forces are feeding each other, Gordon explained. When employment growth generates a rise in income, it translates to higher consumption levels. This virtuous cycle generated the consistent 2% GDP growth, and we can expect that 2% growth to be generated every year until something slows it down, according to Gordon.

Current expansion into next year

“What’s unique to the current expansion,” he said, “is that deficits are getting bigger very late in the expansion.” Historically, fiscal deficits grow during economic downturns, not during expansions.

Last year we had the steady 2% GDP growth rate that we’ve had for years. When this was boosted by fiscal stimulus, he said, it accelerated the expansion. We have already seen GDP growth jump from 2% in 2017 to 3% for the first half of 2018.

According to Gordon, investors can expect to see the 3% expansion we have now to repeat again next year, since nothing will be slowing it down and the boost from fiscal stimulus will still be there.

Along with that repeated 3% growth next year, Gordon said, investors can expect an added boost to the expansion from the stock market.

The expansion driven by fiscal policy and the stock market will cause GDP growth to accelerate from the steady 2.0% growth we’ve had for several years to 3.5% GDP growth.

Grey Owl Capital Management letter to clients for the second quarter ended June 30, 2016. “Insanity is doing the same thing, over and over again, but expecting different results.” “We cannot... read more

So You Want to Be Like Warren Buffett? Hows Your Writing?

Mark Sellers on Warren Buffett: First of all, I want to thank Daniel Goldberg for asking me to be here today and all of you for actually showing up.... read more

Last year was hnot a pleasant one for Bruce Berkowitz or him mutual fund, Fairholme (MUTF:FAIRX). The media even got involved and bashed the fund manager. Even the Wall Street Journal... read more

Livermore Partners letter for the third quarter ended September 30, 2016. Impressive returns was up 68% in H1 and another 18% in Q3. See the full letter below, but... read more

It's currency. It's luxury. It's even dessert. But those are only the base uses of gold. This is the stuff of gods, big and small. Since the dawn of... read more 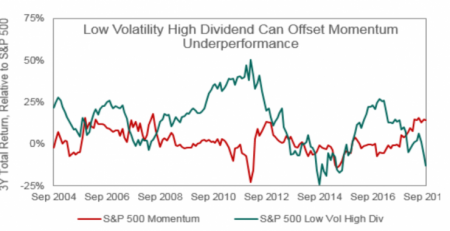 This past quarter, the S&P 500 returned its best performing quarter since Q4 2013 with a 7.7% return.  Large cap stocks were the clear winners as investors sought the... read more