The fact that households have a large allocation to equities is viewed as a positive by some because it provides a floor for the market. Others view it as a negative because the ownership rate is unsustainably high. The logic that households need to invest in equities is the same logic which supports a house of cards. You’re betting that because Americans have so many assets and need a place to invest, stocks will go up or at least avoid long term underperformance. Specifically, Americans have $28.3 trillion in retirement assets, 19% of which is in 401(k) accounts which equates to $5.3 trillion. There 550,000 plans and 54 million participants. The money flows in every month when the economy is strong and investors are optimistic.

However, it’s not fair to act as if US equities are the only place to invest. There’s no rule that Americans can’t switch to emerging markets or other foreign markets which are cheaper. The problem of course is that most retail investors have home country bias when investing. A lot of America’s high valuation is based on technology companies. There are always new technologies which garner attention and investments. American internet firms are currently dominating the world. However, if new technology firms from other countries out-innovate them or regulations stop their momentum, America won’t continue its amazing run.

Secondly, sentiment is important. Real estate was a great source of returns in the 2000s, so it garnered a lot of capital; investors always chase returns. When stocks crater most Americans won’t be ready to buy more. It takes a seasoned investor with great patience to buy when markets crash. However, those who blindly chased momentum to the upside (buying), will begin chasing the momentum to the downside (selling). Obviously, it was a bad idea to sell stocks after they fell 40% in 2008, but investors still sold until buyers overwhelmed them at the bottom in March 2009.

The final point on this topic is you can’t use household assets to support the narrative that stocks will rise because assets grow in expansions and fall in recessions. Since households own so much stock, assets will fall drastically in a bear market. High investment in stocks can’t save the U.S. from a bear market. That’s circular reasoning.

Saying stocks will go higher because Americans will put money to work in stocks is at least better than the argument that states households have cash on the sidelines and have money to invest. That second argument is factually incorrect as households have a very high exposure to equities as shown in the chart below.

A New Kind Of Cycle

The point of this article isn’t to be negative. We’re just trying to find the best arguments. That will prevent you from going long based on high household equity allocation, because you would be betting against historical results. This cycle is unique because while household net worth as percentage of disposable income is at a record high, the household debt service ratio adjusted for income skew is low.

As you can see in the chart below, households have increased their assets without taking out more leverage.

2019 will be interesting because wage growth is set to make new cycle highs. The question is if wage growth catalyzes heightened inflation. While inflation increased in 2018, that was in part caused by high oil prices and easy comparisons. It will be interesting to see if core inflation can get much above the Fed’s 2% target. If inflation keeps rising, the cycle will end quickly. If it doesn’t rise because of tough comparisons in early 2019, real wage growth should be great. As you can see from the chart below, the percentage of small businesses planning wage increases is high. This signals ECI private wage and salary growth will accelerate in the next 2 quarters. 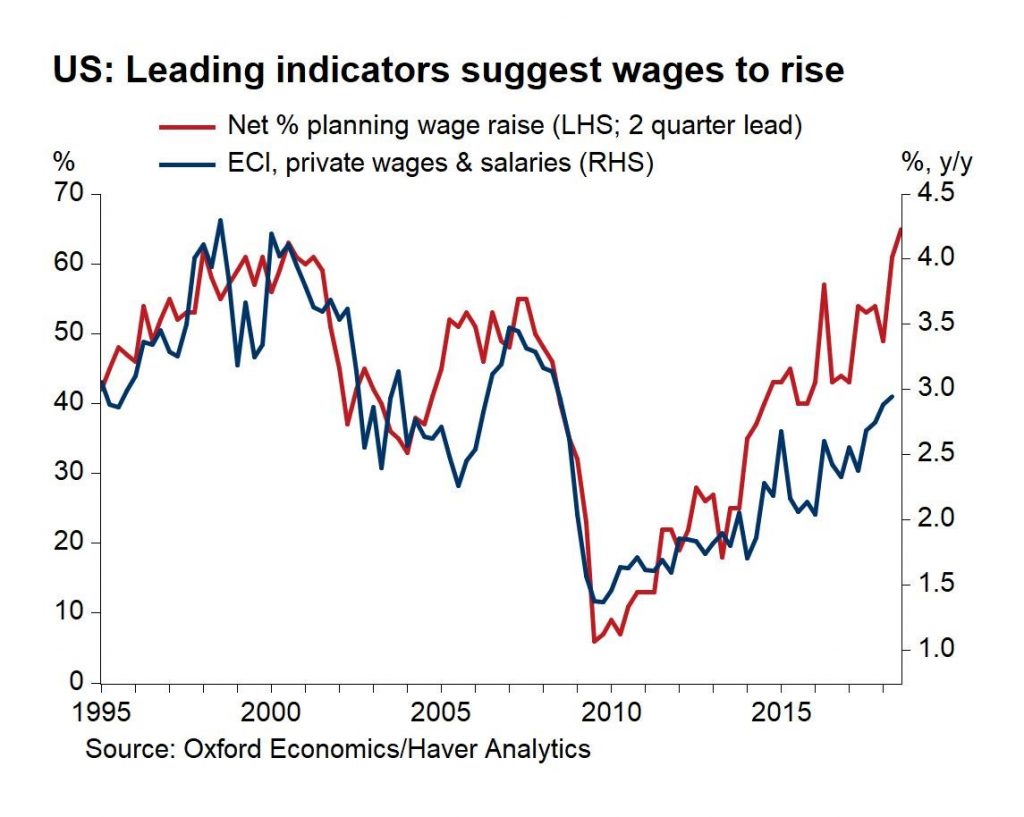 Will The S&P 500 Keep Outperforming? 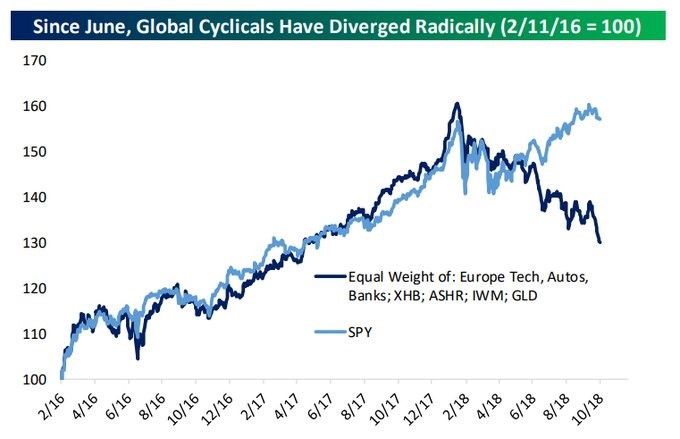 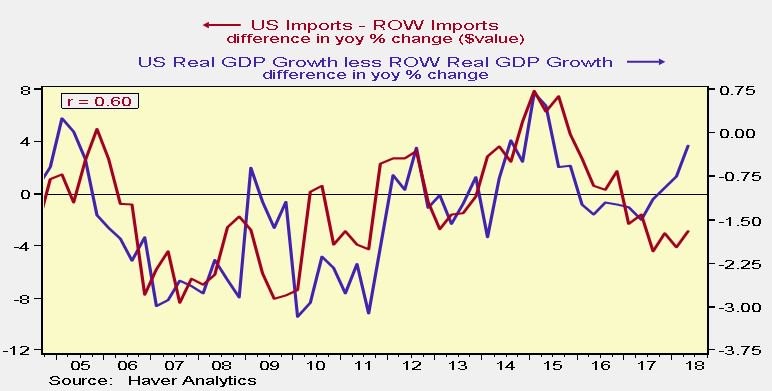 America’s relative GDP growth has improved; its trade deficit has widened. Imports are growing quicker than exports because American growth is strong in relation to the rest of the world.

American households have a high percentage of their assets in equities and have deleveraged this cycle. If households started taking out more debt, it would be possible for this expansion to last several more years. That might not occur though because there won’t be another housing bubble and the savings rate is heightened in relation to the household wealth to disposable income ratio. Wage growth will accelerate. Time will tell if wage growth translates into higher inflation in 2019. American markets have done well even though global cyclicals have not. American imports have expanded faster than exports because the fiscal stimulus has boosted growth. This is against President Trump’s best efforts to close the trade deficit.

Investors may have added $1.69 billion to hedge funds in February but face a rough road in 2019 with net inflows still in the negative YTD for 2019, according... Read More

Last week we put together our list of 150 of the best investing blogs on the planet for 2018. This week we’ve compiled a list of what we consider... Read More 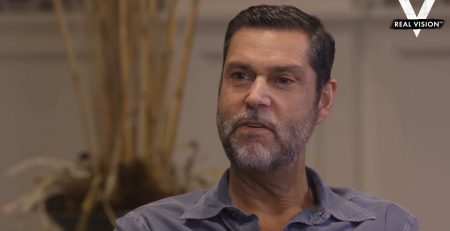 What is the role of the finance today? Is it still an essential pillar in the value-creation process that has characterized market economies since the emergence of capitalism in... Read More

The Low-Risk Yield strategy has returned 19% since September 2017. June was another great month for this strategy with a 5% increase in value. Despite the headwinds expected... Read More 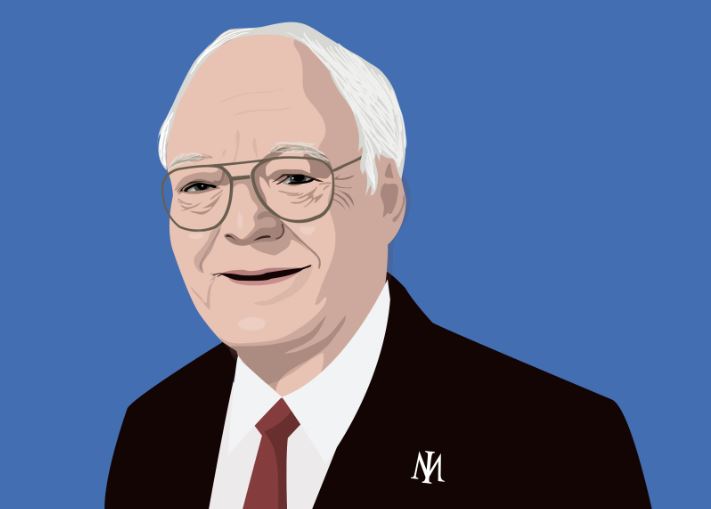 I can't recall how I came across John Neff's book. It must have been recommended by one of the Investment Masters, but to be honest, the name John Neff... Read More 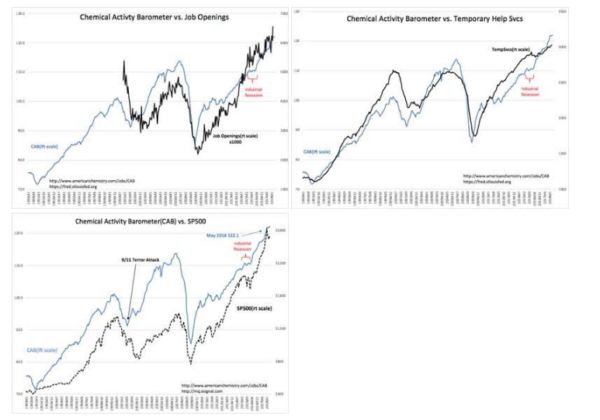 “Davidson” submits: Understanding where market prices are likely to be months and years ahead can only be anticipated by analysis of economic/business fundamentals. Market prices reflect investor psychology, i.e. market... Read More 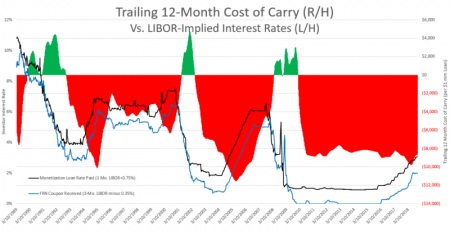