In numerous posts on this blog, I have argued that the stock of Tesla has been overvalued.  That remains true, though less so in my opinion, today.  I say less so because one thing I did not evaluate accurately when I began constructing valuation models for Tesla in early 2014 was how slow the competition would be to produce electric cars that people would want to drive.  Tesla competitors, to the extent that any appeared, seemed to be saying that the point of an electric car was to be green and efficient, not sexy or exciting.  When I see a Chevy Bolt, or a BWM i3, or a Nissan Leaf, or basically any electric car other than Tesla my reaction is – blah.  And sales figures demonstrate I am not alone.  Apparently, people feel morally good about driving one of the Tesla competitors, but they don’t actually feel good.  Only Tesla had the design, the pizzazz and the performance to making driving special and not a chore.

My mistake in 2014 was thinking that competition for Tesla was just around the corner.  Now, at the end of 2018, it is still just around the corner.  Although Jaguar has been promising the iPace for some time, my visits to dealers have been rewarded only with promises.  The same is true for the Porsche Taycan.  If you order one today, you can expect it sometime in 2020.  VW is promising 20 or more electric models, but there is not a meaningful Tesla competitor available today or in the near future.  The list goes on.  If you want a fun, cool, sexy, tech looking ride the choice is Tesla – period.  And that is what my valuation models missed.  The stock may still be overpriced, but how much depends on how quickly real competition emerges.  It has not been emerging very quickly.

Greenwood investors Click here to read our brief quarterly letter reviewing the decisions we’ve made throughout the last year, the results and our outlook for what will surely be an... read more

This is a rare video of Ray Dalio, its from 2009 (before the hedge fund was super famous), we thought readers would enjoy as we have not seen this... read more 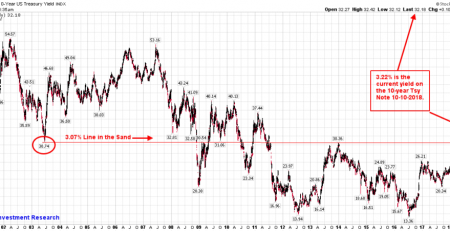 “I want to reiterate my headline: managing debt crises is all about spreading out the pain of the bad debts, and this can almost always be done well if... read more