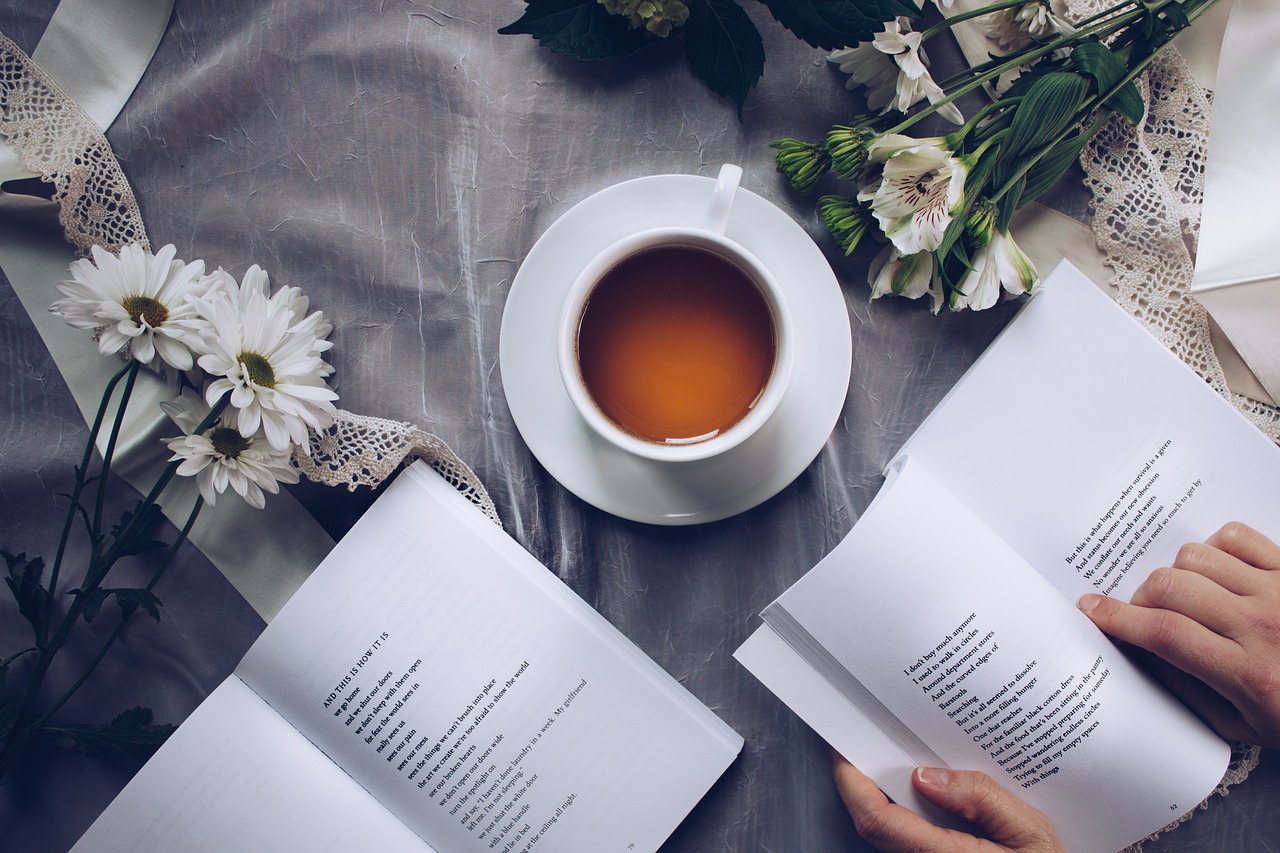 For almost two years now, Americans have been confronted daily by ominous tidings. We are living through stressful times. Reading the news feels awful; ignoring it doesn’t feel right either. 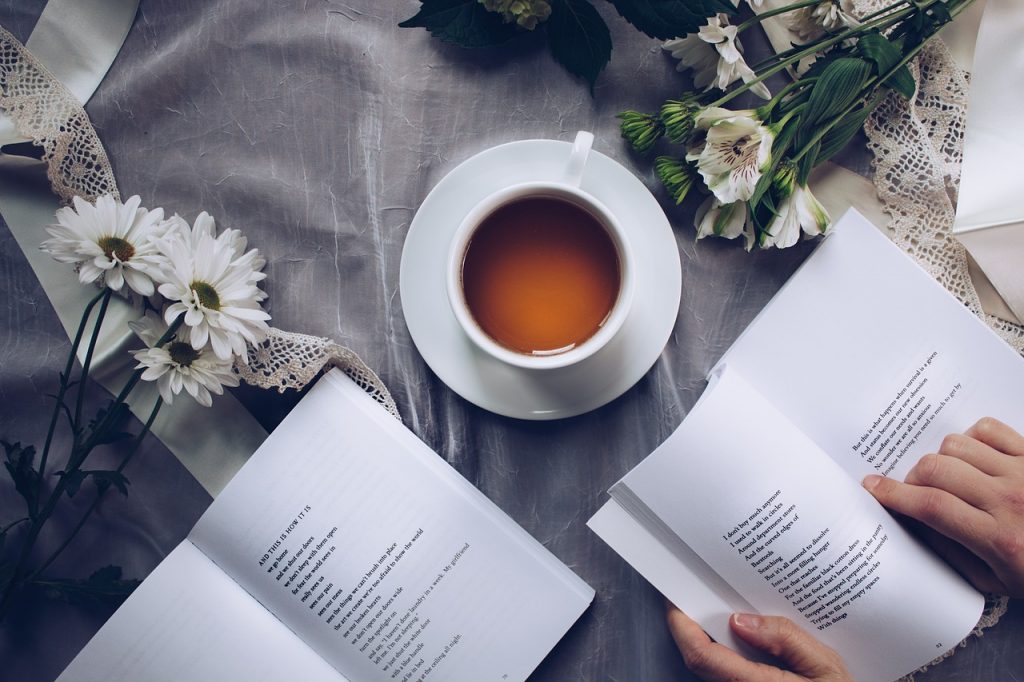 But if hurricanes, earthquakes or volcanoes trigger the hive switch, does this principle hold for man-made catastrophes?

What about the immigration policy that has been separating children from their parents? School shootings, suicides, ecological disaster?

What about the flood of frightening and infuriating news that splashes against us daily?

In response to all this, people are hardly swarming into a cooperative hive. On the contrary, our human qualities of imagination, alertness, and compassion seem to be turning against us. To imagine the suffering of our fellow beings and the future of our beleaguered planet provokes rage, dread, and an overwhelming sense of helplessness.

What, if anything, can we do?

Listen to Seneca and Epictetus

Rage and dread can morph into political activism, but it’s hard not to feel that any change is too little and too late.

The children who have been separated from their parents, for example—even if they’re all reunited, which doesn’t seem likely—will bear the psychic scars for the rest of their lives, as physician Danielle Ofri has pointed out eloquently in Slate.

How should people react to rising suicide rates? Perhaps, judging from much recent coverage, the most we can hope to do is muster enough insight and hindsight to try to prevent the next one.

Yet this spring’s exhaustive coverage of a pair of celebrity suicides—Anthony Bourdain and Kate Spade—sent me back to the Stoic philosophers, thinkers who flourished, particularly in Rome, in the first and second centuries. Uninterested in abstruse speculations, these philosophers stressed ethics and virtue; they were concerned with how to live and how to die. Stoic psychology offered and still offers help working with the mind to calm our anxieties and help us to fulfill our function as human beings.

Both Bourdain and Spade, creative and successful personalities, icons of glamour and achievement—particularly Bourdain, whose restless and courageous explorations of various corners of the world inspired countless viewers and readers—turned out to be vulnerable people.

The advice of writers like Seneca and Epictetus feels remarkably germane. The kinds of misery that are often mentioned in connection with suicidal impulses, such as fear and anxiety, are perennial components of the human condition. When we speak of a suicidal person wrestling with demons—a word as old as Homer—that’s what we’re talking about.

The Stoics teach that you can try to counter your demons—not with talk therapy, let alone pharmaceuticals, but by working with your mind.

The first technique is negative visualization: imagine the worst so as to be prepared for it.

The worst will most likely never happen. The bad things that can and probably will happen are likely to be milder than the worst thing you can think of. You can feel both relieved that the worst hasn’t happened and also somewhat mentally bolstered against the worst possibility.

“He robs present ills of their power,” writes Seneca, “who has perceived their coming beforehand.”

“Trees that have grown in a sunny vale are fragile. It is therefore to the advantage of good men, and it enables them to live without fear, to be on terms of intimacy with danger and to bear with serenity a fortune that is ill only to him who bears it ill.”

Much the same point is made by Edgar, disguised as Mad Tom, when he observes in King Lear that “the worst is not/So long as we can say ‘This is the worst.’” The very ability to comment on how bad things are—and that such bemoaning is now a daily ritual for many of us—means we have survived.

Epictetus has some answers, too. The John Adams Library at the Boston Public Library

We can’t control whether the sun rises tomorrow.

We can control whether we have a third bowl of ice cream, what sweater we choose to wear, or whether to press SEND.

And, as for suicides, school shootings, agonized children torn from their parents? We can do something. We can vote, run for office, organize, contribute money or goods. In these ventures we can cooperate with our neighbors and colleagues, acting as hive-like as possible without being paralyzed by anguish.

Play baseball, go to the park

Those fortunate enough to experience private joy still sense the shadow of public dread. Yet joy is still joy; life still needs to be lived.

If we’re baseball players, we can play baseball. If we’re grandparents, we can take our grandchildren to the park. We can read—not only the news but fiction and history that takes us out of our moment. And we can read poetry, which has the power of distilling our times and of making our moral dilemmas, if not precisely soluble, beautifully clear.

If we’re poets, we can write poetry—not a community venture, ordinarily, but what these days is ordinary? Public anguish makes its way into private lives, and some of the best new poetry braids public and private together. I myself both read and write poetry—both activities over which I have a good deal of control. And the poetry I’ve been reading is riveting.

An eloquent recent poem that encompasses the ethical dissonance between home and homelessness, safety and danger, is A.E. Stallings’ "Empathy."

Interestingly, the Stoic notion of negative visualization animates the poem’s argument: how good that my family and I are snug in our beds at home and not tossing on a raft in the dark. It could be so much worse:

Our listing bed isn’t a raft

As we dodge the coast-guard light…

And in its final stanza, the poem unflinchingly rejects the easy notion of empathy as smug and superficial and hypocritical:

It’s selfish. It’s not being nice

To say I would pay any price

Not to be those who’d die to be us.

She also manages to live on both sides. For the past year and a half, she has been doing extraordinary work with refugee women and children in Athens.

The dark undercurrents roiling in our time can also be felt in Anna Evans’s “Not My Son,” a villanelle whose rhymes of “border,” “order,” “disorder,” “ignored her,” “implored, her” and “toward her” clang with ominous music.

Poems like “Empathy” and “Not My Son” aren’t comfortable to read, nor were they, presumably, very comfortable to write. But they represent a measure of what some of us who happen to be poets can do, and I’d rather take in the frightening news as these poets thoughtfully and eloquently present it than gobble down headlines raw.

My next collection will be called “Love and Dread.” The Stoics knew that dread is always part of the picture.

This article was reprinted with permission from The Conversation.

Rachel Hadas has taught in the English Department of the Newark (NJ) campus of Rutgers University since 1981. She has also taught courses in literature and writing at Columbia and Princeton, as well as served on the poetry faculty of the Sewanee Writers’ Conference and the West Chester Poetry Conference. Hadas has received a Guggenheim Fellowship in Poetry, an Ingram Merrill Foundation grant in poetry, and an award in literature from the American Academy and Institute of Arts and Letters. 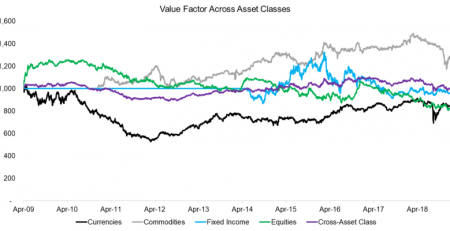 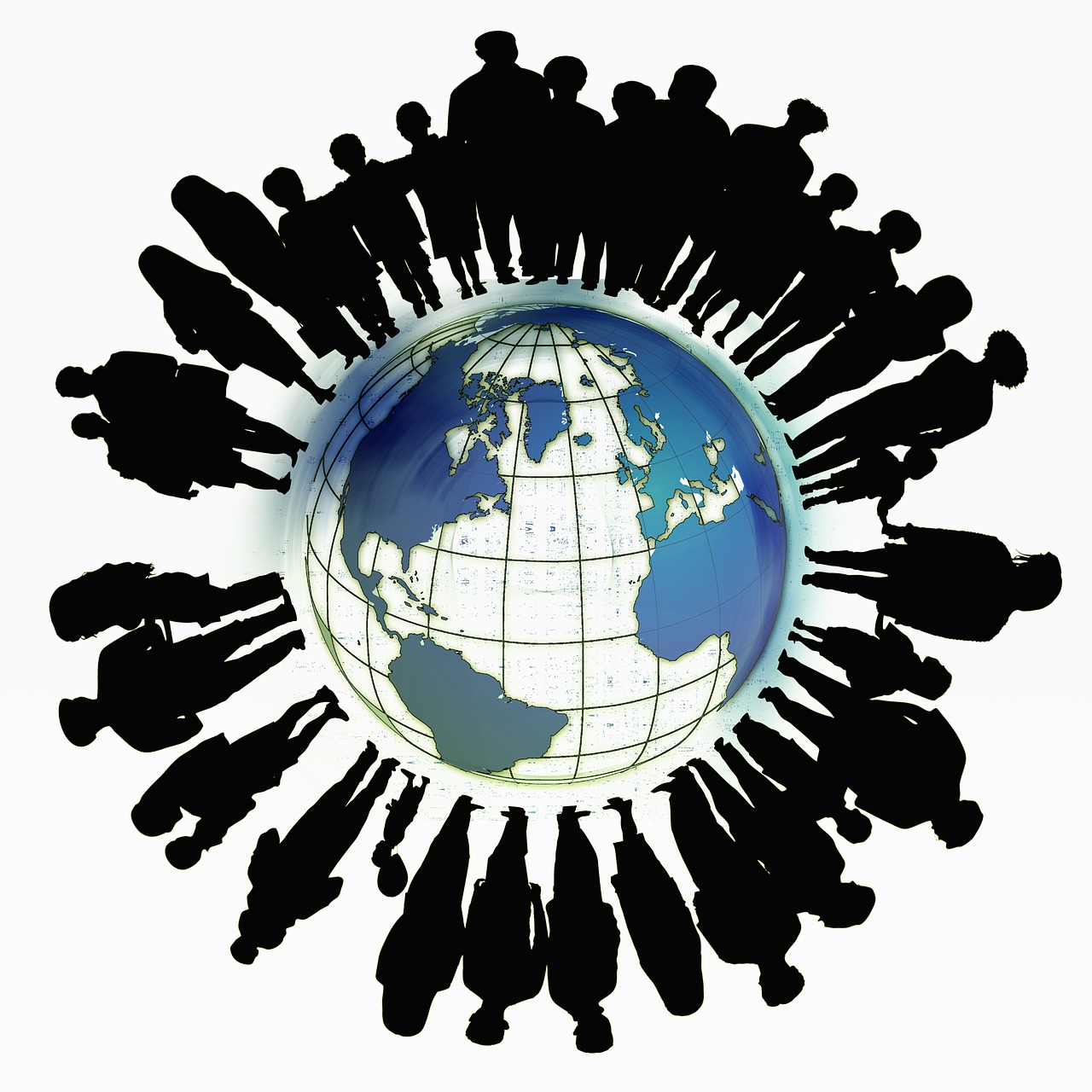 Globally, 177 companies have faced a demand from a shareholder for at least one board seat in 2018, as of May 10, according to analysis from Activist Insight. That compares... read more 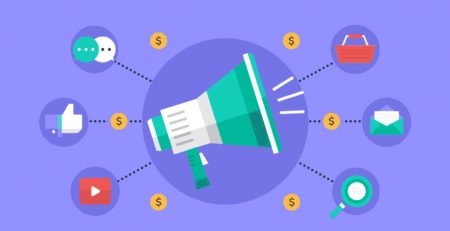 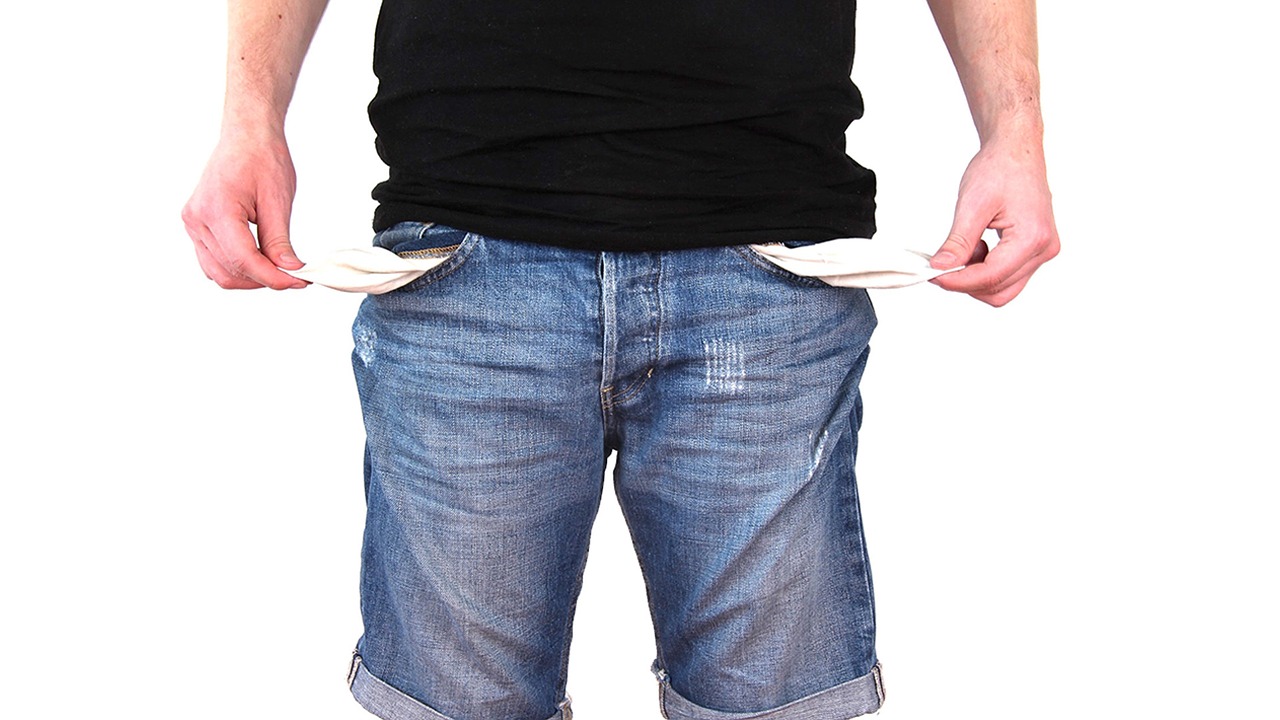 The author of this article has a short position in Noble Group Noble is on track to not repay its first bond payment. We know now that it doesn’t intend... read more 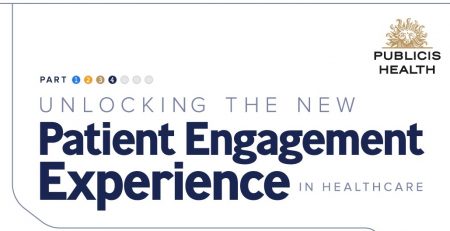 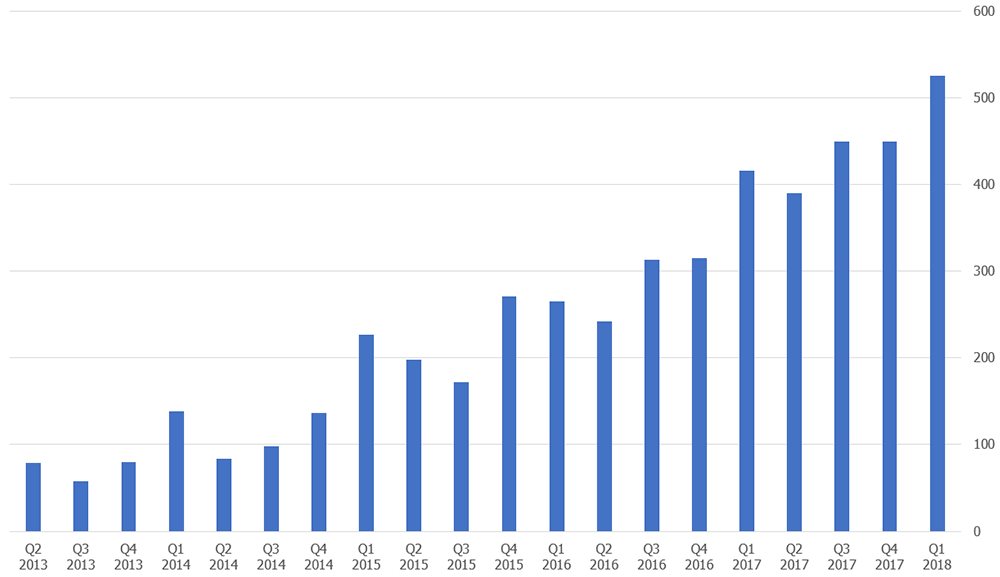 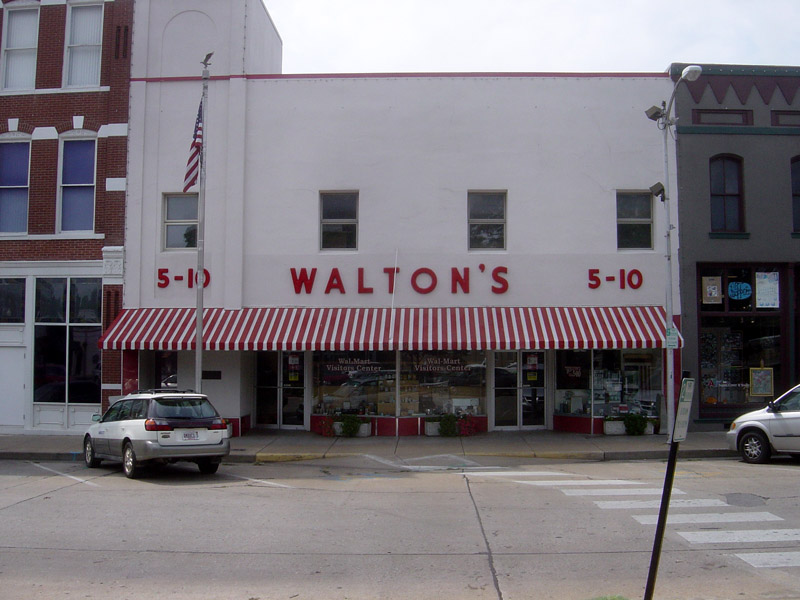 US retail behemoth Walmart is in preliminary talks to acquire health insurer Humana, the Wall Street Journal reported, the latest in the recent wave of health care mergers. The... read more