Last week, the head of a New York state pension fund found herself a new job.

Vicki Fuller, the former head of New York’s $209 billion fund, now earns $275,000 per year working part time for a natural gas group called The Williams Companies– good work if you can get it. 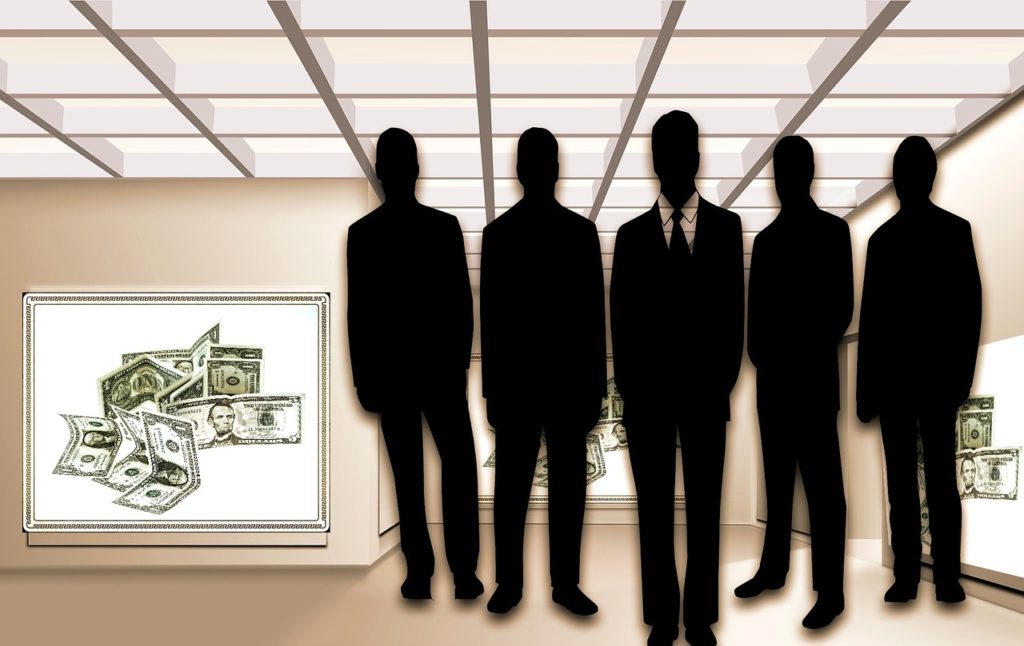 It’s noteworthy that when Ms. Fuller ran her state pension fund, she invested $110 million of taxpayer money to buy bonds issued by none other than The Williams Companies.

Bear in mind that Moody’s, the credit rating agency, downgraded Williams’ financial outlook to “negative” because of the company’s high leverage and risk.

The fund that Ms. Fuller managed also voted in favor of huge, multi-million dollar pay packages for senior executives of The Williams Companies even though the stock price was dropping.

So… gee… maybe it’s just a crazy coincidence that Ms. Fuller left her job at the state pension fund and took an extremely lucrative part-time job THE SAME WEEK with The Williams Companies.

This is so blatant… it’s banana republic stuff. It’s not as bad as the billion+ dollar theft from Malaysia’s pension fund, but it’s the same stink.

Bear in mind that most pension funds are already in terrible condition to begin with, even before you factor in potential malfeasance by the bureaucrats who manage them.

Overall, public pension funds in the US are short $7 TRILLION on what they have promised to pay out to retirees.

If you include Social Security that amount balloons beyond $50 trillion.

And that’s just the US.

The World Economic Forum said the total global pension shortfall was $70 TRILLION in 2015. They expect it to reach $400 trillion by 2050.

Pension funds across nearly every major economy on the planet are seriously in the red… it’s merely a question of how severe the problem is, and how much longer they can kick the can down the road.

Japan, for example, borrows billions each year to prop up its pension fund, going deeper and deeper into debt.

And that’s precisely the point: pension benefits are loooooong term promises that people have spent decades dreaming about.

And for a lot of people, it really is their only hope.

They work terrible jobs that they hate for bosses they despise earning pitiful salaries for decades, all for the dream that one day they’ll be able to retire on the pension that the government promised them.

When politicians make any adverse changes to that promise, people become unglued.

And yet, the arithmetic is completely obvious: a lot of major pension funds pay out more in benefits than they generate in tax revenue and investment income.

That’s simply not sustainable. Eventually the fund will run out of money.

In the United States, the Social Security Administration has gone so far as to indicate the YEAR in which its gigantic trust funds will run out of money.

They’re practically giving you a date to circle on your calendar– and it’s only about 15 years away.

The system is obviously flawed. But there are solutions.

While you might not be able to rely on your pension or Social Security in the future, there’s nothing stopping you from setting aside money for your own retirement.

And there’s absolutely ZERO downside to doing this– no one is going to be worse off for having extra money for retirement.

Many countries have favorable legislation to help you save in a tax-advantaged way.

(In some cases, like Malta, that structure can even be used internationally by foreign citizens… but more on that another time.)

The US has a multitude of options available, including IRAs and 401(k)s.

Both of those can be established under a ‘self-directed’ or ‘solo’ structure whereby you can set aside over $50,000 per year for your retirement… AND exercise substantial influence over how your retirement savings is invested.

Right now most IRAs and 401(k)’s in the Land of the Free are managed by large financial institutions… and those institutions invest your retirement savings in whatever option benefits them the most.

A self-directed structure puts those investment decisions back in your hands.

Plus, you have a LOT more investment options, ranging from private equity to cryptocurrency to foreign real estate.

Best of all, it can be a lot cheaper.

With a self-managed structure, you typically have fixed costs that might run a few hundred dollars per year, whereas managed retirement accounts charge a percentage.

The higher your retirement account balance grows, the more of your investment return the bank puts in its pockets.

Definitely take some time to learn more about these structures– and here’s a free report to help you get started.

There are other options as well; last week I wrote to you about Opportunity Zone Funds— which can be a great way to set aside tax-free money for your retirement… without the same restrictions as an IRA or 401(k).

You can read more about Opportunity Zone funds here.

No matter what, it’s crucial to take matters into your own hands. Not doing so is tantamount to giving people like Vicki Fuller… or the banks… full control of your retirement savings.

And it’s pretty clear whose interests they’re looking out for.

From Steben & Company - Our study shows that style factors including volatility targets, speed and sector exposures explain many of the historical short-term performance differences among trend followers Also... read more

Twenty years ago I entered my first multi-day motorcycle endurance competition.  It began and ended in Columbus Ohio.  I had entered this event without any previous knowledge of what... read more

Joel Greenblatt: Investors Should Search For Companies That Achieve A High Return On Capital

Here’s a great excerpt from Joel Greenblatt’s book – The Little Book That Beats The Market, in which he discusses the importance of finding businesses that can achieve a... read more

Bank C&I loans and credit creation slowdowns - a warning sign? While the overall slowdown in growth of bank loans has not gone unnoticed, its differences across categories and the... read more

Check out this week’s Danger Zone interview with Chuck Jaffe of Money Life. Investing in a company without thoroughly analyzing all of its 10-Ks and 10-Qs is like hiking in... read more