Wednesday marked 10 years since Satoshi Nakamoto wrote the first whitepaper on bitcoin. A decade later, we still don't know the author's real name, but it's clear cryptocurrencies have come a long way since Nakamoto described the first viable one.

The many phases of bitcoin
Canaccord . . .

Charlie Munger: How Do You Create A Product Like Coca-Cola?

Poor Charlie’s Almanack, The Wit and Wisdom of Charles T. Munger, is the definitive Charlie Munger guide and essential reading for all value investors. The book is a Charlie... Read More

Gold prices have fallen over the last few years, and anyone taking long positions on gold equities has taken a beating, but that doesn’t mean it’s impossible to invest... Read More

Cyclicality is on the rise as Japan, equity market inflows alongside credit and gold make up a basket of long market exposure, an August 11 Bank of America Merrill... Read More 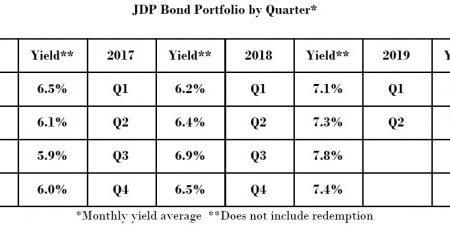 Albert Edwards: The European Migrant Crisis Is A Disaster But Not For The Reasons You Think

Societe General’s perma-bear Albert Edwards is a widely read bank analyst because he looks at the world with an apparent mathematical mind, searching for truth and not considering politically... Read More