Corporate bonds offer incredibly poor prospects under any scenario, according to Jeffrey Gundlach. If rates rise, prices will drop quickly because their durations are between 7 and 10 years. Falling rates are no better, he said, because they would be accompanied by a bear market in stocks with effects that would extend to corporate bonds.

Gundlach is the founder and chief investment officer of Los Angeles-based DoubleLine Capital. He spoke via a webcast with investors on November 13. The focus of his talk was DoubleLine’s core and flexible fixed-income mutual funds, DFLEX and DBFLX. The slides from his presentation are available here.

The problem facing the corporate bond market is excessive debt and an oversupply of bonds. There is a lot of leverage among corporations, Gundlach said, which can be seen in “massive increases” in the size of the investment-grade market and a deterioration in the quality of debt. Spreads are tight, according to Gundlach, but are “tighter than you think, because quality has been systematically going down” in the covenants that are offered by corporate issuers.

“Spreads and debt levels are out of sync with one another,” Gundlach said.

That dichotomy is illustrated in the graph below. The shaded area depicts leverage (the corporate debt-to-GDP ratio) and the black line is the option-adjusted spread between high-yield (junk) and Treasury bonds. The two moved in sync from 1994 until 2013, after which leverage increased without a similar increase in spreads. 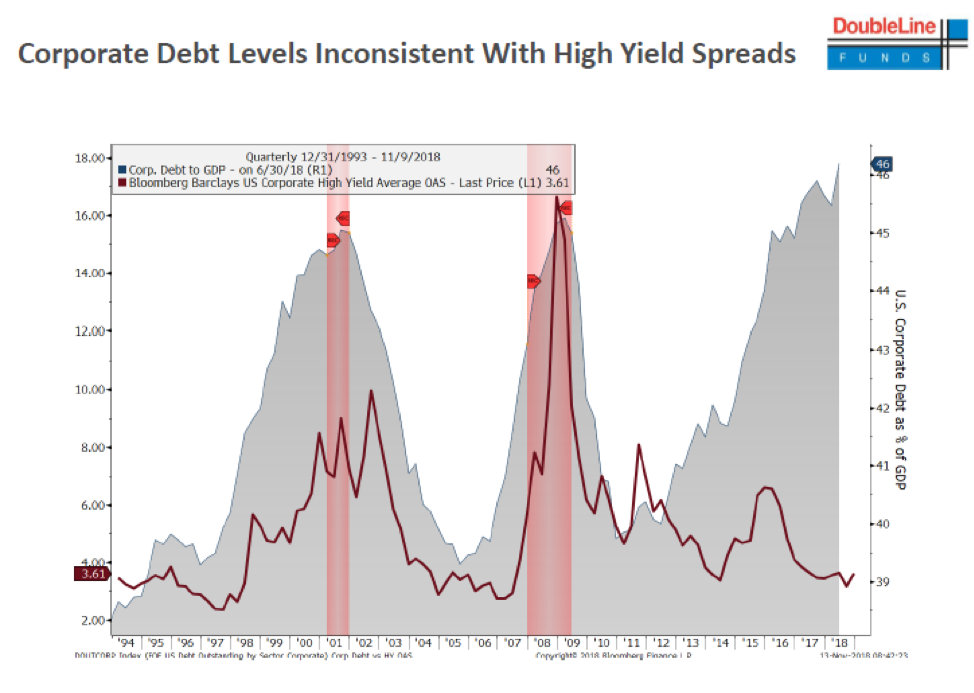 As a result, both corporate and high-yield bonds are at or close to their most extreme levels of overvaluation historically, based on DoubleLine’s proprietary methodology. That methodology looks at the spreads of those bonds relative to similar-risk Treasury bonds; those spreads are approximately two standard deviations above their normal level.

If corporate bonds were rated based on their degree of leverage, then 45% would be rated junk, according to Gundlach. They have not been downgraded by the ratings agencies because corporate issuers have made “soothing statements” to assuage the agencies. Gundlach called those statements “hopeful talk” about addressing debt in the future, which has kept ratings high. But a supply shock would lower junk bond prices, he said.

Gundlach said he doesn’t own a lot of corporate bonds relative to his fund’s normal weightings.

He also commented on the economy, politics and prospects for economic growth. 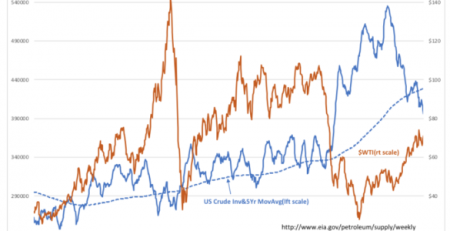 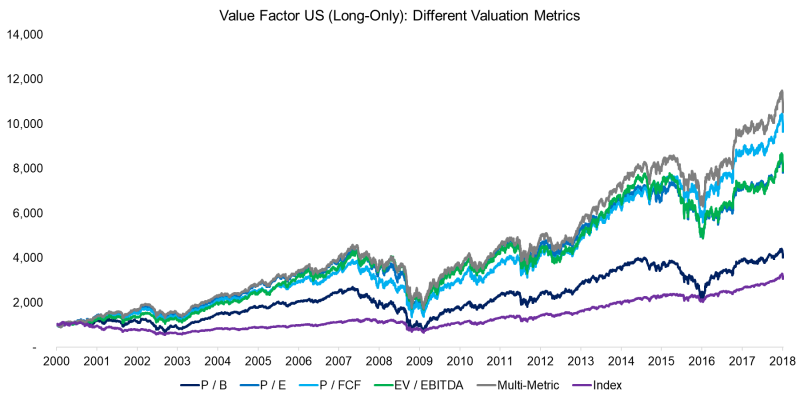 Value Investing Portfolios Are Not Dead, But Some Have Done Better Than Others

Mirror, mirror, on the wall – which is the fairest of them all?   Q1 hedge fund letters, conference, scoops etc, Also read Lear Capital Recent commentary (to include a recent Barron’s... Read More

Bill Gross: Fed Not Raising Rates in a Meaningful Way for at Least the Next Few Years

Bill Gross Q: Can you explain what is happening in markets now? Bill Gross: In 1980, the Federal Reserve, led by Paul Volcker, tightened the quantitative noose to tame double-digit inflation, fueling... Read More 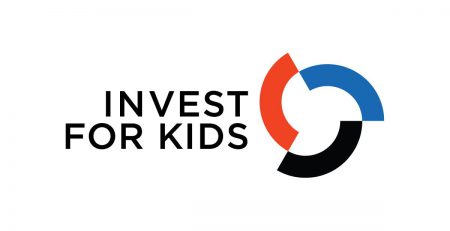 Invest For Kids Preview: Here’s What To Look Forward To At This Year’s Event

The annual Invest for Kids conference is set for Nov. 4, and they've got some spectacular speakers lined. The conference features 15-minute presentations from well-known investment managers like Sam... Read More