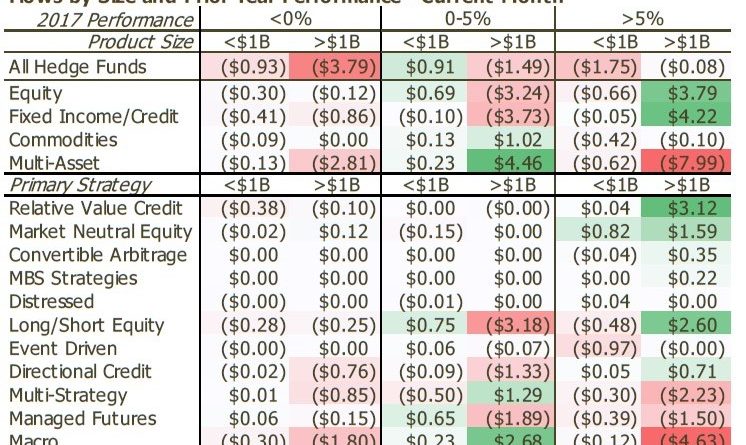 Redemptions from the industry to begin Q4, along with elevated performance losses in October from many strategies, does not bode well for the remainder of 2018.

Given that, historically, December has been a month where outflows are elevated even in otherwise positive years, it is highly likely that 2018 will end up as a year of net redemptions from the industry. Since at least 2004, that has occurred only three other times, in 2008 and 2009 (though the latter was only due to outflows in Q1 2009) and again in 2016.

Since Q4 2015, investors have removed a net amount of $121 billion from hedge funds.

That said, there are products able to gain assets during these otherwise difficult times. Investor allocations have shown that periods of positive results will not simply be rewarded, however consistency over longer periods consistently produces new allocations, and the industry has many managers able to do just that.

Highlights From This Report

Investors removed an estimated $7.13 billion from hedge funds in October, pushing YTD flows firmly into negative territory with an estimated $10.09 billion leaving the industry in 2018. Industry asset levels fell by the most since January 2016 as both performance and net flows were negative during the month. 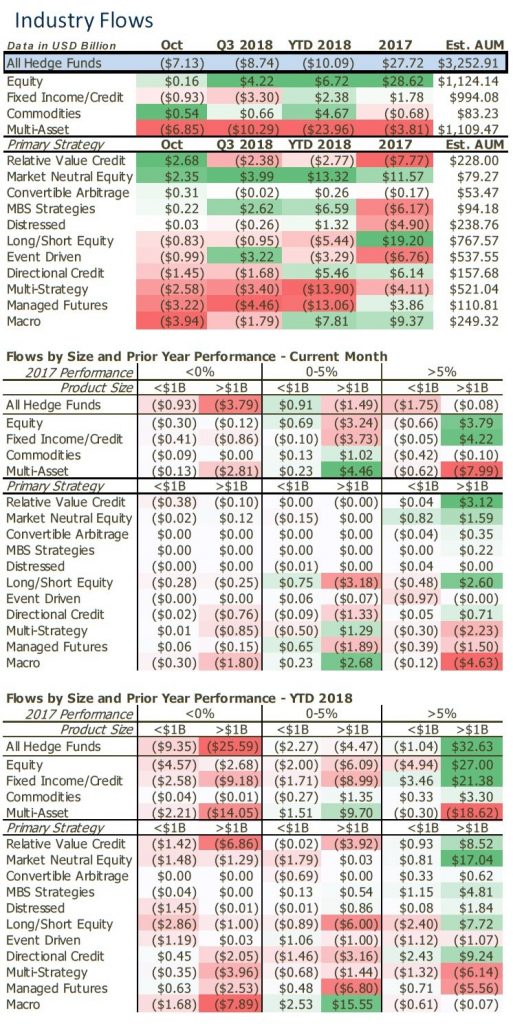 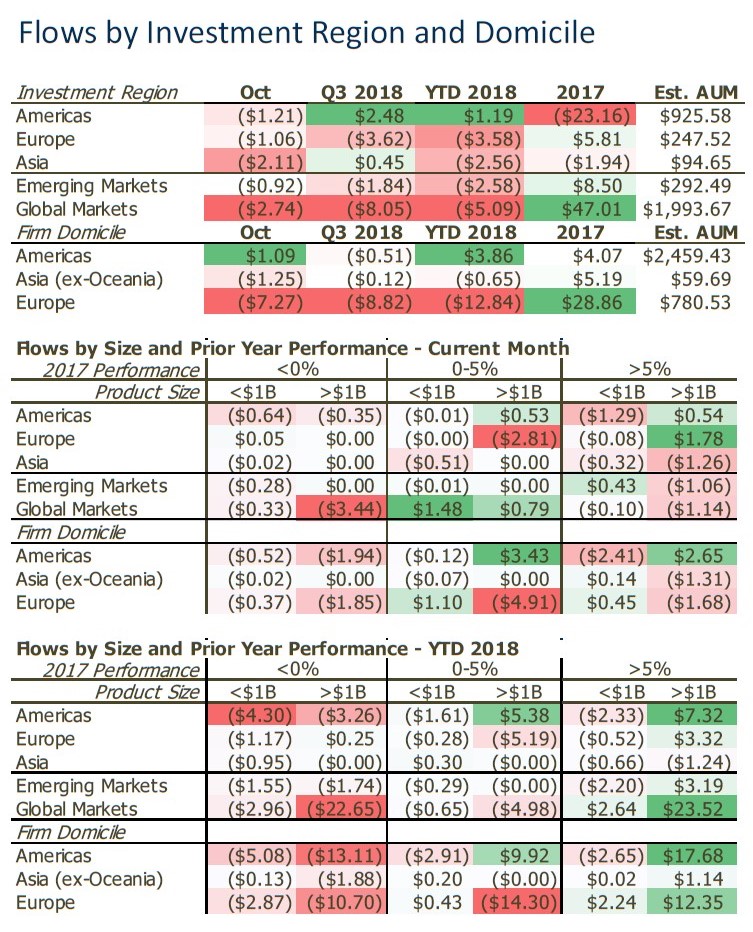 The Buffett Essays Symposium: A 20th Anniversary Annotated Transcript by Lawrence A. Cunningham Among the landmark occasions in the legendary history of Berkshire Hathaway and its iconic co-leaders, Warren Buffett... Read More 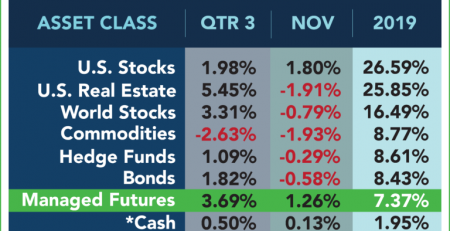 While it sure doesn’t seem like it given how high most asset classes have risen this year, a full 5 of the 8 asset classes we track were down... Read More