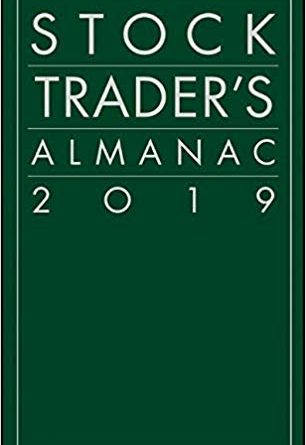 The Stock Trader’s Almanac is now in its 52th edition. Not quite the track record of The Old Farmer’s Almanac, which launched in 1792, but presumably a tad more data driven. 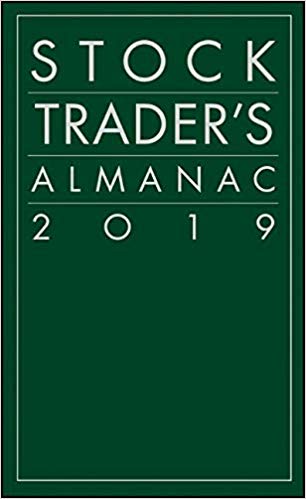 The spiral bound almanac opens flat for easy access to its data or for jotting down notes. The format remains essentially the same as in previous years, with a calendar section, a directory of trading patterns and databank, and a strategy planning and record keeping section. The calendar section has on facing pages historical data on market performance (verso) and a week’s worth of calendar entries (recto). January’s verso pages, for example, give the month’s vital statistics, January’s first five days as an early warning system, the January barometer, and the January barometer in graphic form since 1950. Each trading day’s entry on the recto pages includes the probability, based on a 21-year lookback period, that the Dow, S&P, and Nasdaq will rise. Particularly favorable days (based on the performance of the S&P) are flagged with a bull icon; particularly unfavorable trading days get a bear icon. A witch icon appears on monthly option expiration days. At the bottom of each entry is an apt quotation. There’s about a five-square-inch space in which to write.

The Stock Trader’s Almanac pays particular attention to the presidential cycle, but 2019 may defy the normally bullish results for pre-presidential election years (only one loser in 80 years and an average gain for the Dow of 47.4% from the midterm low to the following year high). “With all the gains paid forward in 2017 and 2018, mushrooming levels of debt and deficits [plus “the waning positive impact of the tax cuts and tougher quarterly earnings comparisons, not to mention the potential for a yield curve inversion”] are likely to begin to weigh down the economy and stock market in 2019” and “awaken the long-hibernating bear.”

What about the January effect? As goes January so goes the year 75% of the time. Fifteen of the last 17 pre-presidential years followed January’s direction. And every down January since 1950 preceded a new or extended bear market, a flat market, or a 10% correction. As for the first five days of January, the last 43 times these days were up the market had full-year gains 83.7% of the time, with an average return of 13.7%. The 25 down “first five days” were followed by 14 up years and 11 down, for an average gain of 1%.

Each year the editors of the almanac choose the year’s best investment books. This year heading the list is Michael Batnick’s Big Mistakes.

This almanac is full of data that will delight those traders who believe that past is prologue. Even those who are skeptical have to pay attention to data that seasonal traders rely on and that therefore tend to move markets. 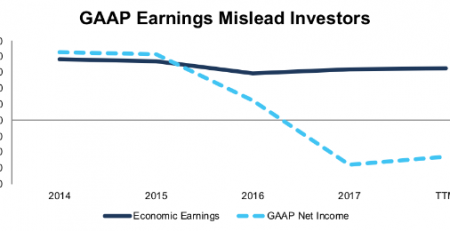 Insights for Entrepreneurs @ Amazon - Ferris, Kahneman, Duhigg, Duckworth, Grant And More see below Get The Timeless Reading eBook in PDF Get the entire 10-part series on Timeless Reading in... Read More

ECRI's Achuthan: US recession began in 2012

Lakshman Achuthan, co-founder of the Economic Cycle Research Institute, told Tom Keene and Sara Eisen on "Bloomberg Surveillance" this morning that a U.S. recession "began around the middle of... Read More

A new academic paper concludes there is a relationship between social media conversations, Google search trends that exacerbated the Greek bond crisis, as first reported by Jason Douglas of... Read More