How To Get 4% Annual GDP Growth Again – ValueWalk Premium

It appears that 2018 will be the first year since 2005 that annual economic growth will be at least 3 percent. Considering this 13-year period of economic stagnation, 3 percent is welcomed. But growth could and should be higher. Economic policy should now be geared to stimulate even greater rates of growth.

The result of slow economic growth has been devastating. Because the lack of growth provided few opportunities, millions of college graduates are underemployed, meaning they were forced to accept jobs that did not require a college degree. Many, particularly those with high college debt, question the value of a college degree. This could lead to a less-educated workforce.

Because of the underemployment of college grads, millions of workers without a college degree have found no opportunity at all. They simply became so discouraged with their futile job searches that they dropped out of the labor market. There are currently more than five million discouraged workers.

The policy of the prior administration made it easy for workers to stay out of the workforce since payments of food stamps increased, welfare payments increased as the work requirement was dropped, and there was free health care available to everyone. Free food, free income, free healthcare, and the lack of opportunity kept these discouraged workers out of the labor force. Further complicating the situation, the problem of long-term idled workers often leads to some disturbing social problems, like increased crime.

Strong economic growth is desperately needed. President Trump knew that, so when he took office, his economic policy actions were designed to bring an annual economic growth rate of more than 3 percent—and eventually higher. Through an executive order, Trump removed thousands of growth-stifling regulations. He then convinced Congress to lower the personal and corporate income tax rates.

Since the US has a capital-intensive economy, more capital is needed to increase the growth rate. That’s why Congress cut tax rates for all Americans, including the highest income earners. Congress also cut the corporate tax rate from an average of about 35 percent to 21 percent. Since the tax cut took effect, the economy has averaged almost a 3.5 percent growth rate.

How is new capital created?

Average Americans save less than a few thousand dollars per year, so not much new capital is created from the middle class. High-income earners have much more to save or invest. They create new capital when they make investments. Because Congress cut taxes for the highest income earners, a large amount of new capital was created. This helped fuel the higher growth rate we see today.

Cutting the corporate tax rate also created new capital. By paying less in taxes, corporations are able to retain more of their income, which creates more capital for expansion. Whether the corporation invests the new capital itself or whether it buys back stock or increase dividends, the newly created capital is invested back into the economy.

Tax cut 2.0 should do even more to create capital for expansion. If done properly, economic growth could accelerate, perhaps hitting an annual rate of 4 percent or 5 percent—or higher. In 1984, two years after the Reagan tax cut took effect, annual economic growth exceeded 7 percent.

There are two specific actions that can be taken to create a vast amount of new capital for expansion. One is to lower the top personal income tax bracket from the current level of 37 percent down to 30 percent or even 28 percent. Reagan lowered the top rate to 28 percent, and the economy continued its strong growth pattern.

Of course, this action may be impossible since the Democrats will control the House of Representatives starting in January. They will likely say that lowering the top personal income tax rate and reducing the capital gains tax rate are just ploys to reduce taxes on the wealthy. “This is just another Republican tax break for the rich,” the Democrats will argue.

The reality is that the opposite is true. While the rate may fall, the revenue paid by the wealthy will increase. Isn’t 15 percent of $1,500 ($225) larger than 20 percent of $1,000 ($200)? While the rate is lower, the taxable income increases, meaning the tax dollars increase, as well. The goal of this policy is to stimulate more economic growth and increase tax revenue.

It has been a long time since Americans experienced true economic prosperity. Annual economic growth hasn’t exceeded 4 percent since the year 2000. By creating more capital for our capital-intensive economy, we could see much higher growth rates. That would lead to more opportunity, better jobs, higher income, more tax revenue, and a return to real prosperity.

That’s what is needed today.

Michael Busler, Ph.D. is a public policy analyst and a Professor of Finance at Stockton University where he teaches undergraduate and graduate courses in Finance and Economics. He has written Op-ed columns in major newspapers for more than 35 years.

The Obama Administration has now become the first administration to put limits on heat trapping from the new power plants. This move comes after heavy opposition from Republicans and... read more

There has been a concern among certain economists and hedge fund practitioners that the improper use of debt and excessive free market manipulation of interest could lead to a... read more

Hedge funds filed their Q1 equity holdings over the last couple of days. While many of the stock picks and exits were expected, like everyone buying Hess Corp. (NYSE:HES)... read more

The race to evade US taxes by large corporations has landed on the doorstep of a quintessential Middle American hotel brand: Holiday Inn. Marcato Capital pressures InterContinenal Hotels Group Under pressure... read more 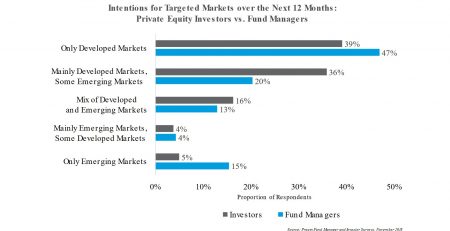 Throughout the past decade, alternative investments have gained traction in the market and secured their place in investors’ portfolios. In 2008, there were more than 3,500 institutional investors active... read more