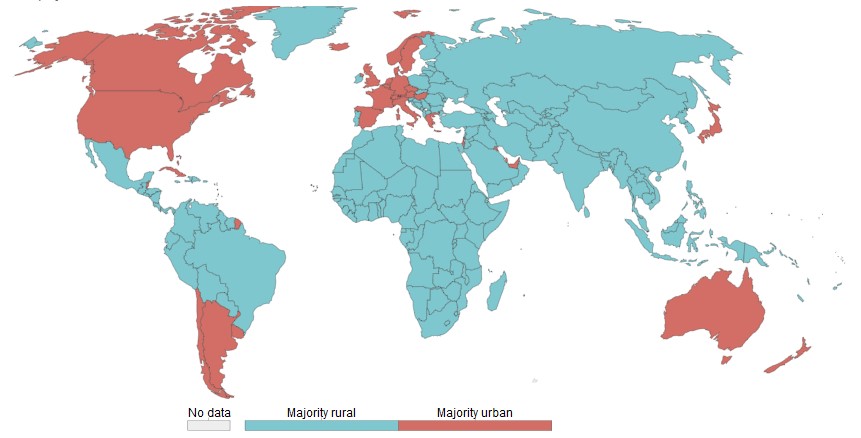 Mapping The World’s Urban Population In 2050

In 133 BC, Rome was the first city to hit a population of one million people.

While that number might seem small now, the truth is that modern megacities are just a blip in the long timeline of human history.

Today’s interactive data visualization from Our World in Data maps out how many people have lived in urban areas over time, as well as the powerful economic pull of cities after the Industrial Revolution.

The stages of urbanization can be roughly broken into two parts.

1500s – 1900s
Most people lived an agrarian life until the first Industrial Revolution. The urban population quadrupled over this lengthy timeframe, from 4.1% to 16.4%.

Urbanization accompanied the moves away from agricultural employment, but it was still a slow burn until the 20th century.

1900s – Present
The expansion of the global economy and population saw urbanization skyrocket along with it. The urban public leaped from 16% to 55% today, a trend which comes from both births within urban areas and rising human migration out of rural areas.

This turning point between the centuries becomes pretty clear when we look at the population shifts relative to each other:

What Defines An Urban Area?

While this widely cited data comes from the United Nations, many researchers suggest that the actual numbers are much more dramatic.

Why is there a discrepancy? It turns out that the definition of an urban population varies widely around the world. The UN figures are based on nationally-defined urban shares – but the thresholds and metrics used to calculate these are not uniform. Here are just a few examples:

In 1950, two-thirds of the global population lived in rural areas, but this distribution will be reversed in a matter of decades. Almost 70% of the world will live in urban areas by 2050.

In total, 2.5 billion people could be added to global urban areas by 2050, and a whopping 90% of this increase will take place in Asia and Africa.

By the time the dust has settled, large portions of the urban population will be concentrated in megacities, which are areas defined as having 10 million or more inhabitants. These are projected to be the top 10 megacities by the middle of the 21st century:

What happens when investment performance of two seemingly similar fund managers are combined? Can 1 + 1 = 3? read more

Bloomberg Brief reported earlier today that Whitney Tilson is short Organovo Holdings Inc (NYSE:ONVO). Shares of the stock jumped  sank on the news, but were up 2.23% for the... read more

With the US Federal Reserve apparently concerned that they might be forced to react too quickly if the economy starts "getting overly frothy,” a Deutsche Bank report looks at... read more 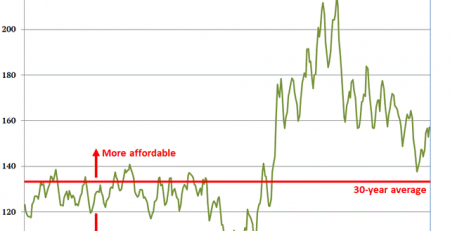 The China Syndrome - How Volatility Is Affecting ASEAN by [email protected] The Risks to Asia from China's Financial Volatility The economic slowdown in China and accompanying volatility in its financial markets... read more

Valuing Japanese Shares - Part One by Andrew Smithers, FT In two earlier blogs I explained why the cyclically adjusted price earnings yield (Cape) could not sensibly be applied to... read more

Here’s some classic Munger wisdom on ‘gold’ as an investment: Q3 hedge fund letters, conference, scoops etc “I think gold is a great thing to sow into your garments if you’re... read more