Seth Klarman has often spoken about the nonsense of measuring fund managers by their ‘relative performance’. That is, measuring the performance of their investments against various market benchmarks.

A quick read through Michael Burry’s Scion Capital shareholder letters shows that he’s also not a fan of relative performance as a performance indicator. Here’s an excerpt from his letters:

In order that this Fund’s performance escape the randomness of return that defines much of the investment management industry, it is imperative that I as manager respond only to the value of an individual investment when making capital allocation decisions.

Value is far from the only potential input in the typical portfolio manager’s investment process, however. Throughout the universe of public and private funds, managers are measured quarterly against one index or another, defined by statistics, and corralled into this category or that category so that fund of funds, pensions, and other institutions can make comforting — if not necessarily prudent — asset allocation decisions. Such forces restrict and otherwise harm the manager’s ability to invest intelligently and are entirely deleterious to performance. Managers who respond to such inputs fight an uphill battle.

The Fund is structured to allow its manager to ignore these secondary inputs. The less definition offered, the less positions revealed, the less statistics applied — all the better for the portfolio that aims for these supra-normal returns. Hence, the Fund’s individual portfolio positions may not be revealed except at the discretion of the manager.

In a press release on Monday, SUPERVALU INC. (NYSE:SVU) announced that its chairman of the board Wayne C. Sales had been named as the company's president and chief executive officer; he replaces Craig... Read More

Scott Fearon has spent thirty years in the financial services industry. Since 1990, he has managed the hedge fund Crown Capital. The fund has significantly outperformed the S&P 500... Read More 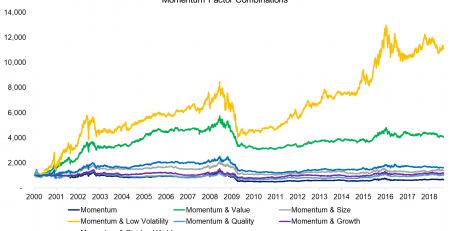 Summary The performance of the Momentum factor in the US has been poor since 2000 Fundamental valuation spreads were ineffective for improving the performance Combinations with other factors and... Read More

David Winters saw this move coming from a mile away. When Winters claimed that The Coca-Cola Co (NYSE:KO) was a potential leveraged buyout target of Warren Buffett – and Buffett denied... Read More

Among the sea of hedge funds which went under in June, there are a few admirable ones who managed to stay afloat. June marked the period which broke a... Read More