Visualizing The Poverty Rate Of Each U.S. State – ValueWalk Premium

How many people live below the poverty line in states across the country?

Today’s interactive map comes to us from Overflow Solutions, and it visualizes the percentage of people living in poverty across the United States over the time period of 2008-2017. 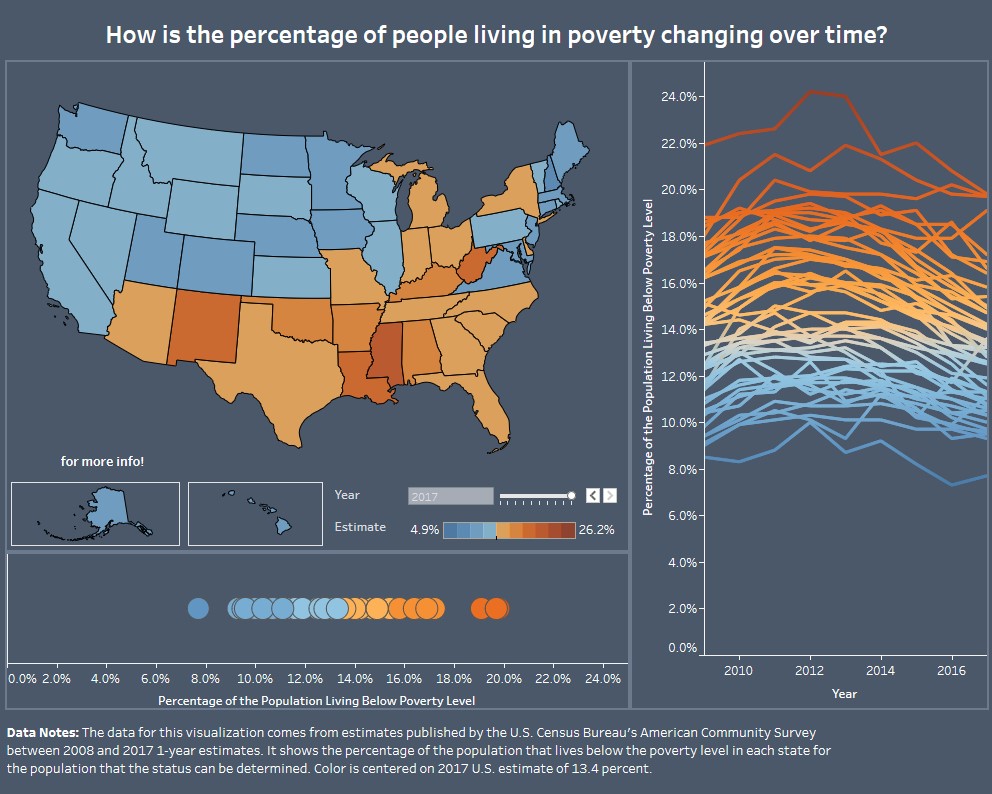 To start, we’ll look at the situation using the most recent data, which was pulled from the American Community Survey (2017) done by the U.S. Census Bureau.

For additional context, it is worth noting that the national poverty level is estimated to sit at 13.4%.

Here are the five states with the highest levels of poverty today:

In three southern states, Mississippi, Louisiana, and New Mexico, nearly 20% of the population lives below the poverty line. Two Appalachian states round out the top five: West Virginia (19.1%) and Kentucky (17.2%).

On the flipside, here are the five states with the lowest levels of poverty:

New Hampshire (7.7%) has the lowest poverty rate by a long shot – about 1.6% lower than its closest competitor, which is the state of Maryland (9.3%).

While the data from 2017 provides an interesting snapshot, perhaps it is more insightful to look at the trend over time. In other words, are poverty rates increasing or decreasing?

Since the recent peak in 2012, poverty has decreased by an average of 2.1% per state – in fact, over the 2012-2017 time period, there were only three states that did not see a reduction in poverty levels: Alaska, Delaware, and West Virginia.

Using the longer time window, however, you’ll see that poverty rates have actually risen by 3.0% on average since 2008. Today, not a single state has a lower poverty rate than it did in 2008.

Finally, here’s a full state table that is sortable and searchable, showing poverty levels in 2008, 2012, and 2017, for your convenience:

20 Of The Best Books On Investor Psychology – All Time

We recently started a series called – Superinvestors: Books That Every Investor Should Read. So far we’ve provided the book recommendations from: holiho / Pixabay Charles Munger: 32 Books That... Read More

The Education of a Value Investor: My Transformative Quest for Wealth, Wisdom, and Enlightenment by Guy Spier, presentation at Ben Graham Centre Why did I write it? Tony Robbins: The Fire Walk Power... Read More

Aswath Damodaran Valuation Tools Webcast #13: The Option to Delay (Valuing Patents)  Published on Nov 14, 2014 In this webcast, I look at applying option pricing models to value the option to... Read More 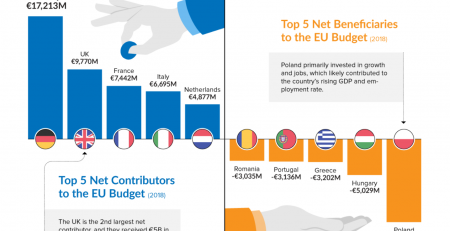 With 28 countries and over €15.8 trillion in 2018 GDP (PPP) to its name, there’s no doubt the European Union (EU) is highly influential in economics and politics. The... Read More