What’s Behind The False Claims About Indexing? – ValueWalk Premium

Indexing’s meteoric rise introduced investors to the value of prioritizing low costs, transparency, and consistency in their portfolios.

With that growth comes increased scrutiny. Recent criticisms—indexing is too big, indexing creates higher market volatility, indexing distorts capital markets, to name a few—have made their way into headlines. But our research suggests that many of these are unfounded.

An in-depth look at the data not only dismisses some of these claims outright, but it also helps support the case for investing across the indexing universe.

Indexing is a small part of the global market

Many criticisms of indexing stem from the use of data points that are skewed by a given party’s definition of the indexing marketplace.

Index strategies are constructed to match or track the components of a market index. By this definition, they represent just a fraction of the market. Index funds own about 10% of the value of all global investable securities and account for about 30% of registered fund assets.

Indexes are passive, but not always used that way At first glance, indexing’s growth might suggest a glut of portfolios performing in lockstep with the broad market. But the average index fund investor hasn’t exactly tracked the broad market, bucking those expectations.

Compared with Vanguard Total Stock Market Index Fund, investors’ returns on average have fluctuated from outperforming by 14% to underperforming by 8% at various intervals over the past two decades. 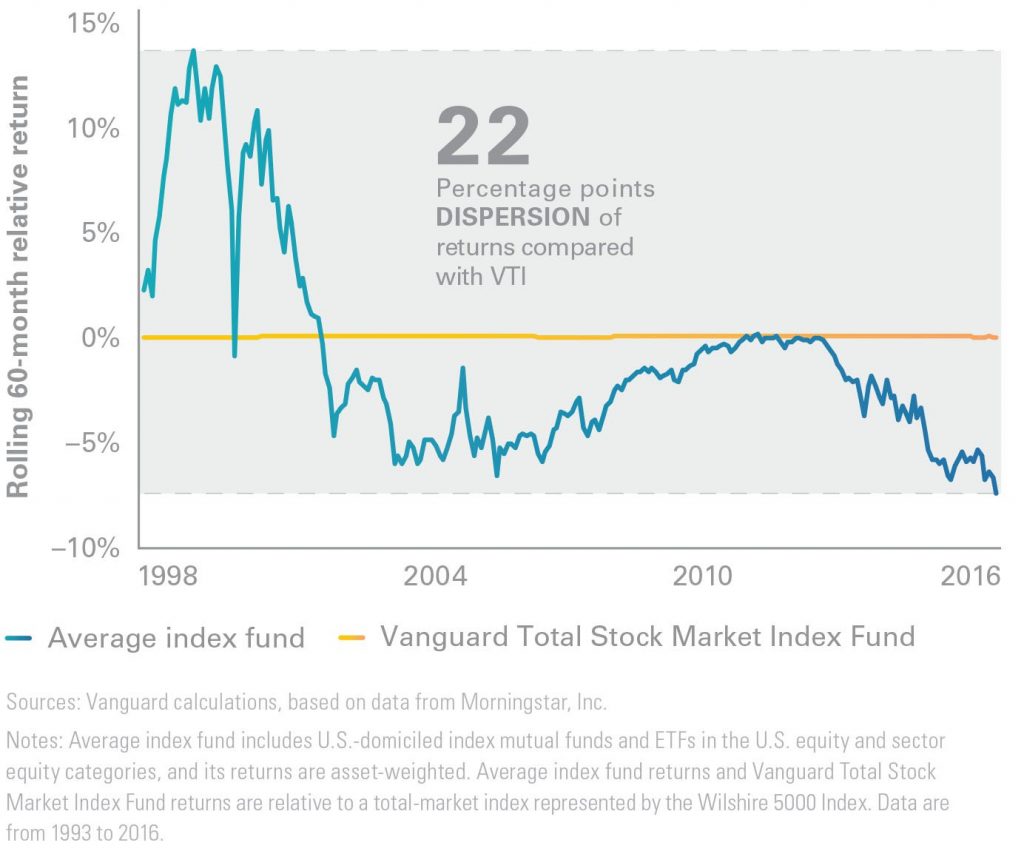 Indexing’s growth: No cause for concern

Some detractors say indexing’s growth creates a market with fewer opportunities to pick winning stocks, increased volatility, and increased trading volumes that may cause market dislocations. However, none of these claims can be attributed to the rise of indexing.

One of these ideas is that indexing raises market correlation and leads to active underperformance. But defining market opportunity through security dispersion—the percentage of stocks that either out-or underperform the index by at least 10 percentage points—tells a different story. Doing so proves that dispersion levels have remained fairly stable over time despite the growth of passive’s market share. 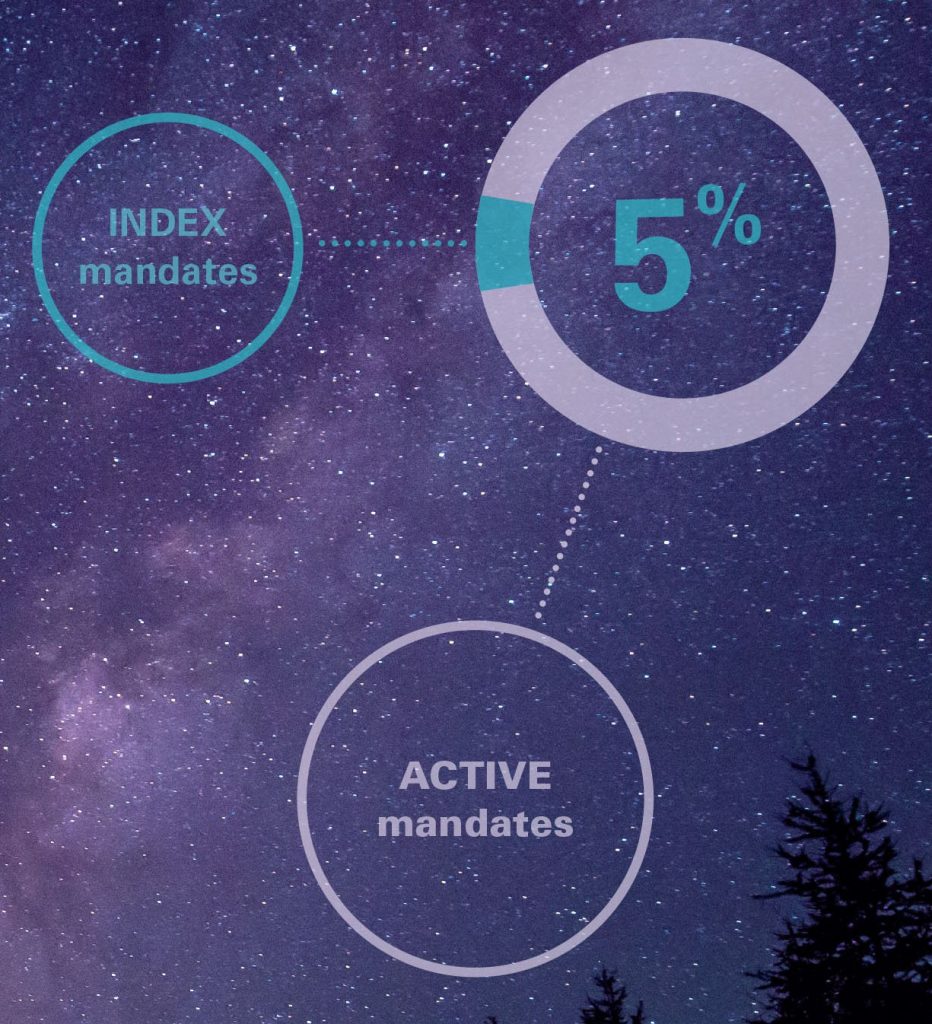 There’s no connection between indexing and market volatility

Critics also express concerns about a relationship between indexing and higher market volatility, but the data tell a different story. Even as index funds’ share grew, the market’s standard deviation rose and fell at a seemingly random pattern, save for time periods associated with the tech bubble and the great financial crisis.

Read the full article here by by Vanguard, Advisor Perspectives

Kinder Morgan Energy Partners LP (NYSE:KMP) has taken a giant stride towards acquiring Copano Energy, L.L.C. (NASDAQ:CPNO), in a deal worth about $3.2 billion. The completion of the deal will... read more

The Red Dragon And King Canute by Michael McCloskey, Founder & President of GreensKeeper Asset Management The GreensKeeper Value Fund is up +1.8% (after all fees1 and expenses) in 2015... read more

Mark Spiegel’s Stanphyl Capital  had a killer year up close to 31% NET YTD – see below for an excerpt on Tesla Inc (NASDAQ:TSLA) from their November shareholder letter. ... read more

Mohnish Pabrai is buying an insurer for $35M, below is the press release, what do you think?! Also see Mohnish Pabrai Dhandho. Heads I win; Tails I don’t lose much... read more

Howard Marks: The Importance Of Experience