Benjamin Graham is widely considered to be the father of value investing, and many high-profile investors like Warren Buffett continue to find success following his principles 90 years after he first taught them. However, well-known private investor John Bader suggested recently that the style of value investing pioneered by Graham may not work any longer.

Exceptions to the rule or new rules entirely?
One theme we've been seeing in hedge fund letters this year has been the oddness of the current market trends. Market situations are not always playing out the way we have come to expect them to over many decades, and exceptions to the rules are becoming relatively common. But does this really mean the basic value investing principles taught by Benjamin Graham have become obsolete?

We imagine many of our readers are answering this question with a resounding, "No!" However, John Bader, formerly of Halcyon Asset Management, seems to disagree. He told attendees at the Project Punch Card conference last week that he doesn't think Benjamin Graham-style value investing works any longer.

ValueWalk heard Bader's talk at the Project Punch Card Conference, which is touted as being focused on "value over the long-term." In his talk, Bader addressed the question of whether it's possible to "still be a value investor with a long-term orientation today."

Yesterday, the European Central Bank (ECB) made a decision to lend support to the troubled economies of the Eurozone, by initiating a bond buying program that is likely to be... read more 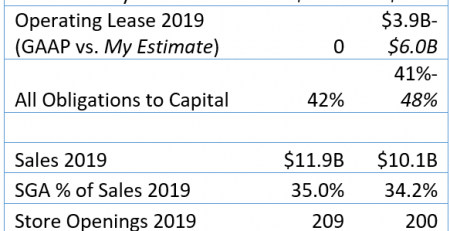 AZO and ORLY: Which one is a better buy? [Analysis]

AZO and ORLY: Both auto parts retailers are uncorrelated to S&P 500, but which one is a better buy? By Price Earnings Ratio Tracker Team Q4 2019 hedge fund letters,... read more

Right now the big question is whether Greece will accept the harsh terms set by the Eurogroup to avoid Grexit, but even if there is a third bailout it... read more

The Western Union Company (NYSE:WU) has had a rough year, dropping sharply at the end of January ahead of the general market slump, and still only trading slightly ahead... read more

Mohnish Pabrai On Sears Bankruptcy And Rolls-Royce Mohnish Pabrai’s full-year 2016 letter to investors in the Pabrai funds is full of interesting insights. The most fascinating insights, however, have to be... read more

Part three of a short series on Charlie Munger’s Human Misjudgment Revisited:   “The sensation apparatus of man is over-influenced by contrast – it has no absolute scale but it has... read more

Reserve Bank of Australia To Keep Rates On Hold: BofAML

Considering the volatility of unemployment data, the Reserve Bank of Australia will likely keep rates on hold to assess the data flow for some time yet, while holding a... read more