No matter which style of investing you practice, whether it's value investing or a focus on growth, momentum or other factors, the idea of having a large number of assets lying around and not making money is not attractive. However, Horizon Kinetics CEO and CIO Murray Stahl is known for his emphasis on what he calls "dormant assets." He gave a talk at the Project Punch Card Conference last week explaining exactly . . .

While a certain group of Islamic rebels in Syria have been accused of using stone-aged moralistic principles to guide their behavior, other rebels are not operating using stone-age weapons.... read more

This is the year of the improbable, a BCA Research piece points out. The United Kingdom voted to leave the European Union. Donald Trump is in fact the Republican... read more

High economic growth is not going to come from Europe and the US, a Bridgewater letter to investors observes, while revealing its formula for analyzing a sovereign government’s future... read more

The Fed's New Labor Market Measure by Frank Shostak, Ludwig von Mises Institute Economists at the Federal Reserve have devised a new indicator, which they hold will enable US central... read more

There are many trading legends of lore around the concept of “ Trend Following Strategy .” Perhaps the passive “The trend is your friend” is best known, but also the... read more

Three Of The Biggest Concerns For Today's IPO Investor

Three Of The Biggest Concerns For Today's IPO Investor We all know what the recent environment has been like in the Silicon Valley muddy fish bowl. LPs and non-traditional investors... read more 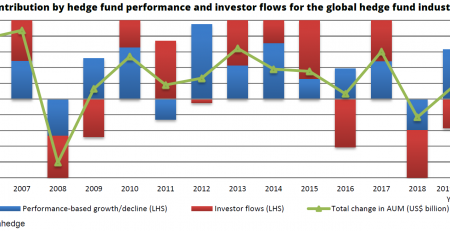 Many hedge fund managers have been burned by investor redemptions since the last few months of 2018, but even though performance has improved dramatically this year, investors continue to... read more