Why The Bears Are So Negative On The Economy – ValueWalk Premium

This year, I have maintained a consistent positive view on the US economy and equity markets, this despite the fact that economies and stock markets have faltered in much of the rest of the world. My view has essentially been that the US economy is strong enough to decouple from the global economy.

Yet as I emphasized last week in this space, more and more forecasters have been turning negative and predicting a recession next year, or at the latest, in 2020. With the latest steep plunge in the stock markets, the bears seem more vindicated than ever. Now they tell us a recession has to be just around the corner.

Yet I continue to believe that the US economy remains on solid ground, and I am not ready to write off the US equity markets as a result of the current correction. I’m not saying we will see new highs in US stocks by the end of this year; in fact, I doubt it.

What I am saying is that the US economy remains strong, corporate earnings will rise again in 2019 (probably not as much as this year) and the bull market in stocks is not over, in my opinion. I could be wrong, of course.

For the benefit of my clients and readers who think I am wrong, I will present the bearish case for the US economy today. Some of the arguments are compelling, I’ll admit. But the arguments on both sides are almost always compelling. So, even though I’m not convinced, here is the bearish argument.

Storm Clouds on the Horizon For the US Economy?

Emerging signs of weakness in major US economic sectors – including homebuilding, home sales, agriculture, auto manufacturing and others – are prompting more forecasters to warn that one of the longest periods of economic growth in American history may be approaching the end of its run. And a recession is almost certain to follow.

The US economy has been a picture of health this year, expanding at a 4.2% annual pace during the 2Q and 3.5% in the 3Q. It has driven the official unemployment rate to 3.7% for the last two months, the lowest level in almost half a century.

Yet despite that, General Motors recently announced plans to cut 14,000 jobs this month and up to 25,000 total before long and shutter five of its US factories. This reinforces other recent concerns that the better part of the decade-long US economic expansion is now in the rearview mirror.

“We’re in the 10th year of the expansion and there are some soft points,” said Ellen Hughes-Cromwick, a former chief economist at Ford Motor Company and the Commerce Department, who is now on the faculty at the University of Michigan. “The auto sales cycle has peaked and the housing cycle also has peaked,” she cautioned.

Ms. Hughes-Cromwick said higher interest rates, combined with rising inflation and faltering corporate confidence, could set the stage for a recession. In that scenario, she said, “I don’t really see how the economy can keep powering ahead.” I guess she is not aware that Fed rate hikes may be about to go on hold, the rate of inflation is slowing significantly, as I discussed in my Blog last Thursday and small business optimism is the highest in 18 years.

But what, specifically, are the bears seeing in the economic reports? Let’s take a look.

US Housing Market Has Definitely Weakened This Year

Any discussion of a weakening US economy has to begin with a look at the housing market, which has clearly weakened in 2018. Just about every measure of the US housing market has slowed down this year, including new and existing home sales, pending home sales, housing starts, median home prices, mortgage applications, etc. There are several reasons for this.

The first being that interest rates on 30-year mortgages have risen significantly since the lows in late 2016. As you can see below, the average rate on a 30-year mortgage has risen from around 3.3% to near 4.8% as of the end of last week.

Second, sales of new single-family houses plunged 8.9% in October to a seasonally adjusted annual rate of 544,000 houses, according to the Census Bureau and the Department of Housing and Urban Development. Sales are down 12% from a year ago.

Sales of existing homes nudged slightly higher in October but remain significantly lower than this time last year. The median existing home sales price fell to $255,400 in October, down from the high near $275,000 earlier this year.

The US housing market performed in similar fashion in late 2007 and early 2008, which is the major reason the bears are predicting another recession this time around. The main difference now is that mortgage lenders have much more stringent borrowing requirements than in 2007-2008.

The number of Americans filing applications for jobless benefits increased to a six-month high in late November, which raises concerns that the labor market could be slowing. Initial claims for state unemployment benefits rose 10,000 to a seasonally adjusted 234,000 for the week ended November 24, the highest level since mid-May, according to the Labor Department.

Claims have now risen for three straight weeks. This is also similar to what we witnessed back in 2008. Jobless claims started to creep up, and then when the crisis fully erupted there was an avalanche of job losses. Could it happen again? The bears say yes.

Next in the bearish argument is the fact that we are seeing more big corporations announcing major layoffs. As noted above, General Motors announced layoffs of 14,000-25,000 just ahead, along with closing at least five of its US factories. As we all know, Sears is on the way to going out of business. Here are some others you may not have heard about that are cutting jobs:

Yes, even Amazon. And there are a slew of other major companies I could add to the list, but you get the picture.

There is another serious negative development the bears almost always point to, and I agree with them. US corporations have taken on record-large amounts of debt in the last 8-10 years. Corporate debt has more than doubled since the last recession and is now sitting at about 45% of GDP. This is a troubling issue I’ll tackle in a forthcoming E-Letter.

Conclusions: I’m Still Optimistic, But the Bears Have a Case

I remain optimistic about the US economy for the next couple of years. I don’t agree with the bears that we’re headed for another nasty recession next year. Yes, negative surprises do happen from time to time, and we never know when they are coming. So, I could be wrong.

If you are among the bearish crowd, the points I have discussed above should be the basis for your argument – and you can always point to our massive federal debt of $21+ trillion – as I repeatedly do.

Maybe these issues will lead us into a new recession in the next couple of years, but please stop with the predictions of the worst financial crisis in world history. I just don’t believe we are there.

Final note to clients & readers: My comments just above are not directed at you, but rather to the community of writers and opinion editors I read who have turned so bearish recently. I just don’t agree with them at this point, despite the latest plunge in the stock market.

Thanks as always for your feedback, questions and suggestions. Please keep them coming!

We will host a live webinar with Michael Miller of Wellesley Asset Management next Wednesday, December 19 at 4:00PM Eastern. Wellesley specializes in convertible bonds which can be an excellent addition to your portfolio. Wellesley has an impressive performance record dating back over 22 years.

Fears About the Economy Are Overblown, Stocks Overreact

Insider Trading Involved In 1 Out Of 4 Mergers [STUDY]

A “groundbreaking” study on insider trading confirms your worst suspicions: insider trading is worse than you might imagine. The report shows that 30 days prior to a merger and acquisition... Read More

As the Department of Justice continues to aggressively prosecute foreign banks, a meeting between the Obama administration and French officials this week could get explosive. $10 billion fine significantly higher... Read More 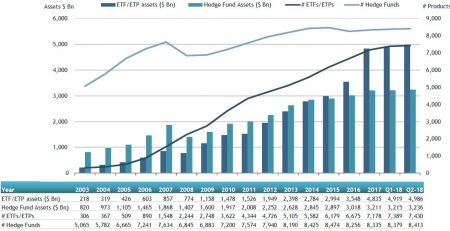 LONDON — July 8, 2015 — A record level of US$152 billion in net new assets (NNA) was gathered by ETFs and ETPs listed globally in the first half of... Read More

The tug of war over Monitise Plc (LON:MONI) (OTCMKTS:MONIF) is intensifying between those long the stock, such as Leon Cooperman of Omega Advisors, and those short, which includes Tiger... Read More