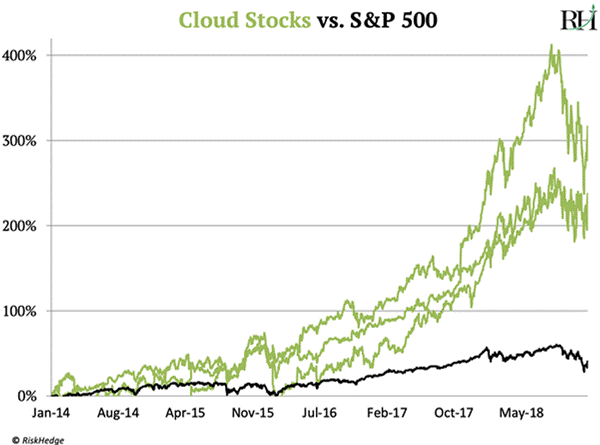 Billionaire Stan Druckenmiller might be the greatest investor alive today. His track record is astonishing…

And Druck has never had a losing year… ever!

He made money in 2001 during the dot-com crash. And reportedly made $260 million in 2008—while most investors lost their shirts.

So what’s his secret?

Druck is low-key and rarely gives interviews. But in one rare interview with Bloomberg, he revealed his secret to success.

He said: “We are long the disruptors and short the disrupted… it has worked beautifully.”

My RiskHedge readers know all about disruptor stocks.

Disruptors are not ordinary stocks. They don’t compete with industry leaders. They destroy them.

In the process, they often hand investors gains of 3x, 4x, 5x, or better.

Believe it or not, Xerox was once a mighty tech giant. Thirty years ago, it was America’s twentieth-largest company.

Today its stock chart is a sad reminder of what it’s like to get steamrolled by a disruptor. 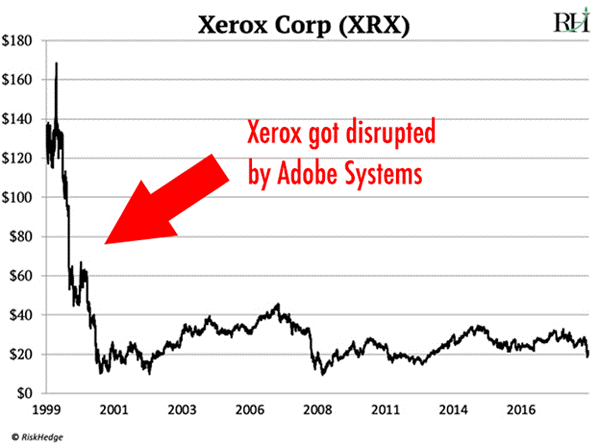 Canon (CAJ), one of the world’s biggest manufacturers of printers, is a victim of Adobe’s disruption, too.

In the past decade, printer sales have plunged 30%. And Canon’s stock has been cut in half since 2007.

Now Druck Bets on the Cloud

Today, Druck is plowing billions into a disruptive technology called “the cloud.”

As I explained recently, the cloud gives businesses cheap access to powerful supercomputers.

Druckenmiller has invested over $1 billion in cloud businesses including Microsoft (MSFT), Amazon (AMZN), and ServiceNow (NOW).

In fact, 52% of his stock holdings are in cloud companies, according to SEC filings.

Not without a reason. Cloud disruptors have crushed the S&P 500 over the last five years: 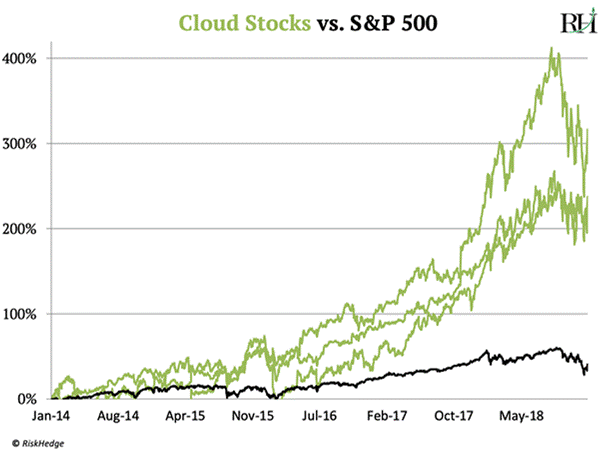 Have you seen the movie The Big Short?

It tells the story of a few investors who made a killing by betting on the US housing collapse in 2007–2008.

Steve Eisman, played by Steve Carrell, was a mastermind behind the trade. His fund made about $1 billion from the housing collapse.

In a recent interview, Eisman was asked, “What are the biggest opportunities you see today?”

He said, “The disruptor vs. disruptee theme. [It] will last for a long time and there’s lots of way to play that…”

Druck and Eisman Are What I Call “Bloodhound Investors”

Many legendary investors got rich by specializing in one strategy.

Carl Icahn is an “activist” investor. He buys big chunks of companies and influences CEOs to make changes.

Neither Druck nor Eisman specialize. Instead, they seek out moneymaking opportunities like bloodhounds.

Druck has famously made big money across all assets: stocks, bonds, currencies. Eisman made his fortune during the worst market crash since the Great Depression.

You could say they’re agnostic in what they buy.

It’s like when bank robber Willie Sutton was asked why he robbed banks? He answered “because that’s where the money is.”

Disruption Is Where the Big Money Is Today

In a recent interview Druckenmiller said, “We’re in the most economically disruptive period since the 1880s.”

Clearly, these guys know the big money today is in disruptor stocks.

I like to see two of the world’s smartest money managers on my side, buying disruptors along with me.

Have you Missed Out on Amazon, Google, and Netflix-level profits of 500%+? Here’s Your Second Chance

If you looking for stocks coiled for big gains, grab my recent special report The Great Disruptors: 3 Breakthrough Stocks Set to Double Your Money.

In it, you’ll find in-depth research and exact stock tickers along with our buy prices and target prices—so you can invest confidently today.

These stocks will hand you 100% gains as they disrupt whole industries. Claim your free copy here.

A series of annual letters of Michael Burry's Scion Value Fund. H/T @BluegrassCap Get The Timeless Reading eBook in PDF Get the entire 10-part series on Timeless Reading in PDF. Save it to your... read more 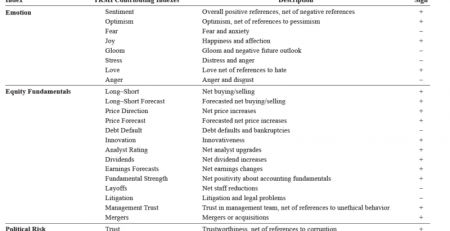 The Hedge Fund Association is concerned about potential changes the U.S. Securities and Exchange Commission is proposing to the definition of “accredited investor” that would narrow the number of... read more 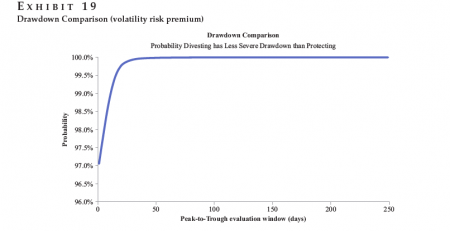