Here’s a great video with Joel Greenblatt at the CFA’s Distinguished Speaker Series. During the presentation Greenblatt recounts the story of how he was able to explain the stock market and value investing to a ninth grade class, using a big jar of jellybeans. Greenblatt says:

For whatever reasons he asked me to give a talk about investing for about a half an hour to the learned doctors in the room and take some questions.

So I explained how the stock market worked for about a half an hour and then I said, “Any questions?”.

First question was – Market was down 2% yesterday should I get out?

The second question was – Oil was up 1% yesterday should I get in?

My conclusion from those questions was that I had just crashed and burned and they didn’t understand anything I had just said about the stock market.

Luckily, a few days later I got asked to teach a ninth grade class. All the kids were from Harlem. An investing class, once a week for an hour teaching them about investing.

These doctors had a lot of degrees and they had to be really smart to get there. They were all surgeons. Pretty successful guys and women, but now I’m asked to teach ninth graders, who had no money or interest or background and no degrees yet.

I had failed with the doctors, so I said yes anyway and I thought I had a few weeks to prepare for the first class and I didn’t want to fail with the kids.

So I thought about it and I walked in the first day of class with a big jar of jellybeans. One of those old-time glass jars.

I collected the three by five cards then I went one by one around the room and I said tell me how many jellybeans do you think are in the jar and you can keep your original guess or you can change your guess that’s completely up to you!

One by one around the room I said how many jellybeans are in the jar and I wrote down those answers.

So here are the results of that test. When I averaged the guesses from the three by five cards the average guess was 1771 jellybeans, and there were 1776 jelly beans in the jar, so that was pretty good.

But, when I went around the room one by one and asked them, that guess averaged to 850 jellybeans. I told the kids that the stock market was actually the second guess. Because everyone knows what they just heard. What they just watched. What they just read. Who they just talked to. They’re influenced by everything around them, and they didn’t make a very good guess.

When they were cold and calculating and independent their guess turned out to be much better.

So I think of ourselves as cold hearted jelly bean counters when we’re trying to value businesses and trying to cover our ears and close our eyes and trying to figure out valuation without being influenced by things around us.

What are the ways to do that is to use trailing numbers rather than our own projections. It turns out to work better and that’s very much how the stock market works and how you can go about beating the market. 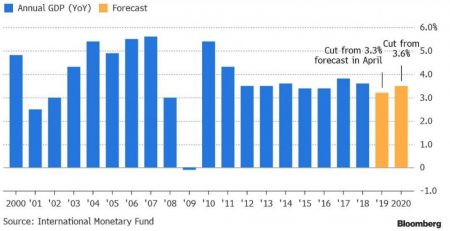 About the fact that precious metal prices are manipulated Trader 21 mentioned at the inception of the blog in the article "Manipulation in silver - first editions". Back then... read more

The Financial Accounting Standard Board will propose new rules for insurance accounting on Thursday that seem likely to increase volatility in reported profits for many insurers and lower reported... read more

Capital market theory has passed through two distinctly different paradigms in the past 80 years and is experiencing the rise of a third. Each paradigm has attempted to better... read more 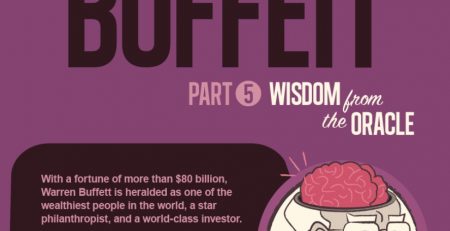 The Smoking Gun on Textura Corp (TXTR) CEO History via Citron Research. For all of you Analysts who are “Hard of Reading”: The Picture Worth a Thousand Words. Citron has been writing... read more

The Winklevoss twins, those confirmed globe-trotting playboys fresh off a partying on the islands off Spain, are back in the Hamptons at high season and have some unique ideas... read more

Whitney Tilson's slides on his favorite long and short ideas from Robin Hood Whitney Tilson: An Update on the Two Short Ideas I Pitched at the Robin Hood Conference Two... read more