Commodities are an interesting asset class to watch.

In certain years, all commodities will move in price together in an obvious and correlated fashion. This is a representation of the cyclical characteristics of commodity markets, in which macroeconomic factors align to create a tide that lifts or sinks all boats.

At the same time, however, each individual commodity is incredibly unique with its own specific set of supply and demand circumstances. In the years when these supply or demand crunches materialize, a certain commodity can surge or crash in price, separating itself from the rest of the pack. 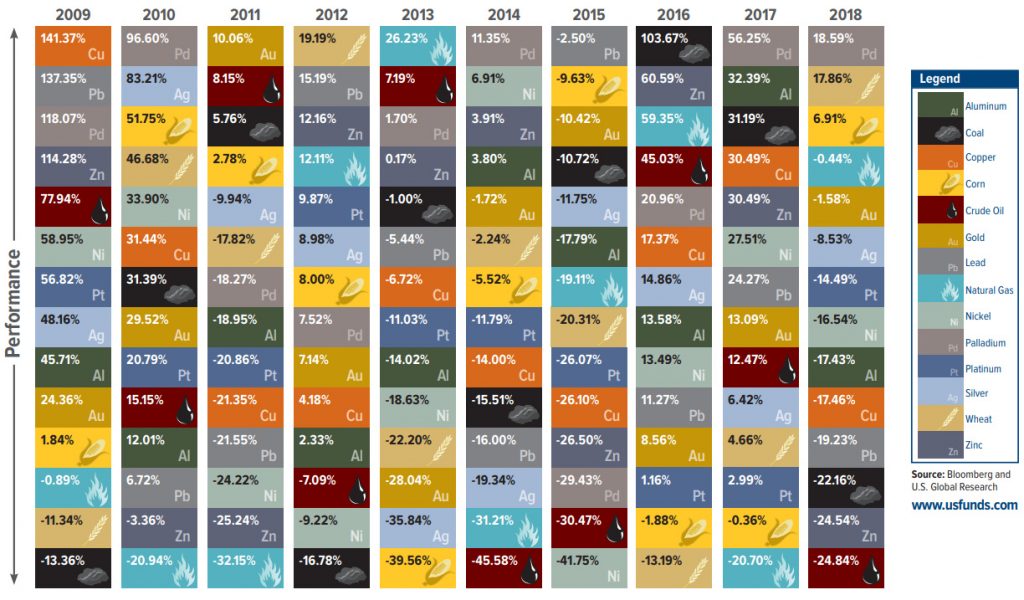 A Decade of Commodity Returns

Today’s visualization comes to us from our friends at U.S. Global Investors, and it tracks commodity returns over the last decade.

The best performing commodity in 2018 was palladium, which found itself up 18.6% – just enough to edge out corn, which jumped up 17.9% in price last year.

Interestingly, palladium has also been the best performing commodity over the 10-year period as well: 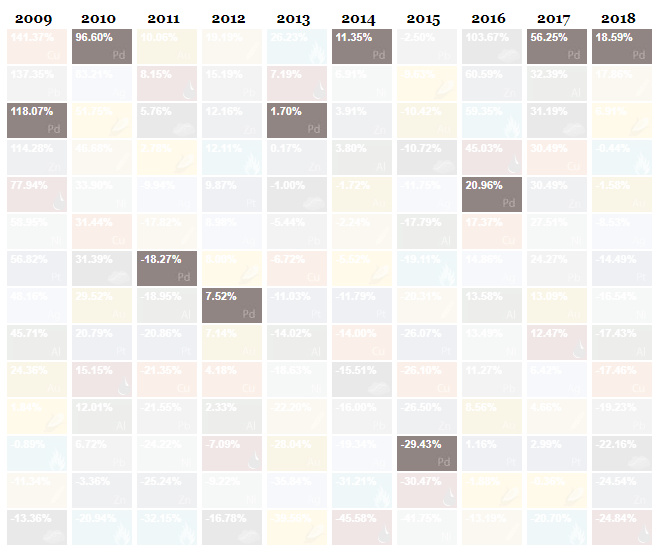 Palladium has finished in first place in four of the last 10 years, including in 2017 and 2018 – it’s also impressive to note that palladium has only had negative returns twice in the last decade (2011, 2015).

Like palladium, this wasn’t a unique occurrence: crude has actually been the worst performing commodity investment over the last decade: 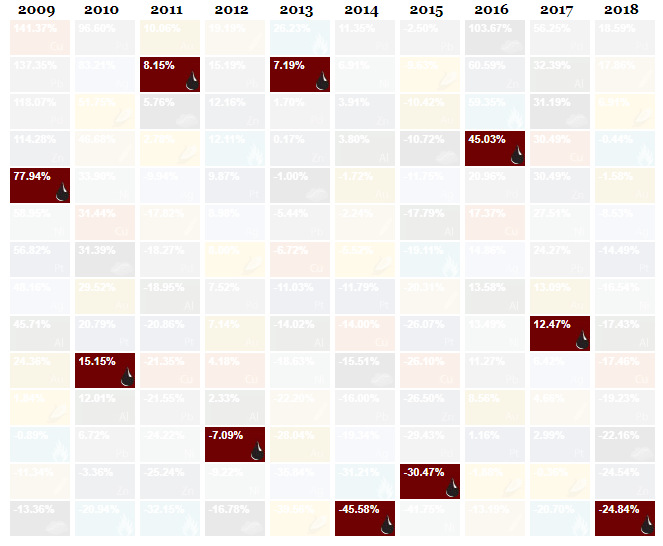 As you can see, crude oil has been the worst (or second worst) commodity in three of the last five years.

Further, as our chart on how all assets performed in 2018 shows, crude oil was outperformed by every other asset class, and the energy sector had the poorest performance out of all S&P 500 sectors last year.

Federal regulators moved swiftly today and finalized new “liquidity coverage ratio” rules while also starting the process of tackling one of the biggest and most catastrophic risks facing the... Read More

Fears of a global trade war have been heating up in recent weeks… We’ve seen a cycle of the U.S. announcing tariffs and investment restrictions on Chinese products… China responding... Read More

‘The Costs Are Just Up, Up, Up’: Warren Buffett Issues Grave Warning About Inflation

Mitchell Julis and Joshua Friedman's Canyon Value Realization Fund is another hedge fund that is up in July and shaking off the effects of chaotic markets of June. Yesterday we... Read More