Something interesting is happening in oil markets.  Goldman is saying $75 in 2019 and inventories took an unexpected fall this week with a draw of 8.6M barrels vs the expected 2.8M gain.

This also comes at a time when XOM has shuttered a 110,000BBL/day refinery for work. We should have seen the expected build.  An over 10M barrel difference is a large one and bear close watching.

Refining input drops again as XOM shuts 110,000 BBL/Day unit, but inventory still falls 8.6mil BBL Another drop of 8mil BBL of crude inv will send us below the 5yr avg. Lot of moving parts at all times 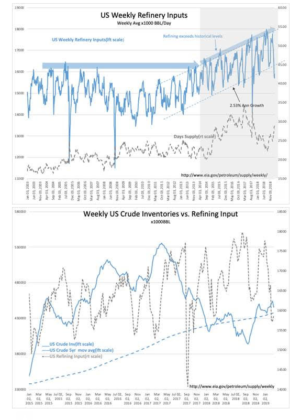 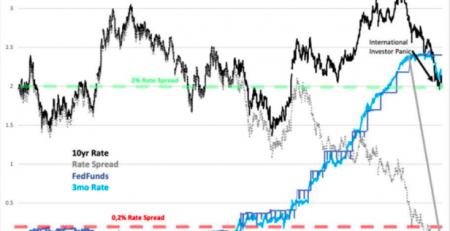 The Fed Could Do Nothing

Does Apple Inc. (NASDAQ:AAPL) have a knack for dominance? In addition to being the world’s biggest company in terms of market cap, the renowned iPhone maker now owns the... Read More

Have Endowments Adopted The Yale Model?

Yale Model - Using MPI's Common Style to Understand the Endowment Landscape Dispersion of 2016FY Results With limited data and only general information about their actual allocations, it can be difficult... Read More