Ray Dalio: Why We’re Less Worried About A Recession Now That Growth Is Plunging – ValueWalk Premium

Ray Dalio: Why We’re Less Worried About A Recession Now That Growth Is Plunging

Starting about 18 months ago I assessed the risk of a recession before the next presidential election to be over 50% because we at Bridgewater calculated that a) the growth spurt would be temporary and fade and b) the Fed’s policies in response to the growth spurt would drive asset prices and then the economy down. Because the markets weakened and Fed officials now see that the economy and inflation are weak there has been a shift to an easier stance by the Fed. Similarly, because of weaker markets, economies, and inflation rates in other countries, other central banks have also become more inclined to ease, though they have less room to ease than the Fed. For these reasons, while I still expect that there will be a significant slowing of growth in the US and most other countries, I have lowered my odds of a US recession coming prior to the US presidential election to about 35%. More specifically, the Fed now has both a) the power to lower interest rates by 2+% and to pick up QE and b) the willingness to do that if needed to prevent a recession. The ECB and the BoJ both have much less room to ease. For these reasons I still remain worried about economic weakness coming at the same time as central banks’ powers to reverse it are limited (especially in Europe and Japan), domestic and international conflicts are great, and there will be elections in a number of countries.

The charts below show estimates of where global growth and inflation are now and where they will be in a year. 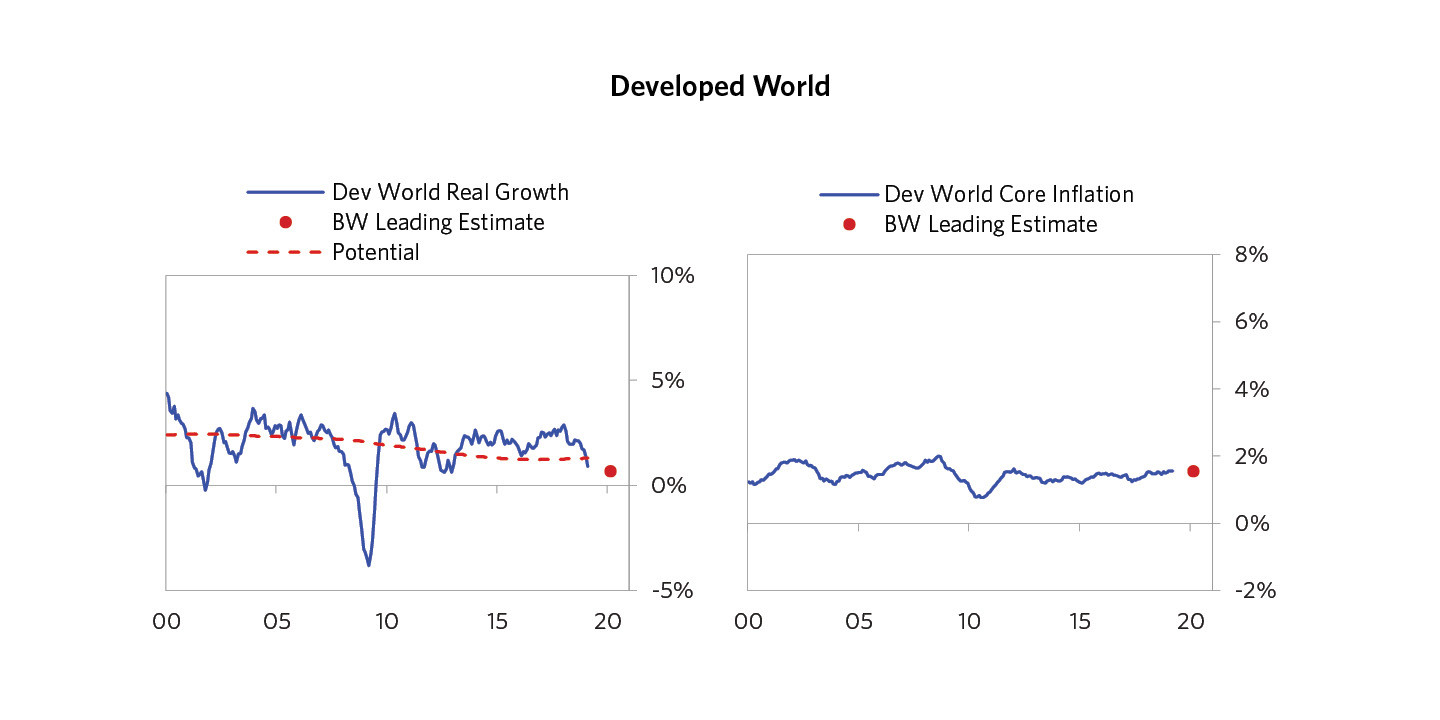 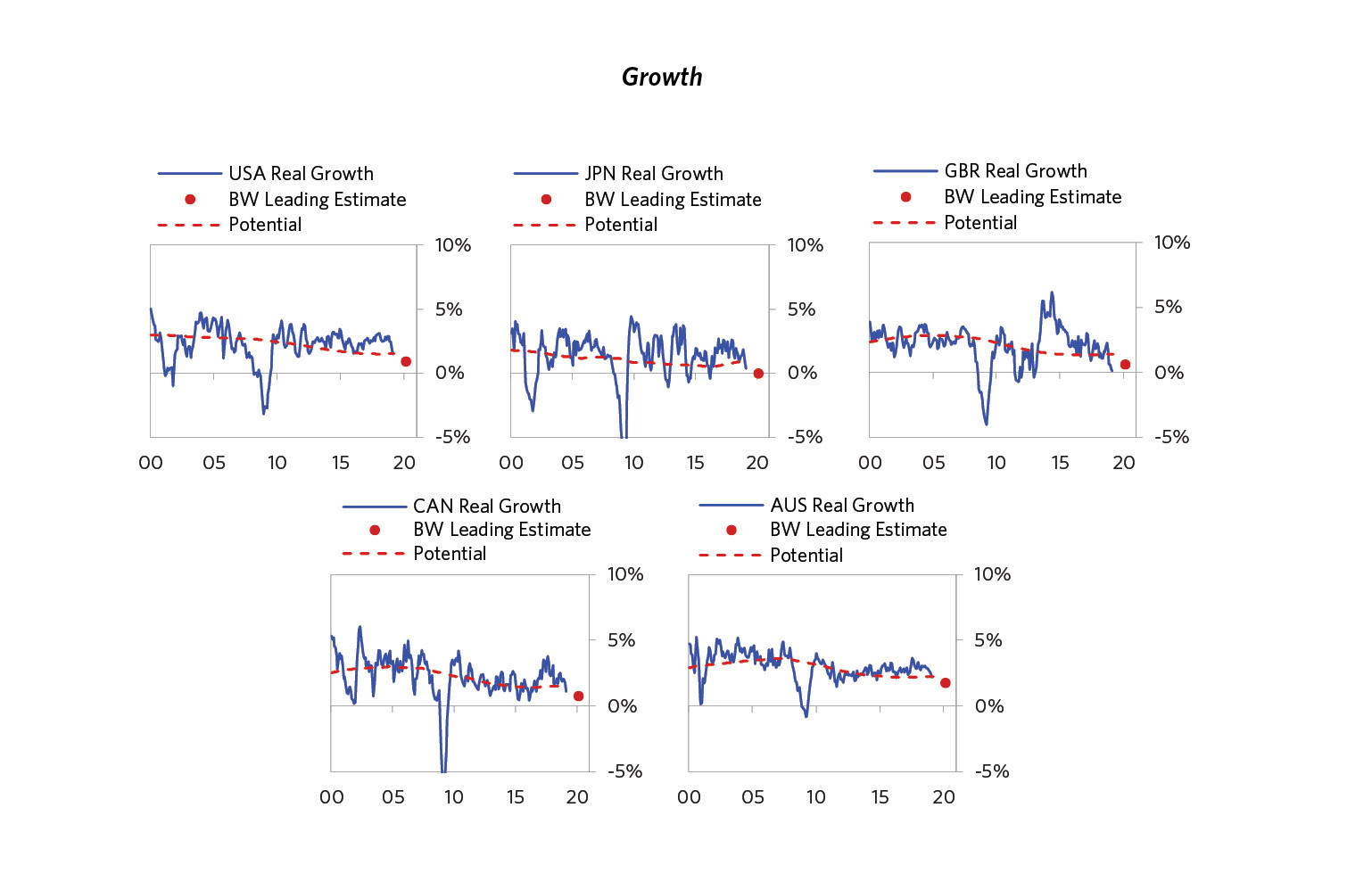 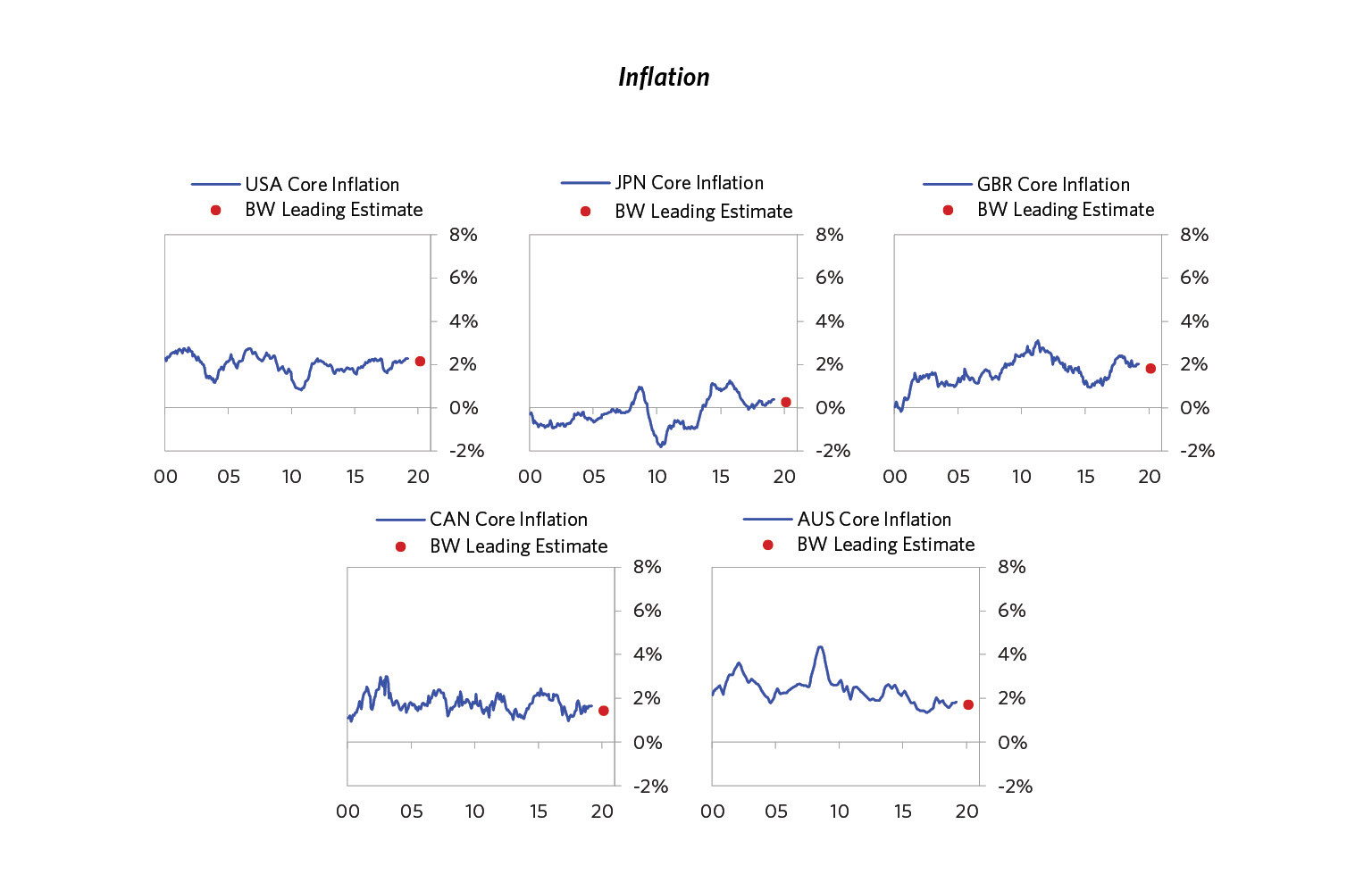 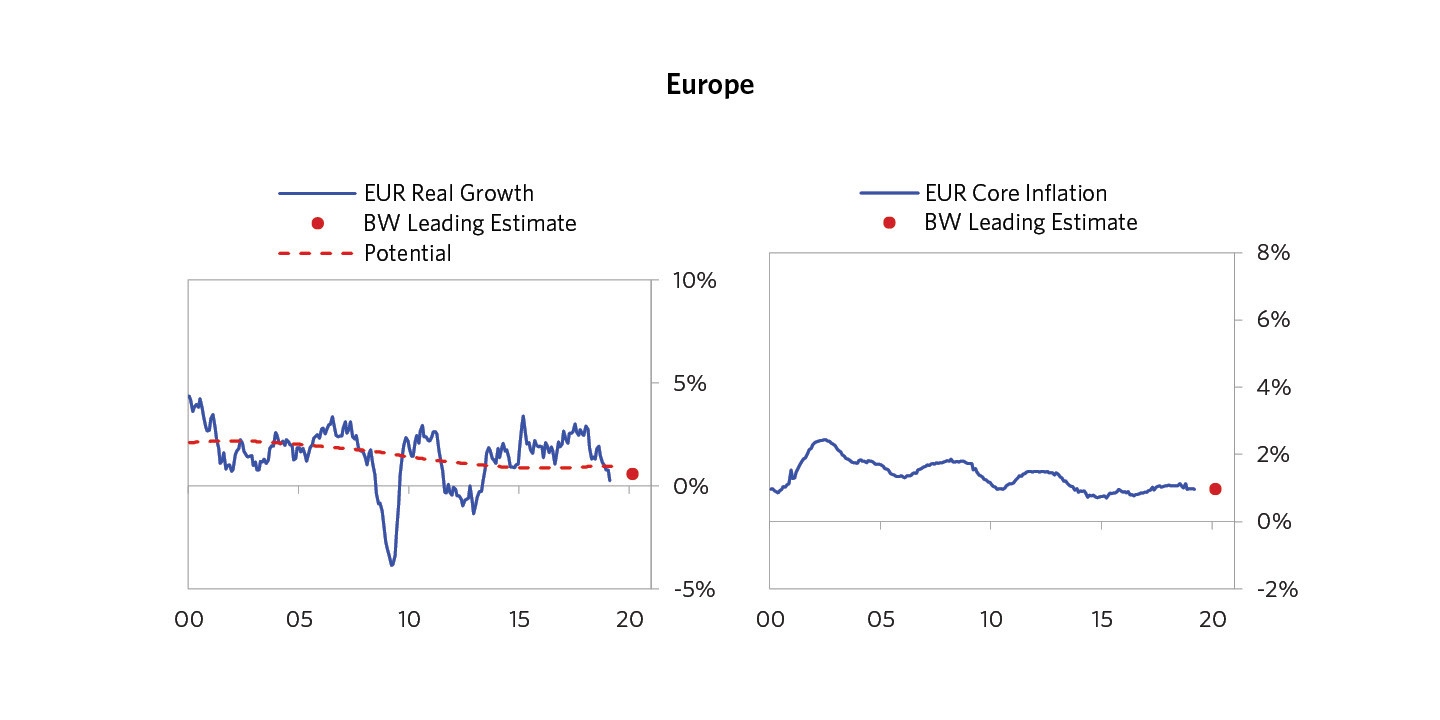 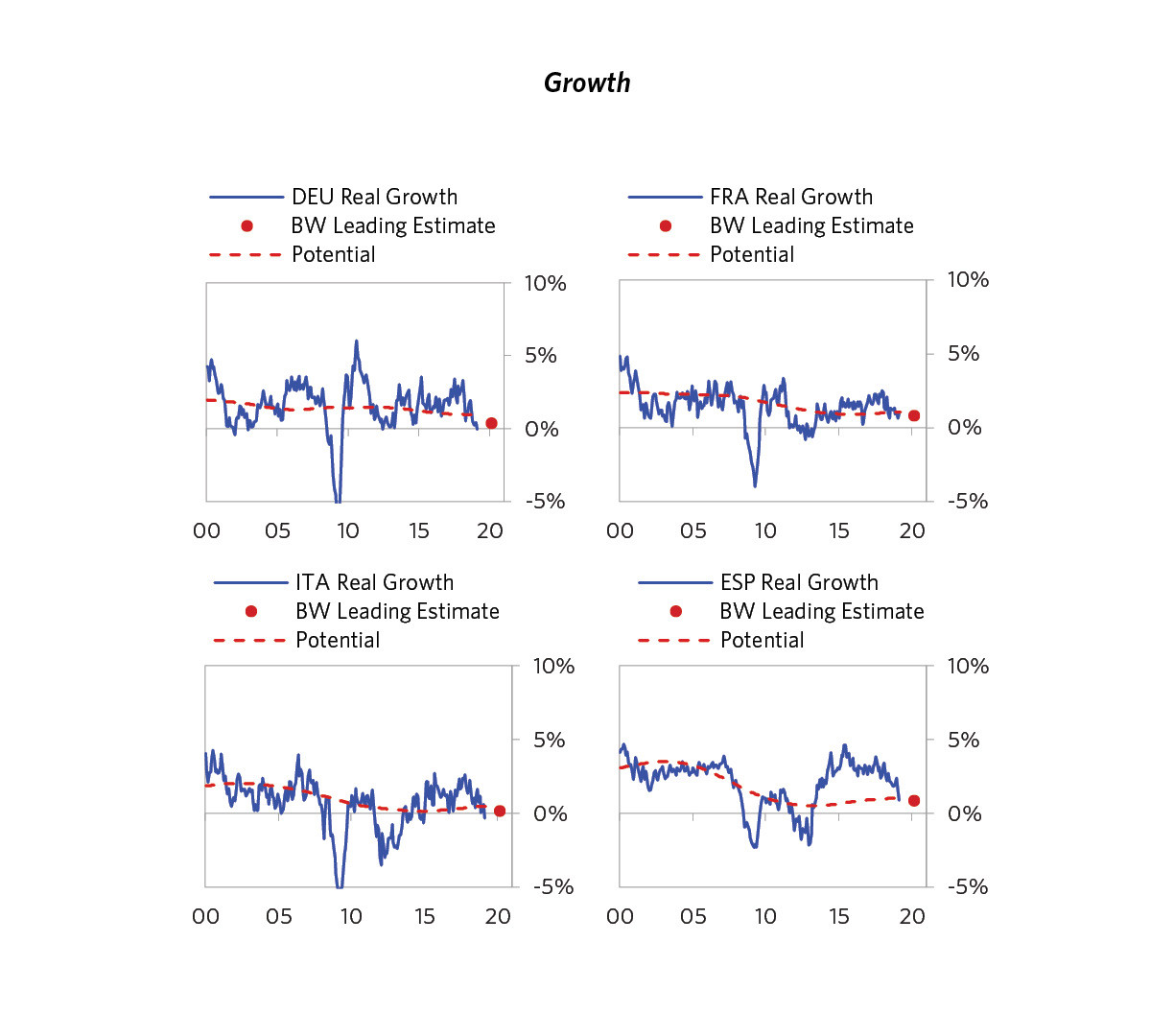 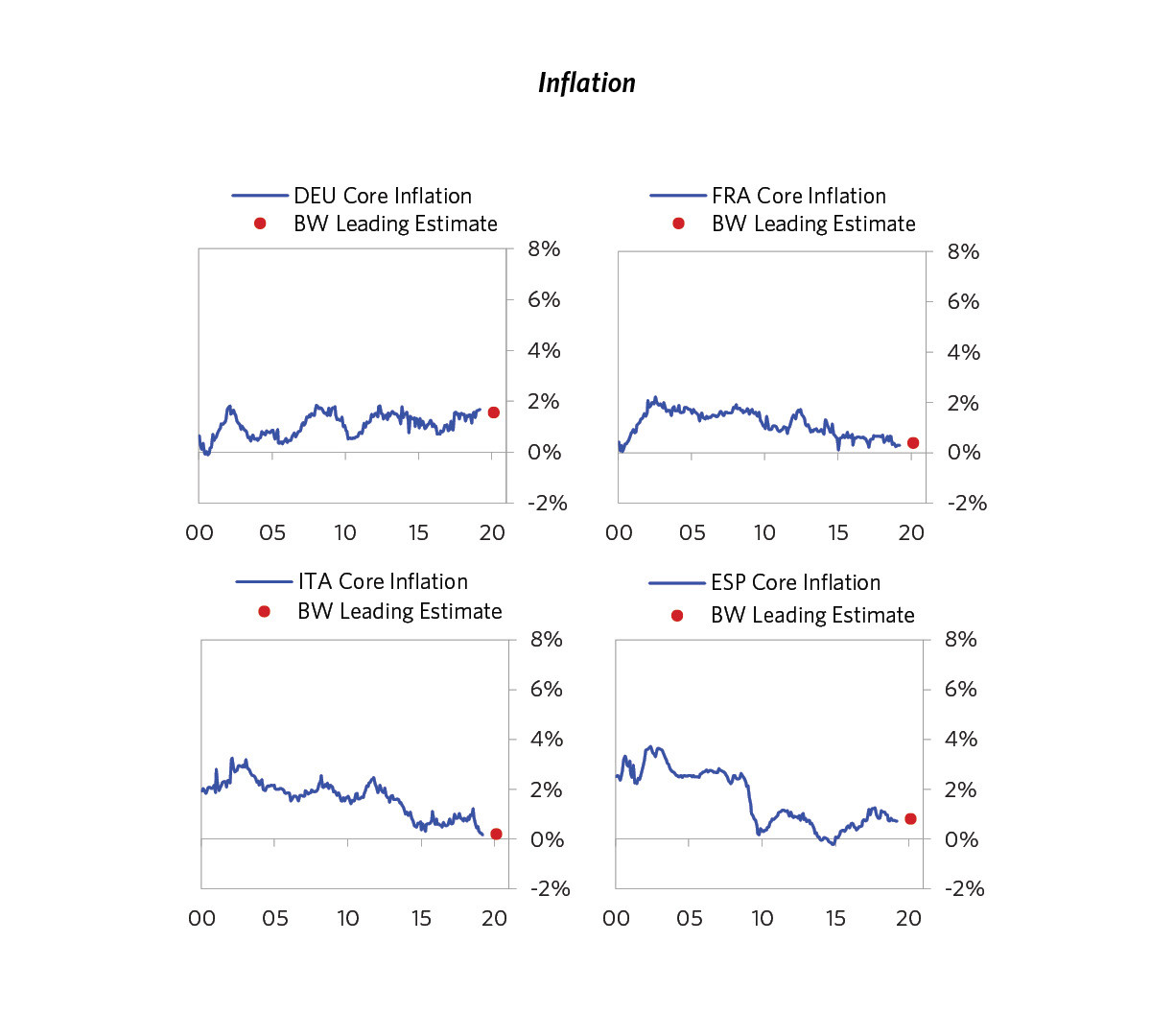 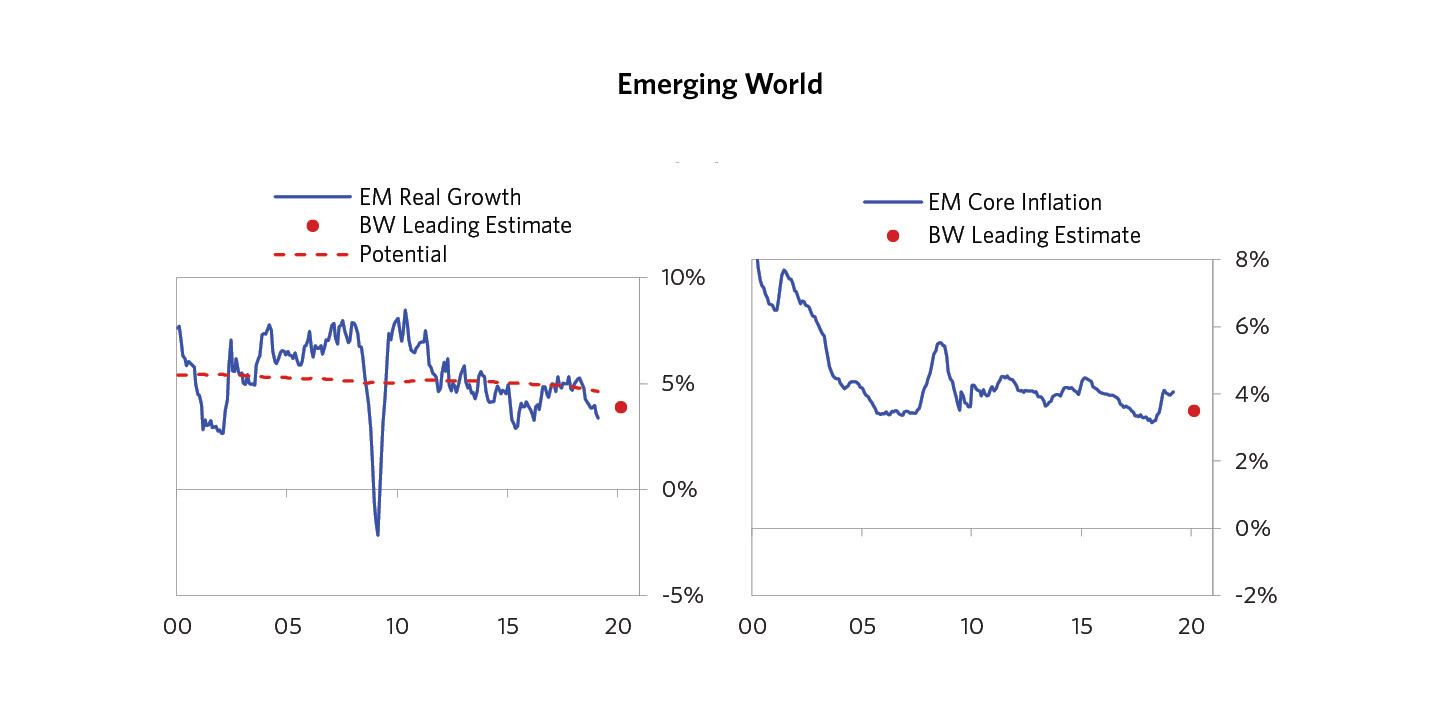 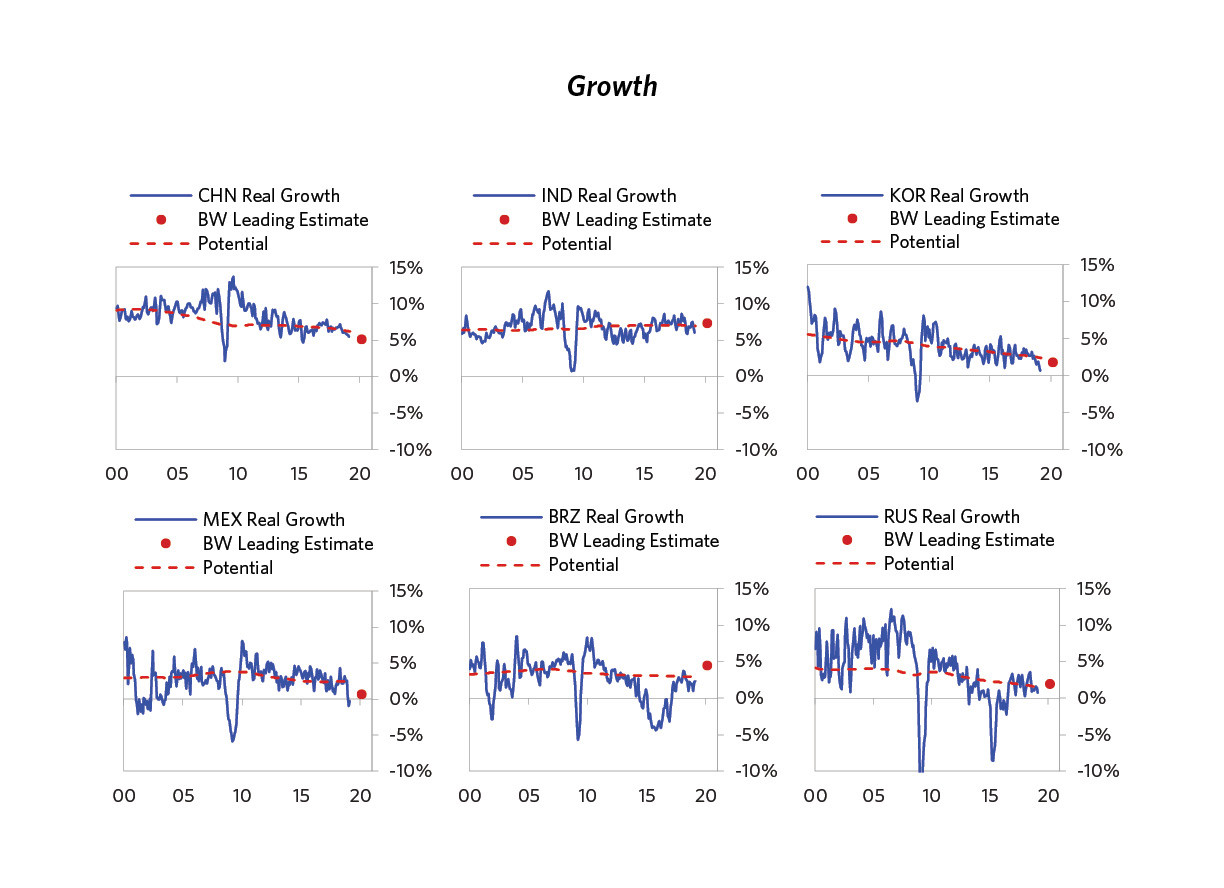 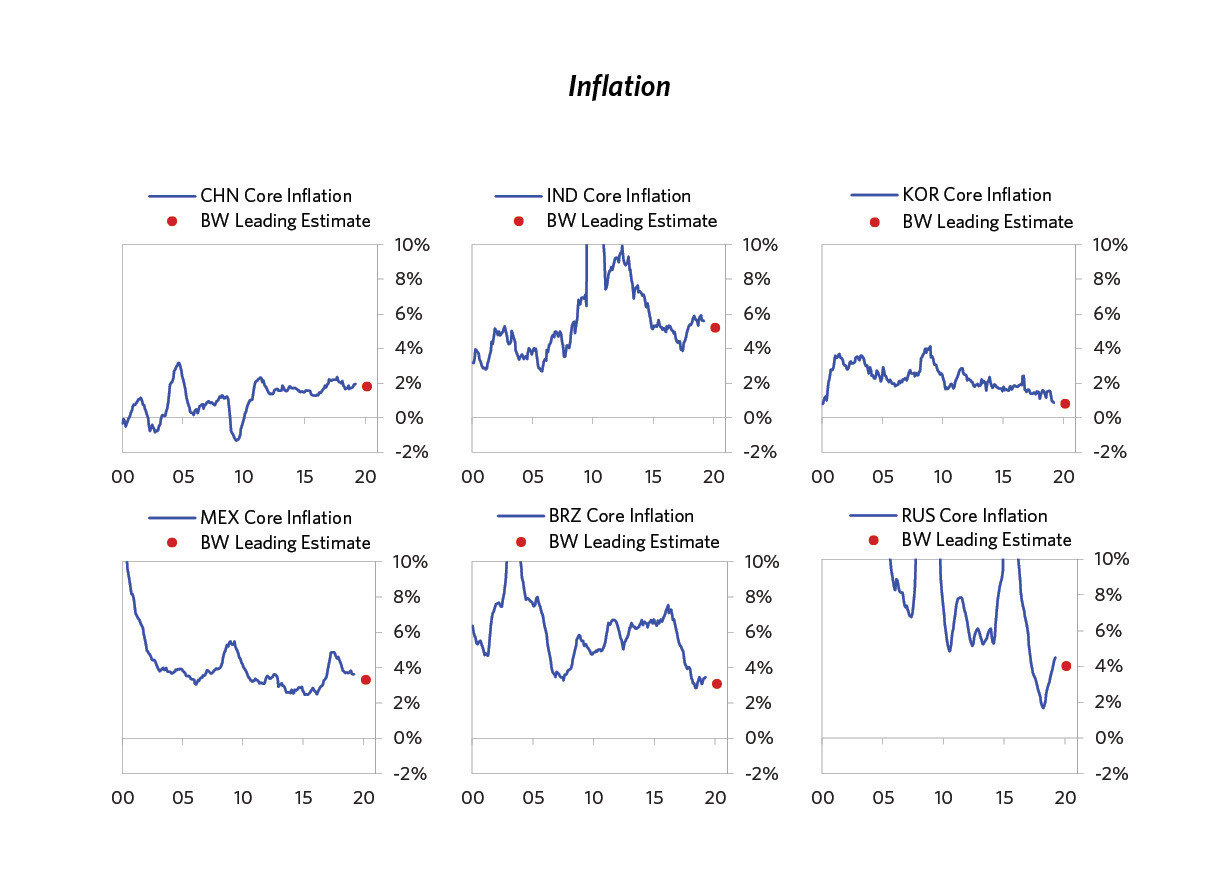 In summary while the Fed probably doesn’t have enough firepower to offset a deep recession, the big sag that we expect is probably manageable. More specifically, the Fed now has 250bps of easing (which will be more impactful than typical because of the longer durations of assets this cycle), plus the ability to turn QE back on, which we estimate is roughly equivalent to the 4% to 5% of easing typically required to get out of recessions. The story is different in different parts of the world and our economies are connected. So, when looking at the whole picture, it is more concerning. In Europe, the ECB appears unable and/or unwilling to adequately ease (because of politics and structural issues) while circumstances (the sag in growth and sub-target inflation) warrant an easing. Chronic slow growth is most likely and worse is possible, especially if populist political forces continue to grow. In Japan, we also see low growth and low inflation with slightly more room to do QE and better yield curve controls than Europe has (though the marginal effects of these will be limited). In China, we are seeing the growth sag and the government responding with increased fiscal and monetary stimulation, though not yet enough to return to normal growth. In other emerging countries, we are generally also seeing weaker growth and inflation and the increased ability to ease monetary policy, but not yet enough easing to cause recoveries to desired levels.

Hot on the heels of the $250 million The Washington Post Company (NYSE:WPO) deal last night, here are some additional global media M&A stats for you via Merger Market. Global... read more

China unexpectedly posted a trade deficit for February. The country’s trade balance fell $31.5 billion, the largest trade deficit in a decade. Import growth was up 39.6% through February... read more

The Mid Cap Growth style ranks eleventh out of the twelve fund styles as detailed in our 1Q18 Style Ratings for ETFs and Mutual Funds report. Last quarter, the... read more

In its yearly poll, Forbes Magazine has named Ireland the best county in the world to do business. Undoubtedly, a great accolade, as the country becomes the first to... read more

Horseman Emerging Market Fund letter for the month of ended March 31, 2016. We recommend that investors register on our website as the preferred medium for communication and additional information... read more