Visualizing How Much Financial Advisors Earn In Each State – ValueWalk Premium

There may be more financial planning to be done in the next ten years than there are financial planners. As the U.S. population ages and Baby Boomers begin to retire, the Bureau of Labor Statistics suspects that their services will be a hot commodity and that the field will grow faster than others in the same time period. How much do financial advisors make, on average, in your state? 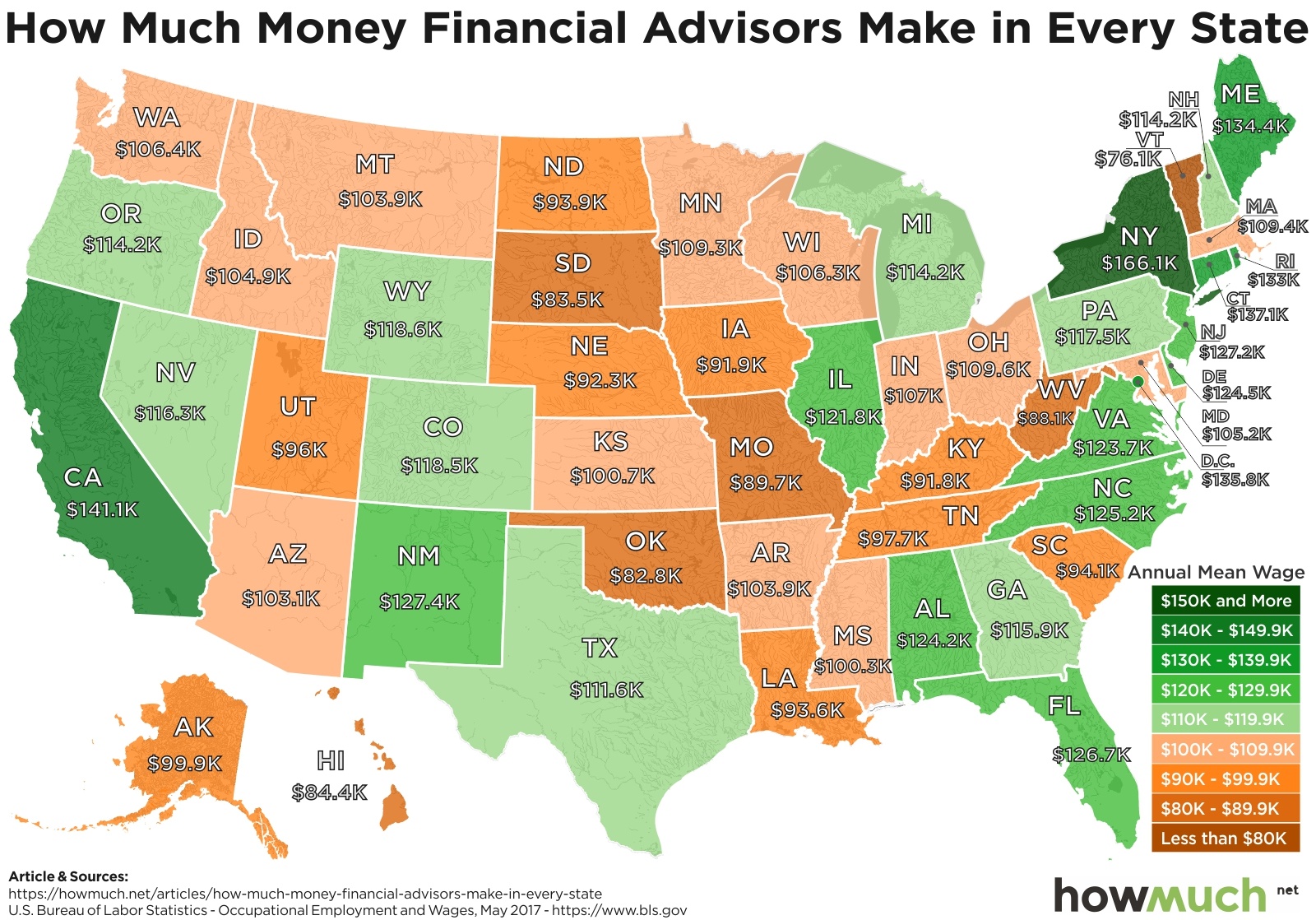 Top 5 States Where Financial Advisors Earn the Most

There’s no doubt that the U.S. population is aging. Aging people tend to want to retire, and financial planning is a big part of making that happen. Because of this, the Bureau of Labor Statistics expects the field to grow 15% between 2016 and 2026. That’s a much faster rate of growth’ than is expected of all occupations despite that robo-advisor services are becoming more common in this industry.

Despite that robo-advisor services may be cheaper, they’re not for everyone.

This means that despite the sci-fi trope about robots taking over human jobs, the technology that allows robo-advisors to operate typically works alongside real-life advisors rather than co-opting their positions.

While the numbers above won’t necessarily tell you how much you’d pay a financial planner, they might just convince you to set out on a new career path (or maybe encourage your kids to do so).

Short Selling At Lowest Level Since Collapse Of Lehman

Short sellers are on the run, with the practice of betting against the stock market at its lowest level since before the financial crisis, according to a study published... read more

Sequoia Fund's Ruane, Cunniff & Goldfarb Investor Day 2015 transcript Get The Full Seth Klarman Series in PDF Get the entire 10-part series on Seth Klarman in PDF. Save it to... read more

Hedge funds are actively pursuing all investment avenues in troubled Greece. Money managers have expressed interest in buying up not only Greek government debt and shares in Greek equities... read more

Warren Buffett's Thoughts on GEICO in 1976 by John Huber, Base Hit Investing I’ve been spending the vast majority of my time working on a number of new investment ideas, but... read more

This year has been a landmark one for America's malls. The number of mall bankruptcies has spiked along with retailers filing for Chapter 11. Shares in some of the... read more